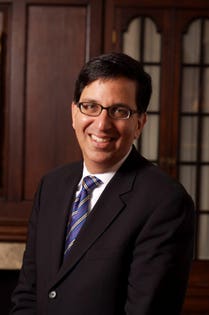 The Tax Cuts and Jobs Act, the only big piece of legislation passed by President Donald Trump, was enacted last December, but tax year 2018 is when a lot of the provisions go into effect.

It’s been called the largest overhaul of the U.S. tax code since the Ronald Reagan era, and it didn’t just cut taxes, but removed a lot of the perks homeowners and middle class taxpayers have relied on. So, when you file your taxes in April that’s when they take effect, and certain individuals and sectors of the economy are going to take big hits.

The biggest change is the repeal of deductions for state and local taxes. Going forward, an individual can only claim up $10,000 for all state and local sales, income, and property taxes together. In New Jersey, even a small house can be taxed at $25,000.

This is already having an affect on the high-end real estate market, especially blue states that have high state income taxes, such as New York, California, Connecticut, Massachusetts, New Jersey and Illinois.

“The fact they are no longer tax deductible is causing a lot of people to look at relocating their primary residence to states such as Nevada, Texas, Florida or other low-income state taxes.” said Jeff Fishman, founder JSF Financial, a financial planning and investment management firm in Los Angeles.

Manhattan’s luxury apartment sales fell 4.5% in the third quarter, and sales volume fell by more than 11% from year-ago quarter, according to a report from Douglas Elliman, one of the top real estate firms in the country. The starter market, which had been more resilient, could be losing momentum as well, according to real estate firm Halstead.

Meanwhile, in Southern California home sales fell 7.5% in October from a year earlier, according to a report released by CoreLogic. It was the third straight month of declines.

Fishman said some of the reasons for the drop in high-end properties is a lack of foreign money; onerous tax implications from the new tax law; money made on Wall Street and from hedge funds is not as high as just a few years ago. Rising mortgage rates and years of rising prices add the problem.

Fishman said he thinks businesses will relocate out of the high tax states and consider moving to states like Florida to avoid the increased tax bills.

“This will lead to a loss of jobs and create a more challenging real estate market,” he said. “Then you have decreased tax revenue which spirals into a reduction of services.”

Since most taxpayers will claim the standard deduction giving fewer people a reason to itemize deductions. Another area that took a big hit was the unreimbursed business expense, which will be a big deal for athletes and actors. Basically, if you get a W-2 tax statement from your employer, you won’t be able to deduct any of these business expenses.

“They won’t be able to deduct agency costs, agent commissions, or what you pay your business manager,” said Fishman. Other expenses not deductible include business travel, and other expenses your job doesn’t reimburse you, plus tax preparation services.

“If you’re W-2 person without outside income, it doesn’t matter,” said Fishman. “But if you have outside income, you need to set up this a pass-through entity and have the income flow through that, but there are going to be a lot of people that can’t do that.”

Another area expected to take a hit are charitable deductions. Currently about 30% of people give to charity on when they itemize their deductions. However, that is expected to drop down to just 10%, because of the increase of the standard deduction.

Fishman said that another funky provision deals with alimony. Currently, alimony is deductible, but child support is not. He said if your divorce is finalized after Jan. 1, 2019, alimony will no longer be tax deductible.

“Anyone talking about getting a divorce needs to get it finalized by the end of year,” said Fishman.

“I don’t think people have processed this,” said Fishman. “Especially, property taxes being capped at $10,000. A lot of people don’t fully understand what’s going to happen in April.”

He does offer a few recommendations.

The first is for people who have unreimbursed business income, especially entertainers and athletes, if they have non w-2 wages they need to think about setting up a corporate entity now and try to flow the non-W2 income through it and deduct expenses through there.

He adds taxpayers need to be mindful of charitable donations.

Meanwhile a lot of these provisions will expire in 2025 and if the Democrats take over the White House in 2020, all bets are off.