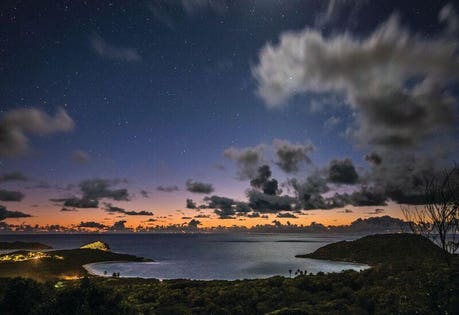 One world-class Caribbean setting is going to become even more unrivaled starting in summer 2019. That’s when Half Moon Bay Antigua, a low-density, 132-acre resort, is slated to begin construction in Antigua, the favorite vacation destination of Princess Diana and Whitney Houston, and the haunt of tycoons like Richard Branson and Georgio Armani.

From developer Replay Destinations, Half Moon Bay Antigua will feature a brand new Rosewood Hotel, an exclusive enclave of 10 villa plots listed from $10 to $25 million and 42 Rosewood-branded villa residences bearing pricetags from $3.5 to $15 million. It’s all being developed on the estate once owned by late tastemaker Rachel “Bunny” Mellon.

Canadian developer William Anderson has developed, managed and marketed an array of the planet’s most superlative residential resorts. They include The Wakaya Club & Spa on Wakaya Island, Fiji; Jumby Bay in Antigua; and Miraval Arizona Resort & Spa in Tucson, Ariz. The Replay Destinations team is delivering to Antiqua everything from an amphitheater, biodynamic farm and social and kids clubs to highly acclaimed top chefs.

First time in half century

For many years, Mellon had owned the plot of land on which much of the resort will rise. But she had left it undeveloped, to preserve the vantage point from her own estate.

The peninsula plot is available to develop for the first time in 50 years, and is drawing interested purchasers from the ranks of the one percent.

Antigua tallied multiple $20 million sales in 2017, and those acquisitions have helped spur high-net worth purchasers in New York City and London to investigate not only owning island land in general, but very specifically owning at Half Moon Bay Antigua.

Celebrated Amsterdam-based design firm Studio Piet Boon has been tapped to lead the design of Half Moon Bay Antigua. The firm will unveil a fresh, subdued, contemporary design that pays homage to time-honored Caribbean architectural sensibilities, while at the same time investing designs with a modern, decidedly environmental look. Studio Piet Boon will lead the overall architectural and interior conception for the Rosewood Residences, as well as the interior design for the new Rosewood Half Moon Bay.

“With its secluded location and breath-taking beach, Half Moon Bay is one of the world’s most stunning hidden gems, and a natural destination for Rosewood’s affluential explorers,” says Sonia Cheng, chief executive officer of Rosewood Hotel Group. “We look forward to integrating Rosewood’s Sense of Place philosophy into Antigua’s incredible natural environment to create unforgettable experiences for our guests.”

One of the most notable features of Half Moon Bay Antigua will be its location adjacent to a 27-acre national park. When the resort opens in 2021, guests will be able to not only explore that spectacular natural setting, but also avail themselves of a curated selection of distinctive activities, from exploring biking and walking trails to taking part in interactive guided experiences tailored to everyone from families to adventure travelers.

Michael Coyle, chief executive officer of Replay Destinations, has said his company is honored to be shepherding the unique project. “It is so loved by the people of Antigua and for almost 50 years attracted travelers from around the world,” he says.

”By partnering with Rosewood Hotels, who not only have a storied history in Antigua, they also bring to Half Moon Bay a philosophy and approach for their guests that focuses on the distinct culture, history and geography of each locale. Together, we believe that what we will create at Half Moon Bay, Antigua will be the finest resort in the Caribbean and one of the finest in the world.”