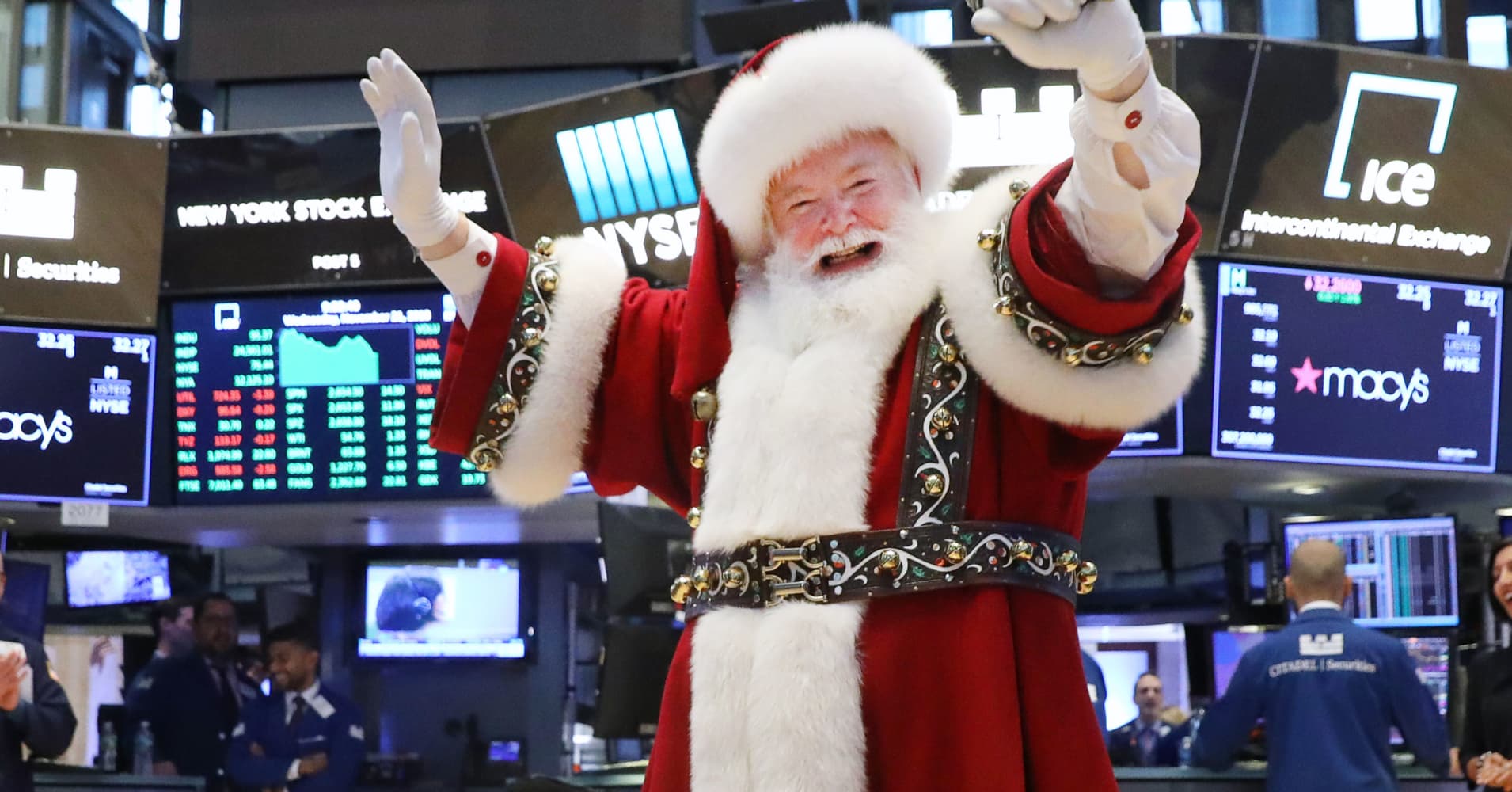 In the dust of Wednesday’s stunning 1,000-point market gain could be the makings of the long-awaited Santa Claus rally.

Though the jolly old elf traditionally visits the public before Christmas, he generally doesn’t come to Wall Street until the last week of the year. With just four trading days left, including Wednesday, it was about time for Santa to make an appearance.

“You have to respect certain aspects of today’s move,” said Quincy Krosby, chief market strategist at Prudential Financial. “The so-called Santa Claus rally is this period in the market, and that takes into account new money coming into the market.”

There are various aspects of the 1,086-point gain that Krosby sees as significant, the Santa trend among them. Prior to the rally, major averages were wobbling around bear market territory.

First off, the S&P 500 was able to hold a critical support level at 2,350, the breaking of which would have opened “the proverbial trap door” to the downside.

Second, the market has been the subject of a tremendous selling even in the face of positive fundamentals otherwise. Good news on the fundamental side — strong retail sales indications, rising oil prices and even positive headlines from the White House — helped drive a rebound.

“This helps the tone of the market. The consumer feels good enough to go out and spend,” Krosby said. “The market by every metric is oversold and has been due for a bounce.”

There also was an element of short-covering involved, where the rapid rise in the major averages helped drive those betting against the markets to hedge and drive the market still higher.

“In all viable recoveries, ones that are long-term or even short-term, they all begin with short-covering,” Krosby added. “The question is whether we see significant buying come into the market on the close.”

Indeed, the market’s strongest point was the final hour, when the Dow eclipsed its previous single-day point gain record.

More broadly, Wall Street now will be looking for additional signs of Santa. Krosby thinks that could come in the form of pension funds, which might look to window-dress their positions by dumping Treasurys at the end of the year and using the proceeds to buy cheap stocks.

That’s a process that could run counter to previous years when big stock gains helped drive a late-year push to the safety of fixed income.

“Perhaps they take advantage of the sell-off to put more of an allocation into the equity market,” Krosby said. “Remember, the pension funds have a longer time horizon than the markets that we are used to.”

Markets also seemed to rally on news that President Donald Trump has no intention of firing Fed Chairman Jerome Powell. The tense relationship between the two has been a worry for Wall Street.