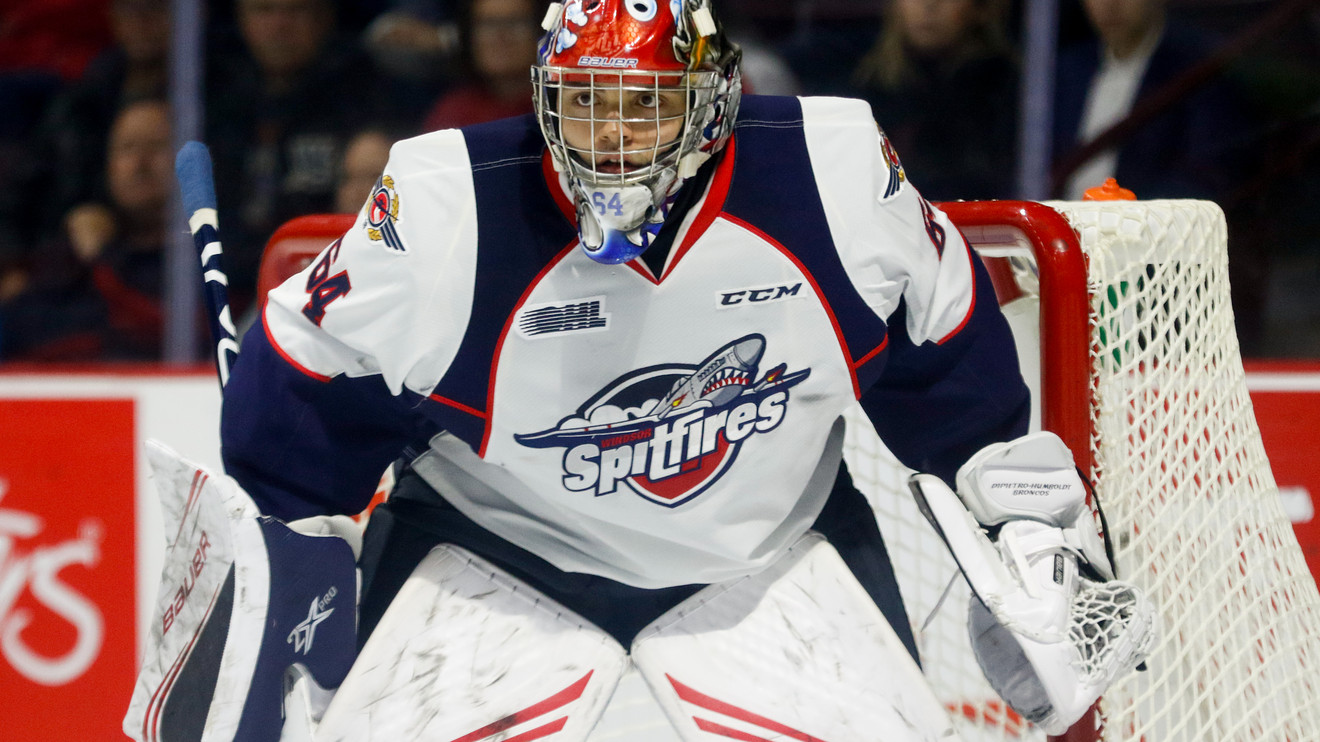 Still, the S&P 500 Index is weighted by market capitalization and a volatile October emphasized how much risk was concentrated at the top. So what’s an investor to do?

is diversified because it includes 500 companies. However, its market-cap weighting concentrates risk in large companies, many of them in the technology industry.

Here’s a breakdown of the biggest 10 (with both share classes for Google holding company Alphabet):

So 22% of the S&P 500 is concentrated in the 10 largest companies. If you consider that shares of Amazon.com

were down 17% during October, the market-cap-weighted S&P 500 certainly is top-heavy.

“You are essentially buying high when you buy a passive product.”

Over the past 10 years, countless investors have enjoyed excellent performance by pouring money into S&P 500 index funds. Many of these passively managed funds have very low management fees, and the benchmark index itself has had an average annual return of 13.3% during this period.

But one must always be careful with this type of return figure. If you go back 15 years, the average annual return (including reinvested dividends) for the S&P 500 has been a more modest 8.8%, and for 20 years it has been 6.6%, according to FactSet.

Loewengart emphasized the need for investors to be aware of their total costs, including mutual fund or ETF annual expenses and advisors’ fees, and to seek a good balance between cost, risk and diversification.

“As Vanguard and BlackRock take in flows, they have to keep buying these large-cap companies, the biggest in the universe,” Loewengart said in a phone interview. He mentioned the Vanguard 500 Index Fund

Such low expense ratios and ubiquity within corporate-sponsored retirement plans make S&P 500 index funds irresistible. Then again, “you are essentially buying high when you buy a passive product,” Loewengart said.

Still, he acknowledged their appropriateness for many investors. Rather than pushing investors to steer from the lowest-cost cap-weighted index funds, he suggested diversifying further.

Howard Gold recently wrote about the advantages of equal-weighted ETFs over standard market-cap-weighted ETFs. As the term implies, an equal-weighted S&P 500 index fund will hold the 500 stocks in equal proportions.This means a continual readjustment of the portfolio, with positions in high-flyers being trimmed, while dogs are purchased. This has the effect of lowering volatility. In recent years, this approach has trailed the cap-weighted S&P 500 Index, but Gold showed that for long periods, the equal-weighted funds have outperformed — even those focused on particular market sectors.

as an example of an equal-weighted S&P 500 index fund for investors to reallocate some of their cap-weighted index exposure. (Loewengart said no funds he mentions are recommendations.)

While acknowledging the increased expenses of the equal-weighted ETFs, Loewengart said the costs of many were “reasonable,” and that it was worth paying more for increased exposure to sectors that are typically underweighted, such as utility companies. The annual expense ratio for RSP is 0.20% — still quite low when considering that many actively managed funds easily charge 1% or more.

This year, there have been two periods of increased volatility for the market that have affected some investors who had grown used to several years of smooth sailing. The first pullback started after the Dow Jones Industrial Average

and S&P 500 hit new highs in late January, and then after a typical recovery there was another significant decline in October.

If that type of volatility bothers you — if you do not feel comfortable waiting through major swings up and down — Loewengart recommends “adding some fixed-income to your portfolio.”

This can be done with relatively low expenses through a cap-weighted bond ETF, such as the iShares Core U.S. Aggregate Bond ETF

or the Vanguard Total Bond Market

“At a real basic level, somebody who wants to do it themselves can take positions in those two ETFs for broad exposure to the bond markets. The yields are pretty low, but bonds as an asset class don’t behave the way equities do during times of volatility. Bond prices fall when rates rise, but that is nothing compared to the equity volatility we have been seeing,” he said.

“When you combine [the cap-weighted S&P 500] with a proportion of those bond funds in proportion to your risk tolerance, you will reduce the overall volatility. Typically when markets swoon, bond exposure will rise. Both of the ETFs are highly concentrated in AAA-rated and government bonds, with the latter serving as “a haven asset during difficult times,” Loewengart said.

Again, depending on your risk tolerance, you can look beyond the broad bond ETFs to shorter maturities for less volatility.

“Then you can focus on different sectors, going overweight on corporate credit and investment-grade credit. The yield advantages of corporate bonds over Treasurys can serve as a buffer during interest-rate movements,” Loewengart added.

It’s been easy to bash active-management strategies for equity funds during the bull market. A fund manager will have a particular strategy that may work out well over many years if he or she is disciplined. But when the cap-weighted S&P 500 has an average annual return of 11.4% for five years through Nov. 2, most active strategies fall behind, in part because of their higher expenses.

But the market does not always perform as well as it has done over recent years (again, the S&P 500’s average annual returns have 8.8% for 15 years and 6.6% for 20 years), and some actively managed funds have reasonably low expenses.

“This is not a question of active or passive; it is more a question of knowing what you are paying for the services you are receiving,” Loewengart said. “I am not saying you should only be passive. The most efficient way to operate is a combination of both, to end up with the best portfolio that gives you the exposure you are looking for.”

Many actively managed mutual funds have multiple share classes and when you are selecting one, you need to avoid sales charges (also called loads) while also making sure to select the share class available to you that has the lowest annual expenses. Many “class-A” shares have sales charges that are waived by large discount brokers, such as E-Trade, Charles Schwab, Ameritrade and Fidelity. Some are waived if you invest through an adviser.

which has $19 billion in assets, a four-star rating (out of five) from Morningstar and annual expenses of 0.86% for its investor shares. The fund’s institutional shares

The investor shares (the more expensive ones) have had an average annual return of 14.4% over the past five years (after expenses), which has been well ahead of the return for the S&P 500. The fund typically holds between 50 and 60 stocks, which Loewengart calls “pretty concentrated.”

“The manager really uses a value approach. There are times that their style will be out of synch with the market, and we accept that,” he said.

Loewengart emphasized that placing some money in a fund whose management team has credibility and a clear strategy helps broaden exposure. The strategy may or may not be one that has worked during this bull market. But the point is to have money exposed to an approach that is different from simply tracking the index.

Following the example, above, of a “blended” fund, Loewengart named two more examples (not recommendations) of actively managed funds with different approaches.

name describes its investment style. The fund has a whopping $51 billion in assets and a four-star rating from Morningstar. It was holding shares of 73 large-cap companies as of Sept. 30. The annual expense ratio is 0.67% and the fund’s average annual returns through Nov. 2 were 13.1% for five years, 16.2% for 10 years and 10.3% for 15 years, according to Morningstar.

as “a straight value fund.”

The fund is tremendous, for an actively managed fund, with nearly $75 billion in assets. It is rated five stars by Morningstar and has annual expenses of 0.52%. The Fund’s average annual returns were 10.4% for five years, 13.5% for 10 years and 8.9% for 15 years, according to Morningstar.

Those are only examples, and they are very large funds. But they follow different strategies.

Loewengart stressed that investors can make use of advisers, because total fees can remain relatively low if index funds are used. Robo advisers may also be appropriate for lower costs if you are looking for a simple service to create and maintain a diversified portfolio of index funds.

Most customers of E-Trade are retail customers, making their own decisions and paying no advisory fees. That is the trend for discount brokers. If you have been taking the easy route of concentrating on a market-cap-weighted S&P 500 index fund, congratulations. This has been an excellent strategy, especially if you continue to pour money in regularly and have the patience to ride out market waves.

But depending on your age, risk tolerance or objectives, this is an opportune time to consider ways of diversifying your portfolio.