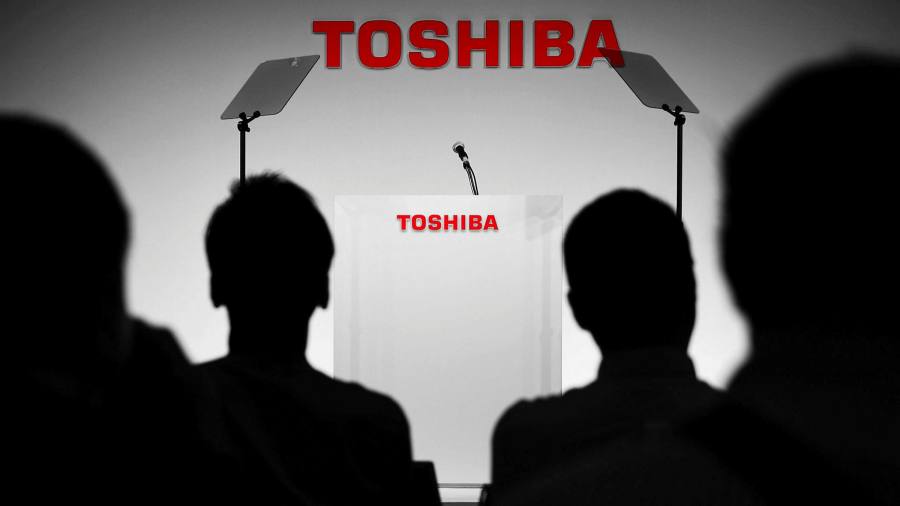 For four years, Toshiba has been at war with its investors in an acrimonious conflict that has smashed the decades-old conventions of corporate Japan.

But now, after a bruising series of clashes and defeats for the company in shareholder votes, Toshiba is poised to make history once again — with a ceasefire.

In a decision that investors believe could break a deadlock that has threatened to paralyse one of Japan’s biggest industrial groups for years, Toshiba agreed last week to appoint two independent board members from activist shareholders Elliott Management and Farallon Capital.

The move cleared the way for the 146-year-old industrial conglomerate to proceed with Japan’s biggest ever take-private deal: a potential management buyout in excess of $20bn that has drawn bids from at least eight of the world’s biggest private equity firms and will probably involve domestic investors, a state-backed fund and corporate buyers.

The appointments were also the first time a Japanese company of Toshiba’s size, prominence, technological sensitivity and proximity to the government had invited activist shareholders on to its board.

“I think that this ends the war,” said one of the company’s large, long-term holders. “Since 2018, the relationship between Toshiba and its investors has been based on deep mutual distrust. For the first time in four years, I have confidence that the board is going to actually come out with decisions that are good for shareholders.”

Mistrust between management and shareholders

Toshiba will have an opportunity to present a long-term vision for the group at a strategy meeting today that could convince potential acquirers to increase their bids after the acrimony of recent years.

The biggest source of conflict has been “information asymmetry”, said another major shareholder. The company, the person added, had repeatedly failed to be transparent in its dealings with investors and even with board members.

“The presence of Elliot and Farallon representatives creates a seal of quality on anything that the board says, particularly when it actually comes to recommending a particular bid. These are funds with the resources to do the analysis,” the person said.

A person close to Toshiba said one factor behind the information asymmetry was language difference and denied that the company had deliberately intended to withhold information.

The company’s capitulation to shareholders appeared sudden but people close to the board say it was inevitable after a fight that engulfed the conglomerate after it came close to financial collapse and being forced to delist.

Toshiba’s banking advisers explored the idea of taking a significant cash injection from a single sovereign wealth investor but the company ultimately chose an option tabled by Goldman Sachs that was more expedient: a $5.4bn issuance of new equity which would be sold to some of the world’s most aggressive hedge funds and activists.

Toshiba has fought with its new shareholders ever since.

The investors included Effissimo Capital Management, the Singapore-based activist fund that has swung a series of crucial votes against management and forced out key executives.

The shareholders have also mounted a series of challenges to Toshiba’s strategy, such as voting against a plan to split the company into three. They also defeated management this year when Toshiba came back with a plan to split itself into two.

The pivotal moment that led to the appointment of the Farallon and Elliott directors, say people close to Toshiba, occurred during that second clash when proxy advisory services ISS and Glass Lewis recommended shareholders vote against the plan.

“That completely spooked the board. They never saw that coming, and it changed everything — all their calculations,” said a person close to the company. “I think that was the moment that management realised that they couldn’t keep fighting their shareholders forever, and when they started looking for names they could put on the board from among the investors.”

Toshiba may have reached a truce with investors but the board has now been tasked with finding a consortium that will offer a price attractive enough to provide an exit for the activist shareholders.

Japanese government officials also say the proposals will need to have a strong and credible plan to rebuild the company and are concerned about the parts of the businesses that are sensitive to national security, including chips, defence, nuclear plants and quantum computing.

But the years-long turmoil has left many exasperated. “Our job is to support the competitiveness of Japanese businesses and if there are companies that are failing because of poor management, it’s not our job to prop them up. If anything, a healthy economic environment would require that they are allowed to fail,” said one government official.

Buyers circle but the process is far from over

A number of private equity firms and other players took part during the first round of bidding, which closed on Monday. They included Bain Capital, KKR, CVC, MBK Partners and Baring Private Equity Asia, according to people with knowledge of the discussions.

But Macquarie analyst Damian Thong noted that even shares of rival Hitachi are trading at a discount after a decade of corporate governance reforms. “They are unlikely to exit at a good profit if they overpay because I’m not sure there is a good IPO market for conglomerates of the type of Toshiba,” he said.

One person involved in the auction said the take-private deal may take years to finalise as the bidders negotiate to form a consortium that would be acceptable to Japanese regulators.

Even when the privatisation is complete, it would only put Toshiba at the starting line of any rebuilding process.

“This isn’t the end of the story for Toshiba,” said Chieko Matsuda, a corporate governance expert at Tokyo Metropolitan University. “Even if the company finds a financial fix by going private, what’s currently missing is the solution for the future of its businesses.”

NFT​.NYC — How the Web3 space is validating the work of digital artists
Despite Slowdown In Housing Market, These 10 Cities Have Seen The Biggest Price Growth From 2021 To 2022
US company spending on private jets for personal use hits 10-year high
Nato to increase forces on high alert to 300,000
Could this altcoin end the Crypto Winter? Why the bottom in crypto is near – Altcoin Daily