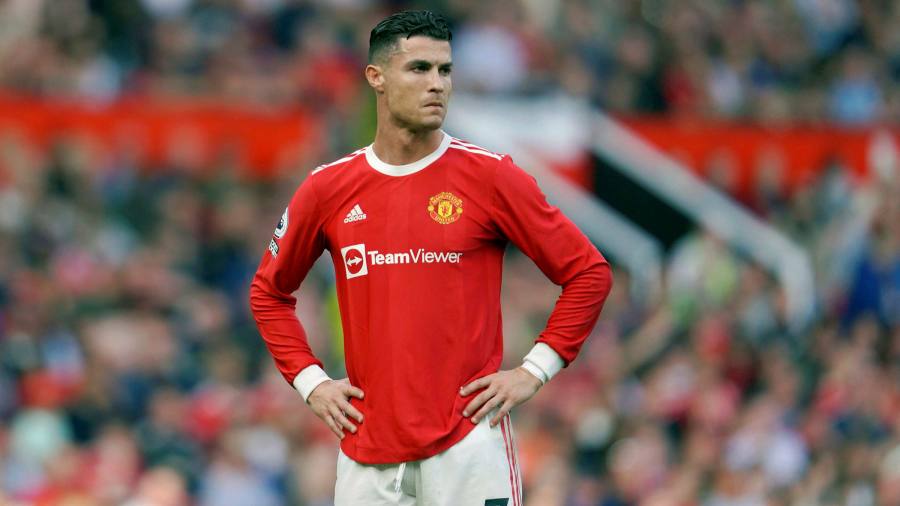 How do you play the crazy crypto market right now? Only the brave and very rich should perhaps try.

Cristiano Ronaldo is filthy wealthy and the Manchester United superstar footballer today signed his own risk-free sponsorship partnership with crypto exchange Binance, adding to a series of link-ups between crypto and sport. His deal includes the creation of a collection of CR7 non-fungible tokens (NFTs) that will be sold exclusively by the exchange.

Binance itself appears to be well insulated for this crypto winter, according to Gillian Tett’s assessment. Its business does not rely on margin trading or crypto lending, making it less vulnerable than some rivals, she says.

Crypto broker Voyager Digital seems in dire straits in comparison. Its shares crashed more than 60 per cent on Wednesday after it revealed it could lose more than $650mn it had loaned to struggling hedge fund Three Arrows Capital, which has failed to meet margin calls from several lenders. Three Arrows had bet heavily on luna, the token which collapsed with stablecoin terra in May.

Other hedgies have handled this better. Laurence Fletcher reports some computer-driven funds — which use algorithms to try to predict and trade price moves in crypto and other markets — have picked up winnings from rapid declines in assets such as bitcoin and luna. The former Lehman Brothers and Morgan Stanley trader Jay Janer estimates his Appia fund caught around two-thirds of the fall in luna’s price, making big profits from shorting it.

Alphaville reports the grassroots supporters of crypto are trying to launch a counter-offensive, inspired by the success of Reddit groups and the meme stocks they touted. Supporters of crippled crypto fintech Celsius, whose digital coin CEL has plunged 90 per cent, are advocating a “short squeeze”. Twitter user @otisa502 tweeted that if “Celsians do what Wall Street Bets retail investors did and buy CEL all the way up to $3-$5,” short conspirators will be burnt à la Melvin Capital.

But any momentum from this strategy has been shortlived. CEL is currently trading lower at around 93 cents — well below its $8 all-time high.

1. Broadcom’s VMware deal set for EU scrutiny
The wireless chipmaker’s $69bn acquisition of cloud software company VMware is set for a lengthy antitrust investigation in Brussels over regulatory concerns that the deal will harm competition. The EU fears the merger may lead to abusive behaviour, including potential future price rises, three people with direct knowledge of the transaction told us.

2. SumUp subtracts rather than adds . . .
SumUp has become the latest European fintech to be hit by the global tech sell-off, after the London-based start-up raised funds giving it a valuation of €8bn (£6.9bn), less than half the price tag suggested for the group earlier this year. Lex says down rounds damage morale and reputation, as well as diluting existing shareholders.

3. . . . but Britain’s tech sector still has good prospects
In spite of the return of tougher times, the mood of last week’s London Tech Week was defiantly upbeat, writes John Thornhill. The capital remains the venture capital hub of Europe and a Google executive tells John: “The UK has a great opportunity. The talent in science and technology is extraordinary.”

4. Policing and blowing the whistle on Facebook
Richard Waters says Facebook found its moderators got it wrong 40 per cent of the time in removing content, when it reviewed 130 cases raised by Meta’s oversight board. Madhumita Murgia watched an event featuring two Facebook whistleblowers — Frances Haugen and the less well-known content moderator Daniel Motaung.

5. Collaborative Innovation
In case you missed it, on Monday the Financial Times hosted the Collaborative Innovation award — part of the FT Innovative Lawyers series — designed to encourage creative legal brains to break out of the usual silos and produce groundbreaking work. The projects ranged from using AI to combat fraud to ways to help Ukrainian refugees. Read more about the shortlist and the three winners of collaborative innovation awards here.

Chinese tech companies continue to expand beyond the smartphone. Huawei launched its first all-in-one desktop PC in the UK on Wednesday and Xiaomi has this week released its first 2-in-1 laptop. The Xiaomi Book S features a 12.4in touchscreen and a Qualcomm Snapdragon 8cx Gen 2 processor powering Windows 11. There are dual microphones, dual 2 watt speakers, a 13MP rear camera and 5MP front camera. Add the Xiaomi Smart Pen and the magnetised keyboard and the tablet becomes a laptop with extra functionality. It is now available in the UK at a recommended price of £649.