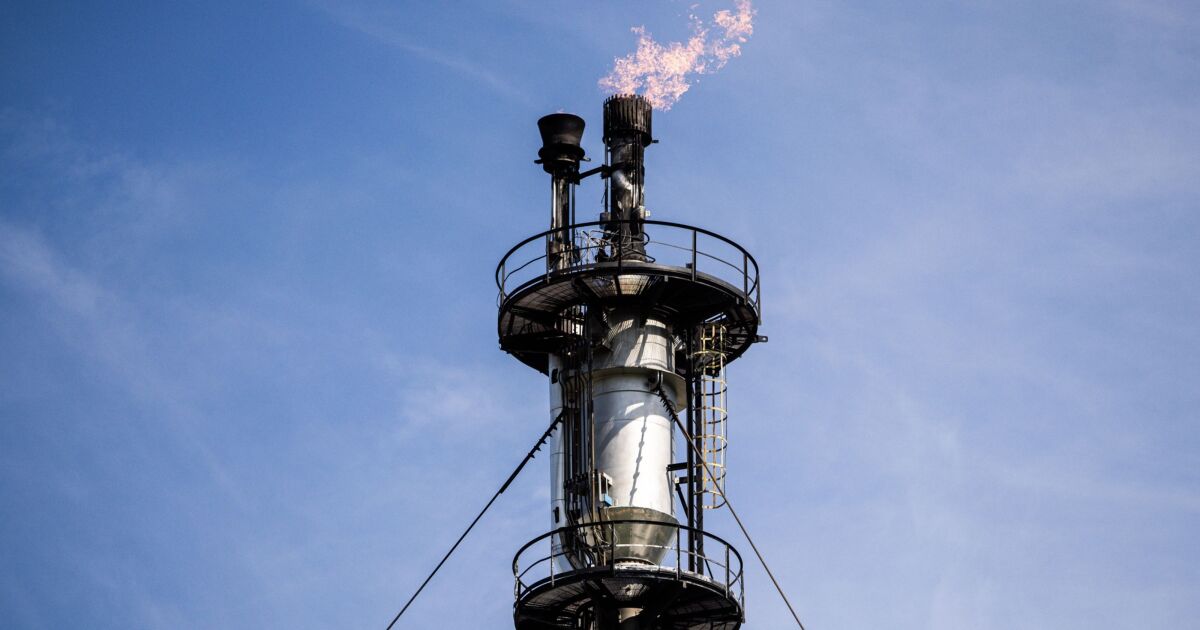 This year’s weak performance by U.S. stocks has forced many investors to recalibrate their portfolios. And they’re fleeing do-good strategies.

After more than three years of inflows, investors are now pulling cash out of U.S. equity exchange-traded funds with higher environmental, social and governance standards. May saw $2 billion of outflows from ESG equity funds, according to data from Bloomberg Intelligence — the biggest monthly cash pullback ever.

“There’s no way to know for certain why the outflows were so extreme,” said Bloomberg Intelligence analyst James Seyffart, who noted that the funds had started from a high-asset base after years of inflows. “But also ESG ETFs may be finding that people care a lot more about them in bull markets.”

About $75 million has poured into those ETFs last month, with three iShares products — ESG Aware USD Corporate Bond ETF (SUSC), ESG Aware US Aggregate Bond ETF (EAGG) and USD Green Bond ETF (BGRN) — responsible for the bulk of the flows. While a portion of those purchases could be attributed to a broader shift away from equities, Seyffart said they’re likely the result of “set-it-and-forget-it” allocations as buyers look to park cash rather than trade.

Do-good investing boomed during the pandemic, with more than $68 billion flowing into ESG equity funds in the past two years. Many believed that this momentum would continue into 2022. But the spike in oil prices since Russia invaded Ukraine has lifted fossil-fuel shares, driving the S&P 500 Energy Index to gain 59% this year even as the benchmark overall has dropped 14%.

This has made do-good investing more of a sacrifice. RBC Wealth Management recently surveyed over 900 of its U.S.-based clients and 49% said that performance and returns were a higher priority than ESG impact, up from 42% last year.

“The story has been told that you don’t have to give up returns in order to do ESG, but everyone assumed that you would get the same exact return profile as a traditional benchmark, which is absolutely not true because traditional benchmarks are not looking at ESG factors,” said Kent McClanahan, vice president of responsible investing at RBC Wealth Management.

He added that social and environmental policy can take time to implement, so investors should focus more on longer-term payoffs.

“You would think that now more than ever, people will be looking to ESG investing given what we are seeing in the energy markets and the need not to be so dependent on certain countries such as Russia and their energy and their oil and gas,” said Fiona Cincotta, senior market analyst at City Index.

That might be one reason that at least 20 ESG-focused funds have launched in the U.S. this year, netting almost $3.2 billion of inflows in 2022, according to data compiled by Bloomberg.

Yet RBC clients also expressed skepticism about the ESG label. Though nearly two-thirds said that socially responsible investing is the way of the future, 74% of those surveyed said many companies provide misleading information about their ESG initiatives.

This is an issue that could eventually be addressed through an SEC proposal for new restrictions to ensure ESG funds accurately describe their investments.

Ivy Jack, the head of equities at Northstar Asset Management, said that this year’s performance has exposed the fact that some investors were caught up in ESG as a fad and misinformed.

“If you really want to understand if someone is serious about ESG, I would first ask them to look at their portfolio and ask them to explain why all the companies are in there and how those companies relate to their values,” Jack said. “To the extent that someone can’t do that for you, well, that’s a red flag.”