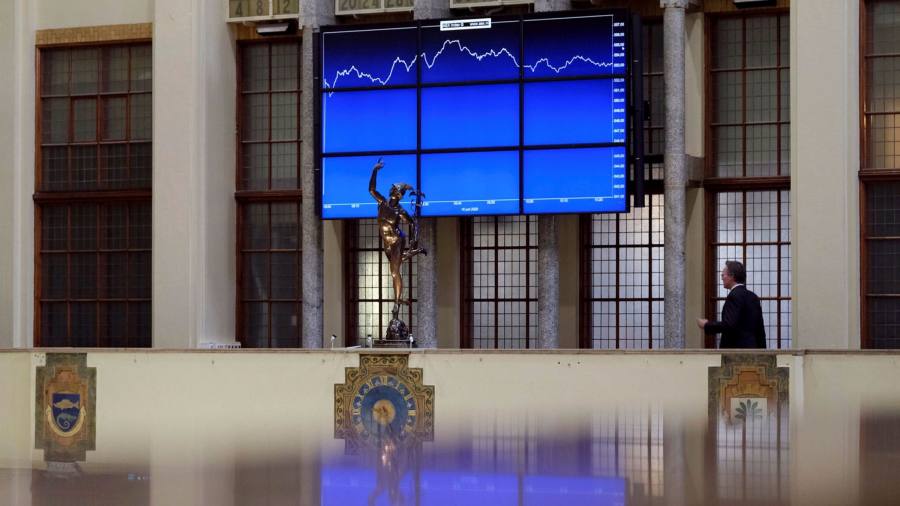 European stocks rose on Thursday after markets kicked off the new month on a downcast note, as fresh economic data intensified questions about interest rate rises and the global growth outlook.

The regional Stoxx Europe 600 share gauge was up 0.5 per cent by the late morning in London, having dropped 1 per cent in the previous session. Germany’s Dax added 0.8 per cent. UK markets were closed for a public holiday.

Those gains came even as fresh data showed that eurozone producer prices climbed at a record annual pace of 37.2 per cent in April, up from 36.9 per cent a month earlier, in the latest sign of persistent inflationary pressures. Earlier in the week, a separate inflation report revealed that annual consumer price growth in the bloc topped expectations to hit 8.1 per cent.

In Asian markets, Hong Kong’s Hang Seng lost 1 per cent and China’s mainland CSI 300 gained 0.2 per cent, with investors balancing both the easing of coronavirus restrictions in Shanghai and concerns about business health in the region. Figures released a day earlier had shown that China’s manufacturing activity contracted for the third month in a row.

Meanwhile, JPMorgan Chase chief executive Jamie Dimon said on Wednesday that investors should brace themselves for an economic “hurricane”, warning that the war in Ukraine would continue to pressure commodity markets.

Dimon also cautioned about further market volatility as the Federal Reserve begins reducing the size of its balance sheet by allowing bonds it holds to mature without purchasing new ones to replace them.

Government bond markets were steadier on Thursday after being hit by a fresh bout of selling a day earlier. That pressure had followed stronger than expected results from a closely watched survey of the US manufacturing sector, indicating that the Fed may have more room to raise borrowing costs without triggering a recession.

Meanwhile, Brent crude fell 2.4 per cent to $113.48 a barrel, having topped the $120 threshold earlier in the week as surging fuel prices compounded supply fears. The drop on Thursday followed news that Saudi Arabia had indicated to western allies it was prepared to lift oil production, should Russia’s output slide substantially due to sanctions.

“We expect Brent crude prices to remain elevated over our forecast horizon,” wrote Mark Haefele, chief investment officer at UBS Global Wealth Management. “We forecast Brent crude to trade at $115 a barrel through June 2023, higher than the levels currently indicated in futures markets.”

In currencies, the dollar index — which measures the greenback against a basket of six others — slipped 0.3 per cent, with the euro rising 0.4 per cent to just under $1.07.