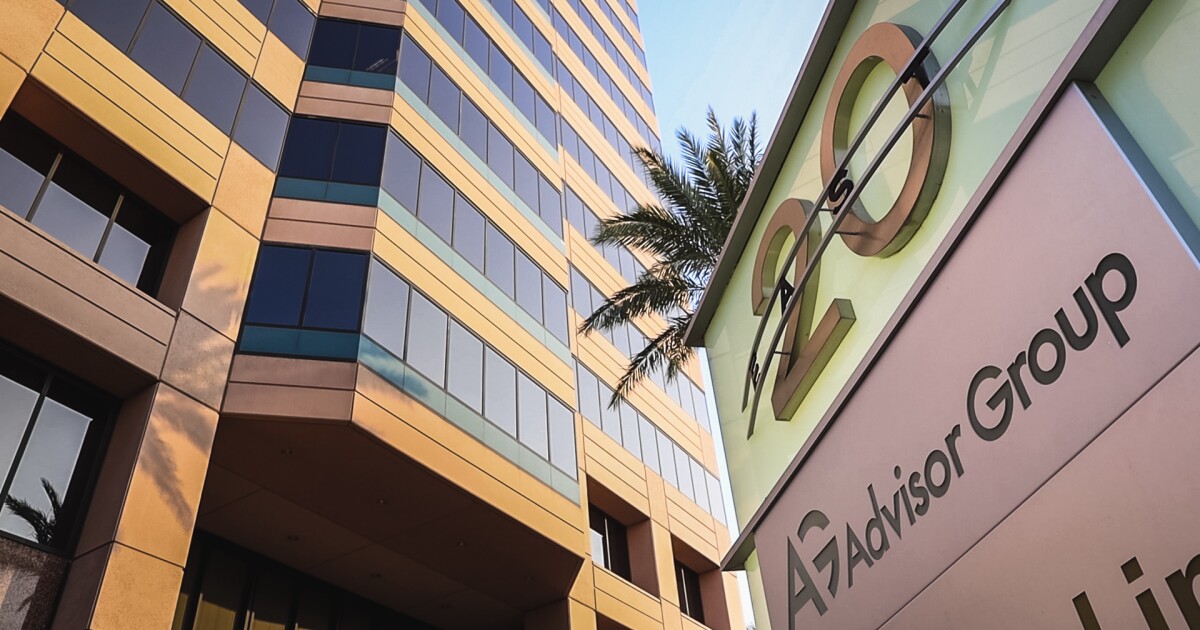 As small and midsize advisory firms merge into larger wealth managers seeking new business lines in a competitive industry, Advisor Group secured its second big deal in as many months.

The private equity-backed wealth manager agreed to purchase Holbrook, New York-based American Portfolios Financial Services, an independent brokerage and RIA spanning 850 financial advisors and 400 branches with about $40 billion in client assets, the firms said on June 22. Upon the expected close in the third or fourth quarter following regulatory approval, the deal will be the largest M&A transaction or recruiting transition of the year in the independent brokerage channel in terms of the amount of client assets, according to Financial Planning’s tracking of industry announcements. The parties didn’t disclose the financial terms.

American Portfolios has grown from only roughly 85 advisors at its founding in 2001, according to founder Lon Dolber. He has a “reputation of someone that would never sell,” but, in Advisor Group, Dolber and other members of the firm’s board and executive team found “a partnership opportunity that made sense,” he said in an interview. American Portfolios will retain the same brand, management and other aspects of its business model under Advisor Group.

The deal also fits into recent trends shaping the industry. Last month, Advisor Group unveiled its deal to acquire Infinex Financial Holdings, the parent company of another midsize wealth manager that will enable the acquirer to expand its reach among the wealth programs of banks and credit unions. Giant wealth managers and other huge firms in adjacent fields are using their capital to buy smaller companies and advisory practices at continuing record volumes of deals. Transactions and recruiting moves are bulking up the giants’ existing footprint in one area of wealth management or, in some cases, helping the acquiring firm march into another.

For example, SEI has an RIA custodian spanning $29 billion in assets, even though most in the industry know it better as a provider of outsourced investments and technology with $1.3 trillion in assets across the firm, according to Gabriel Garcia, who joined the firm’s Advisor business in May as its head of RIA client experience, business development and strategy. Garcia, a veteran executive with prior tenures as Charles Schwab, Pershing and E-Trade Advisor Services, is now leading SEI’s push to boost its RIA custodian business.

“Our biggest challenge right now is expanding the brand to be in the consideration set for existing RIAs as well as advisors in transition,” Garcia said. “We are providing a technology and custody solution that’s focused on service as a value proposition first.”

Other existing large players in one part of the industry are starting to tap into M&A deals as well. Thrivent Advisor Network, a hybrid RIA with 203 advisors and $6.5 billion in client assets that’s owned by major fund manager and financial services firm Thrivent, is currently working on its first acquisition under a partner model aimed at succession planning, said Carolyn Armitage, the head of the firm appointed last year. Stock volatility and rising interest rates have yet to slow down the pace of deals, but the higher rates could have an impact on the flow, she said.

“There may be some firms that have challenges getting additional capital for deals,” Armitage said. “The larger the deal, the more challenging it can be to combine the two cultures together. While the economics can be very rich, the biggest risk in all of this is the culture component and really bringing to life what’s on the spreadsheet and operationalizing it.”

American Portfolios will represent Reverence Capital Partners-backed Advisor Group’s eighth brokerage after it and Infinex have come into the fold. At $3.97 billion in revenue last year, Advisor Group is the third-largest wealth manager in FP’s annual IBD Elite study. In 2021, the firm’s trailing 12-month leverage ratio of debt to adjusted EBITDA dropped to about 7x from 10.5x, according to Moody’s Investors Service, which affirmed Advisor Group Holdings’ rating of “B3” with a stable outlook last month after the Infinex announcement.

“The acquisition will expand Advisor Group’s total addressable market through the addition of a dedicated channel to serve financial institutions and their clients,” Hack said. “Advisor Group has a strong track record of successful acquisitions, as evidenced by timely integrations and realization of synergies. The company has identified substantial synergies associated with the Infinex acquisition related to vendor and strategic partner contract alignments. Given the readily identifiable nature of these synergies as well as the company’s strong track record, we expect the bulk of these to be realized within a year of the expected July closing of the transaction.”

Advisor Group’s next acquisition will usher in a firm that has reached the top 20 largest independent wealth managers and was searching “for continuity of the business” beyond Dolber, who’s now in his late 60s, he said. After the completion of the deal, he’ll take on the title of vice chairman of Advisor Group reporting to CEO Jamie Price in addition to keeping his role at American Portfolios. Dolber’s father, Hy, first brought him into the financial services industry in 1978. It’s not clear whether Advisor Group will pay retention bonuses to American Portfolios’ advisors, who have equity in the firm as part of their compensation.

“We should have very good retention with our brokers,” Dolber said. “They will all at some point realize value from this transaction — every advisor — that’s the way this firm is built.”

Stocks making the biggest moves premarket: Winnebago, La-Z-Boy, Revlon and others
Top 10 largest gold mining companies in Q1 2022 – report
What business can learn from the UK’s public sector strikes
American Securities Association to SEC: Do not shorten trade reporting window
Are They Calling For An Insurrection?