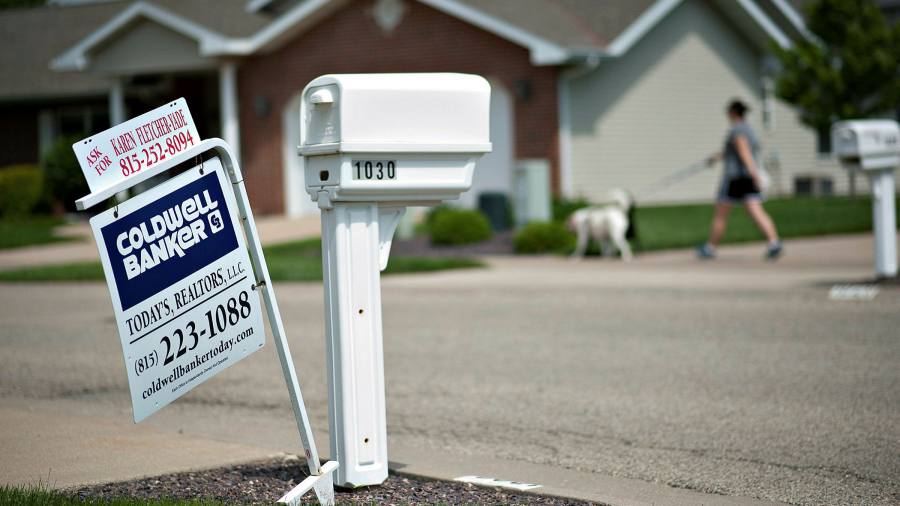 European equities and US stock futures wavered on Thursday as traders awaited a batch of data that will provide further clues about the outlook for the US economy.

Markets have been choppy in recent weeks as traders brace themselves for central banks, led by the Federal Reserve, to tighten monetary policy even as concerns increase that global growth is faltering.

A trio of US economic reports could shed further light on the state of the world’s biggest economy. A second reading on US gross domestic product and weekly jobless claims figures are due at 8.30am ET.

The GDP report is expected to show economic output declined at an annualised pace of 1.3 per cent in the first quarter, a Refinitiv survey of economists shows, slightly better than the initial reading of a 1.4 per cent contraction.

However, economists have broadly attributed the decline to a widening trade deficit as opposed to any weakening in consumption, which makes up a large share of GDP.

Later, a report on pending home sales, a forward-looking indicator, is expected to show that signed contracts to buy previously-owned homes slid 2 per cent in April from the previous month. The report follows data showing sales of newly built and existing homes both declined in April.

The economic reports will be published after minutes from the Fed’s early May policy-setting meeting, released after the European close on Wednesday, showed the central bank was prepared to assume a “restrictive” policy stance. Most official’s on the Federal Open Market Committee agreed on the need to keep increasing the Fed’s main interest rate — set at a range of between 0.75 per cent and 1 per cent — by 0.5 percentage points “at the next couple of meetings”.

“No doubt FOMC members are well aware of the risk of a recession caused by yanking up interest rates,” said Antje Praefcke, senior currency analyst at Commerzbank. “However, as inflation was at the forefront of everyone’s minds in early May, it should not have come as a surprise that the minutes do not reflect any thoughts of a recession or hard landing.”

Futures for the blue-chip S&P 500 index and tech-heavy Nasdaq 100 were both little changed. In Asia, Hong Kong’s Hang Seng index was down 0.3 per cent and Japan’s Topix index was flat.