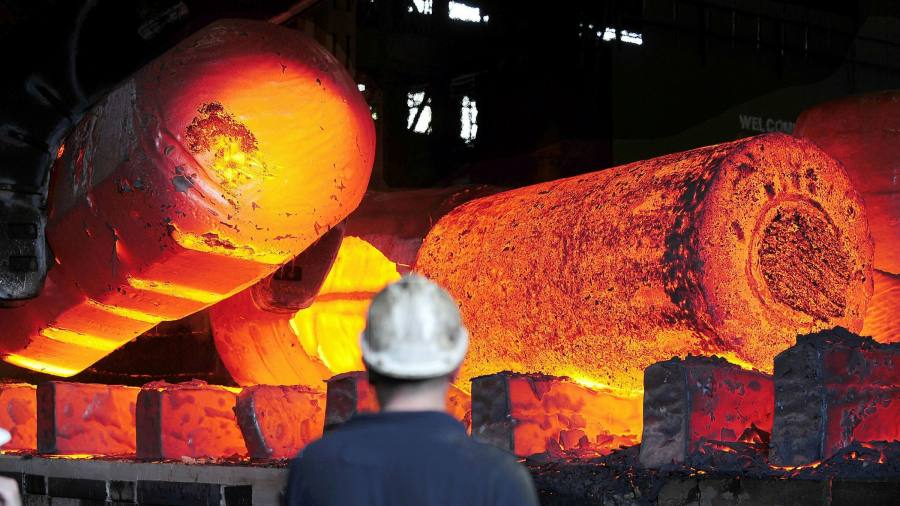 British industry has reacted with dismay after the government signalled it had little appetite to provide immediate financial support to energy intensive users struggling with soaring gas and electricity prices.

But Lee Rowley, junior business minister, wrote to the Energy Intensive Users Group last week playing down expectations of any intervention. He pointed out in the letter, seen by the Financial Times, that the most exposed sectors had received “extensive support” for a number of years, including “more than £2bn to help with the high electricity prices”.

The letter, stopped short of ruling out any help and said the government remained committed to a “dynamic manufacturing base”.

A subsequent meeting with Kwasi Kwarteng, the business secretary, last Thursday subsequently failed to make any progress, according to three people familiar with the situation.

One industry executive warned that the government’s approach increased the risk of some companies having to shut down production. “Our plea to the government was ‘don’t leave it until that happens, because if you do, then the ability to restart some industries may have gone’. These are heavy industrial processes that you can’t just switch on and off.”

A second executive added: “We are not looking for handouts. We are asking for policy engagement.”

Business leaders were particularly irritated by the £2bn claim in Rowley’s letter which they said made no mention of the costs levied on industry to meet the shift to renewables targets, which is estimated at up to double that figure. “It was disingenuous, to put it kindly,” said one.

Richard Leese, chair of the EIUG, declined to comment on the meeting. But he added: “The reaction from government so far does not seem to recognise the immediacy of the situation.”

Ministers are reluctant to step in when no company has yet failed or had to tap shareholders or the capital markets for funding, although some factories have curtailed production at times of peak energy prices.

“Last Autumn, trade bodies warned there would be Armageddon without urgent support. Turns out lot of firms were well-hedged and had support from parent companies, so understandably ministers are reluctant to throw around taxpayer cash without proper due diligence this time,” said one government official.

The government said that it would “continue to engage constructively with industry to understand and to help mitigate the impacts of high global gas prices”.

Heavy industry has also stepped up pressure on the government to intervene in the carbon market next week to cut the amount they have to pay for emission permits.

As part of Brexit, the UK launched its own emissions trading scheme last year. Consistently high prices since September triggered the UK’s “cost containment mechanism” (CCM) for the first time last month, which obliges policymakers to consider whether to intervene in the market.

At the time, the government held off but the CCM was triggered again at the start of January and it will have to decide by next Tuesday whether to act. This would involve increasing the supply of permits to bring down the price.

Executives said that if the government brought the carbon prices back in line with those of a year ago, energy intensive companies could avoid more than £470m in extra annual costs.

Gareth Stace, director of UK Steel, urged the government to act and said it represented “an opportunity . . . to contain the runaway costs for electricity being suffered by the steel sector and to reduce energy bills across both industrial and domestic markets”.