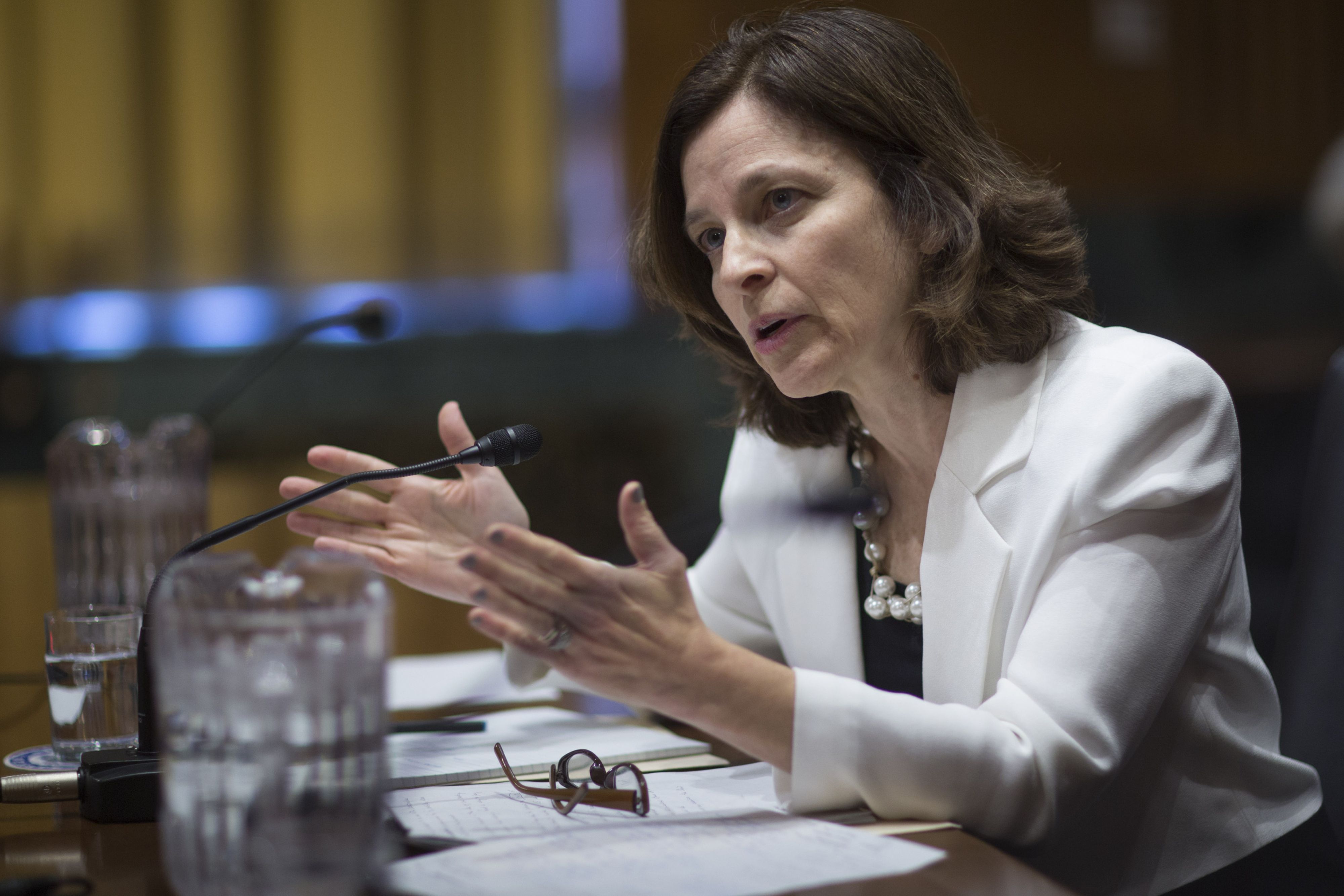 President Biden picked Sarah Bloom Raskin to be the Federal Reserve’s top banking regulator and Lisa Cook and Philip Jefferson to be governors, people familiar with the decision said Thursday, completing his overhaul of leadership at the U.S. central bank.

The selections keep a Biden promise to improve diversity at the Fed while adding potentially dovish voices to a policy debate as officials seek to contain the hottest inflation in nearly four decades without damaging a job market still healing from COVID-19.

Jerome Powell — whom Biden chose in November for another four years as chair, with Gov. Lael Brainard being elevated to vice chair — flagged inflation, along with the coronavirus, as the chief threats to the recovery last month as the central bank accelerated its wind-down of pandemic stimulus and signaled it might raise interest rates three times in 2022. Investors expect the first of those hikes in March.

Cook, an economist at Michigan State University, would be the first Black woman to serve as a Fed governor. Jefferson, an economics professor at Davidson College in North Carolina, would be the fourth Black man on the board of the central bank in its 108-year history.

The selection of Raskin as vice chair for supervision responds to progressive demands for someone who will bring a more pro-regulatory posture to the position than her predecessor, Randal Quarles, who was roundly criticized by Democrats as being too lenient on Wall Street.

Democrats such as Sen. Elizabeth Warren of Massachusetts and progressive groups have had a keen interest in who fills the job, publicly calling for somebody who would stand up to megabanks.

The supervision vice chair is Washington’s premier banking overseer, established by the Dodd-Frank Act after the 2008 financial crisis. The official leads the supervision of financial institutions such as JPMorgan Chase and Goldman Sachs Group and will likely influence decisions from bank capital rules to how to police the cryptocurrency industry.

Raskin is likely to be assailed by Republicans, who have been railing against what they see as mission creep outside of the Fed’s narrow statutory mandates, including on issues like climate and racial justice. If all 50 Republicans unite against her, she would need every Democrat in the Senate to support her in order to be confirmed.

Sen. Pat Toomey of Pennsylvania, the top Republican on the Banking Committee, said Tuesday he has “serious concerns” about Raskin ahead of what was seen as her likely nomination.

Raskin “specifically called for the Fed to pressure banks to choke off credit to traditional energy companies and to exclude those employers from any Fed emergency-lending facilities,” Toomey said in a statement to Bloomberg News.

Senators were notified of Biden’s selections on Thursday night. The White House does not plan for the nominees to appear at an event with Biden, a person familiar with the matter said.