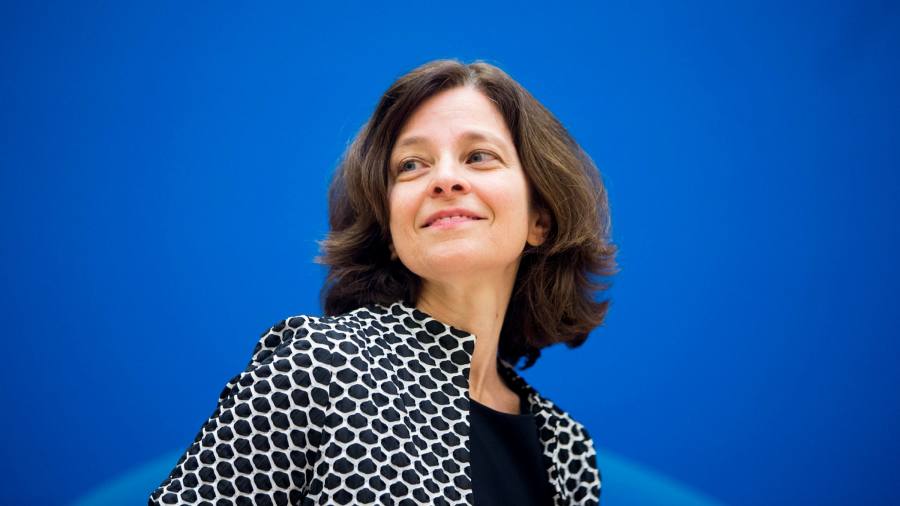 The US president on Thursday night sent Raskin’s nomination as the Fed’s vice-chair for supervision to the Senate, where she will have to be confirmed for the post, according to a person familiar with the matter.

The selections conclude months of deliberations within the Biden administration over the Fed’s top positions, including the decision to nominate Jay Powell for a second term as chair and Lael Brainard, a sitting Fed governor, to be vice-chair.

Powell and Brainard testified at their confirmation hearings before the Senate banking committee this week, vowing to prioritise the fight against inflation in monetary policy as price growth soared to its highest level in about four decades.

Raskin, a law professor at Duke University who served as the deputy Treasury secretary during Barack Obama’s presidency, has long been considered a leading contender for the position. She was previously a governor at the Fed and enjoys broad support among Democrats.

Raskin, 60, was initially nominated to a role at the Fed in 2010 alongside Janet Yellen, who later became Fed chair and who currently serves as Treasury secretary. Raskin played an integral role at the central bank in implementing the sweeping Dodd-Frank legislation that sought to overhaul the regulation of banks after the global financial crisis.

At the Fed, she also focused on addressing income inequality and bolstering consumer protection, work she continued at the Treasury department, in addition to leading on cyber security-related issues.

More recently, Raskin, who is married to Jamie Raskin, a Democratic member of the House of Representatives from Maryland, has become a vocal advocate for bolder action from the central bank and other regulators in addressing financial threats stemming from climate change.

“In light of the changing climate’s unpredictable — but clearly intensifying — effects on the economy, US regulators will need to leave their comfort zone and act early before the problem worsens and becomes even more expensive to address,” she wrote in September.

Republican lawmakers have taken issue with the Fed engaging with topics such as climate change, pressing Brainard during her confirmation hearing on Thursday about her support for more proactively considering environmental risks.

Pat Toomey, a Republican senator from Pennsylvania, expressed reservations with Raskin’s stance on curbing lending to fossil-fuel intensive companies and Fed support for the industry in a crisis.

“I have serious concerns that she would abuse the Fed’s narrow statutory mandates on monetary policy and banking supervision to have the central bank actively engaged in capital allocation,” Toomey said in a statement. “Such actions not only threaten both the Fed’s independence and effectiveness, but would also weaken economic growth.”

Powell has previously said climate change “is really an issue that is assigned to lots of other government agencies, not so much the Fed”, and that the central bank was not and did not “seek to be climate policymakers” — comments that have been criticised by progressives.

But he has also said that he would welcome regulatory changes to the banking sector from the central bank’s next vice-chair of supervision.

When asked in November by Elizabeth Warren, the Democratic senator from Massachusetts, whether he would “defer” to the vice-chair for supervision, Powell said: “I would expect to have a perfectly normal, good constructive working relationship” with whoever was confirmed.