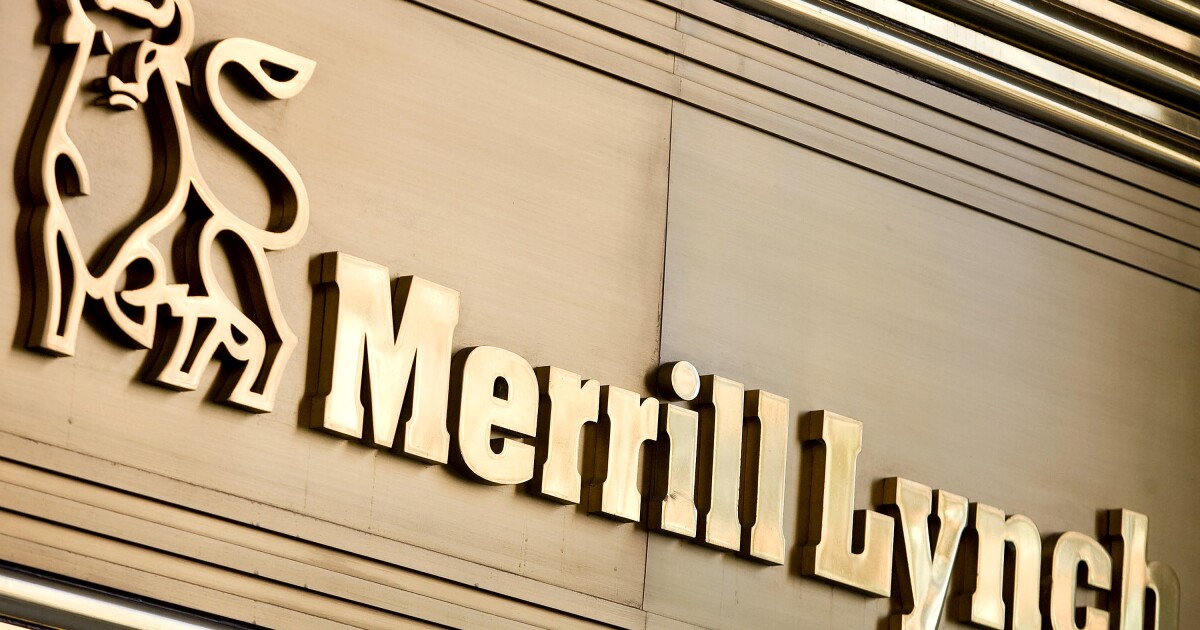 The total liability for a giant wealth manager found to have smeared a former broker with false and defamatory statements amounts to a filing fee of $25.

In the latest example of a system that some financial advisors and attorneys describe as giving brokerages the ability to besmirch their ex-registered representatives with no opportunity for appeal before the allegations become public and few consequences for defamation, a financial advisor won expungement of Merrill Lynch’s false claims but no damages in FINRA arbitration. The Nov. 17 decision by arbitrator Steven Gary Leventhal cited “the defamatory nature of the information” supplied by Merrill Lynch in its Form U5 termination entry.

“The information for which expungement is sought has no meaningful regulatory or investor protection value,” Leventhal wrote in a brief explanation included in the decision. “The statements set forth in the amended Form U5 are false. No evidence of a specific allegation against the claimant was presented at the hearing. The statements are of a nature that would tend to injure the claimant in his business, trade or profession, and are defamatory.”

Despite taking Merrill Lynch to task for its conduct after the November 2020 resignation of New York City-based Morgan Stanley broker Lawrence Casey Ennis, Leventhal found the firm liable for only a payment of $25 to reimburse the former rep for the non-refundable portion of his filing fee. Defamation awards that require brokerages to pay attorney fees are rare, let alone decisions mandating any significant damages, according to experts.

Leventhal declined to discuss the case, saying in a phone call that “the decision speaks for itself.”

Representatives for Merrill Lynch declined to comment on the case. In the firm’s statement of answer to the arbitration filing, Merrill Lynch denied that it had defamed Ennis and requested that Leventhal order the rep to pay any costs and fees from the case.

Representatives for FINRA, where CEO Robert Cook has called for stakeholders to convene for discussions of reforms to broker expungement cases involving client complaints but hasn’t discussed U5 defamation cases, didn’t respond to requests for comment.

“FINRA has established policies and procedures to ensure that information submitted to and maintained in the CRD system is accurate and complete for investor protection purposes,” Leventhal wrote in the decision without elaborating. The wealth management news outlet AdvisorHub first reported the decision earlier this week.

Case in context
Reached by phone, Ennis said that he hadn’t even known that the firm alleged he was under investigation for a potential violation of its “do-not-call” policy until nearly three months after he left Merrill Lynch. His attorney informed him that there was no precedent for winning attorney fees in a case of this type, so Ennis didn’t file any claims for them. They sought just $1 in damages partly because the priority was clearing the falsehood from his regulatory record rather than going after a large payout, he said.

“It had absolutely nothing to do with my departure from the firm at all,” said Ennis, who has a seven-year tenure in the industry. “As someone young in the business, I had to at least give this a shot. It wasn’t something that I did.”

State laws in New York and California give brokerages like Merrill Lynch and its giant peers a shield of “absolute immunity” from money damages even in cases where former reps can present evidence of intentional defamation, said attorney Robert Herskovits of Herskovits PLLC. Last year, a former Wells Fargo Advisors rep won a notable award granting her $30,000 toward her attorney fees after an arbitrator found that the firm made a defamatory disclosure. But that case is a significant outlier.

“It’s an unfair system in my opinion,” Herskovits said in an interview earlier this month. “FINRA arbitrators are very tight-fisted about defamation cases.”

Those who aren’t may wind up suffering consequences, according to attorney Steven Gomberg of Lynch Thompson, who notes that firms can veto arbitrators out of the selection pool ahead of future cases. One of Gomberg’s own clients in December 2019 won what he calls a “unicorn” decision that will almost certainly reach $13.5 million with accruing interest in fees, an award that was upheld for a second time earlier this month when a court dismissed UBS’s latest appeal. The arbitrators, Gomberg said, “are unlikely to ever be chosen in the future.”

Arbitrators won’t provide punitive damages “even if they find that a firm was defamatory in terms of their U5,” he said. “They know that’s the end of their career as a FINRA arbitrator.”

Moving forward
Ennis can go on in his career with a clean BrokerCheck after the expungement of Merrill Lynch’s allegation, although he acknowledges he has paid much more than $25 after hiring an attorney to represent him in the arbitration.

The case revolved around an amended Form U5 that Merrill Lynch submitted to FINRA roughly a week before Christmas last year and the month after Ennis resigned from the firm. The decision grants expungement without the usual court order needed to confirm the award “because of the defamatory nature” of the information in the amended Form U5. In addition, the Central Registration Depository no longer lists Ennis as having been terminated.

His practice manages about $220 million in client assets on behalf of 85 households. Ennis fielded questions from some clients and prospective clients after Merrill Lynch slapped the disclosure on his record, so he didn’t want to deal with any more queries about whether he tried to contact someone on the “do-not-call” list in the future, he said.

“It just created an unnecessary conversation or a potential conversation that I don’t think anyone would want to have,” Ennis said. “I was explaining something that I didn’t do, which was obviously proven by the ruling. I just thought it was unnecessary to be talked about. It created a hurdle that didn’t need to be there.”