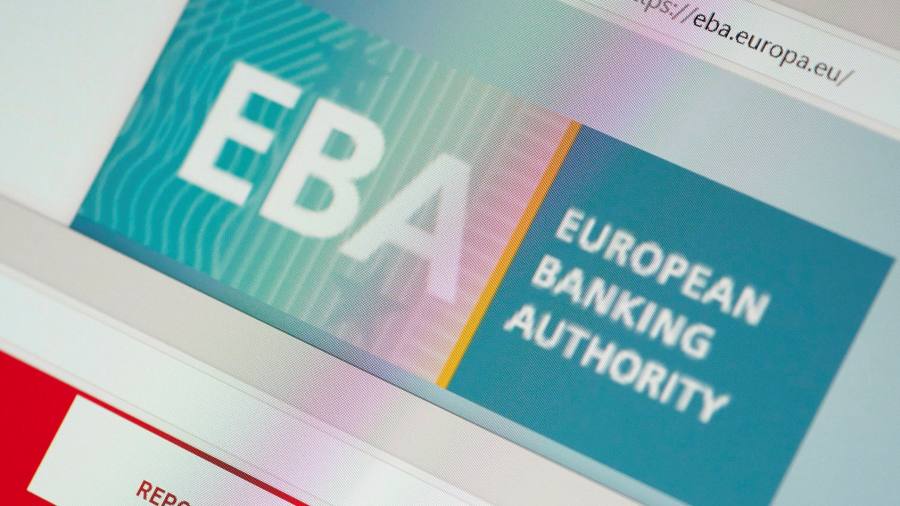 European regulators will examine whether lenders downplayed the potential cost of bad loans during the pandemic by sidestepping new accounting rules on when provisions should be taken against entire industries.

The European Banking Authority, which sets rules for lenders in the bloc, said bank loan-loss provisions could have been “significantly affected” by their failure to use the “collective assessment” method included in accounting standards introduced three years ago.

Under collective assessment, entire groups of borrowers are moved into a category with higher loan-loss charges, known as Stage 2, because they are all deemed to be at risk from the same negative factors. Banks can avoid this if they can demonstrate they have the capacity to analyse all the loans individually or have another method that is just as robust.

“We were surprised the collective assessment was not used more,” said Delphine Reymondon, a divisional head at the EBA, of the finding that just over a third of banks were using the measure as of June 2020. “The question is that if you don’t use it during this [pandemic] period, then when do you use it?”

In its report on the implementation of the new accounting standards, which have generally led to the earlier recognition of loan-loss charges, the EBA cited “concerns” about whether the failure of some banks to use collective assessment resulted in a delay in borrowers being moved to Stage 2, saying this could have “significantly affected” final loan-loss provisions.

The EBA added that the lack of collective assessment “does not seem to be justified” and was a “point of attention for supervisors and regulators”.

Reymondon told the Financial Times that banks may be “reluctant” to use collective assessment because “moving an entire portfolio [of loans] to stage 2 leads to a high impact [on expected losses]”. The relatively low use of collective assessment will be an “important area of further scrutiny for supervisors,” she added.

European and US banks made huge provisions for loan losses earlier in the pandemic as they contemplated mass defaults while economies were shut down. Unprecedented support packages from governments held the worst of the losses at bay, enabling banks to release some of those provisions in late 2020.

Still, some argue that banks will not feel the full impact of losses related to Covid-19 until the crisis comes to an end and support measures are withdrawn, setting the scene for difficult decisions as banks calculate their final provisions for 2021.