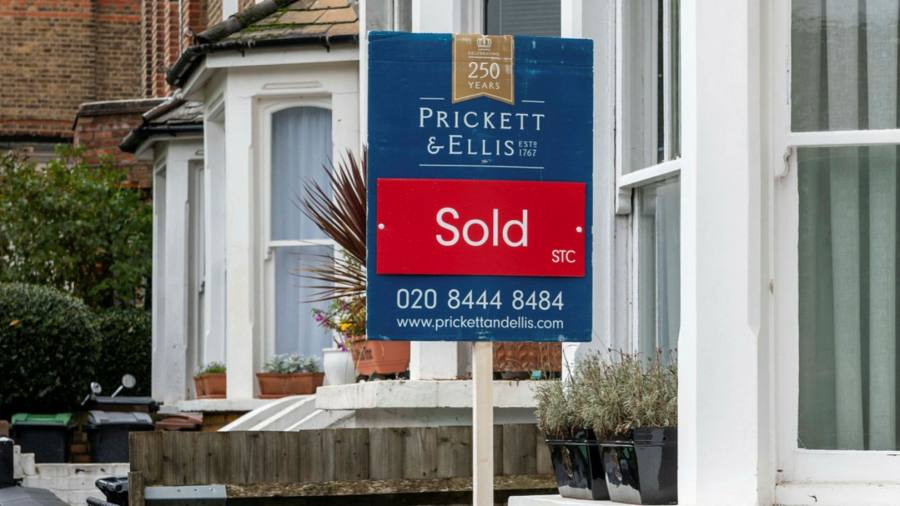 Click here to listen to the latest news in less than three minutes. Top Stories Today is an audio news digest that gets you up to speed on the day’s top headlines. Listen every weekday by clicking here.

Home buyers in England received a £6.4bn tax break from the stamp duty holiday introduced after the first coronavirus lockdown, with roughly half the savings benefiting those who bought properties over £500,000, according to an analysis by property agent Savills.

The figure, based on an analysis of official data, underlines the scale of the hit to tax revenues from the measure. It was introduced by Rishi Sunak, the chancellor, in July last year to boost the housing market after the pandemic restrictions were lifted.

But property experts questioned how much the stamp duty holiday had affected buyer behaviour, given low interest rates, and whether the stimulus was necessary with the level of pent-up demand at the time.

“I think they [the Treasury] will look back on it and realise it’s been quite a generous tax break at a time when the market is quite strong” — Lucian Cook, Savills’ head of residential research.

Do you think that the tax break was too generous? Why? Share you thoughts with us at firstft@ft.com. Thanks for reading FirstFT Europe/Africa — Jennifer

Five more stories in the news

2. Biden nominates Powell for second term The US president has nominated Jay Powell to serve a second term as chair of the Federal Reserve, opting for continuity as the American economy confronts persistently high inflation and patchy labour market recovery. Here are the challenges Powell will face.

3. Founder describes Theranos’s mission to jurors Elizabeth Holmes, accused by US prosecutors of defrauding hundreds of millions of dollars from investors, took the stand in her own criminal trial, telling jurors: “We thought this was a really big idea.”

Civic service for MP David Amess Mourners will reflect on the significant contribution of public service made by David Amess, the Southend West MP who was killed at a constituency surgery meeting last month.

IAEA chief meets Iranian officials Rafael Grossi, head of the International Atomic Energy Agency, will meet officials in Tehran ahead of next week’s meeting of IAEA’s board of governors. (Reuters)

MPs debate Health and Care bill amendment The failure of successive UK governments to anticipate the NHS’s workforce needs will be in the spotlight. The bill amendment would require ministers to publish biennial independent workforce projections to ensure clinical staff in training meet future demand.

Business activity data Closely watched IHS Markit flash composite purchasing managers’ surveys will provide an idea of how economies in the eurozone, Germany, France, the UK and the US have fared in recent weeks.

What else we’re reading

How Tesla gained influence over the markets The carmaker’s role in the ebb and flow of the stock market, otherwise called the “Tesla-financial complex”, is greater than its $1.1tn valuation implies. Robin Wigglesworth looks at the web of dependent investment vehicles, corporate emulators and an enormous associated derivatives market behind its influence.

Making social media less ‘viral’ We are constantly contending with online rumours that spread like the plague, writes Madhumita Murgia. Can we interrupt these waves of hyper-transmission, just as we do the spread of viruses?

China’s exiled crypto machines The country’s ban on cryptocurrency mining in May triggered an exodus of miners and a global race to relocate millions of the clunky machines they use to earn bitcoin. From Venezuela to Russia, data collected by the FT map where the machinery ended up.

Corporate America’s unfair parallel justice system The US is famed for its litigiousness. Yet a phenomenon spreading through the economy in recent decades has resulted in millions signing away the right to have their day in court: mandatory arbitration. Sarah O’Connor explains why.

How to nudge an asteroid off course There is always a touch of Hollywood about a rocket launch, but the Nasa mission due to leave earth this week is more dramatic than most, writes Anjana Ahuja. The mission is a dummy run to slam a spacecraft into an asteroid and change its course.

Thank you to readers who shared their views on US president Joe Biden considering a diplomatic boycott of the Beijing Olympics.

“If the US boycotts the Beijing Olympics for diplomatic reasons then it will affect the world economy. On the other hand, if I consider only Uyghurs and the genocide, I strongly support the diplomatic boycott. As a person who grew up in a small nation that also suffered from genocide and oppression by the Japanese government, I wish the US government would speak up more loudly for the minority ethnic groups in China.” — Minhee Kim, Seoul, South Korea

“A boycott of the Beijing winter Olympics by the US will backfire on the co-operation needed to move forward on the most pressing issues the world is facing right now . . . More trust between the two powers is what is needed rather than insult. The recent reach-out by the Biden administration to start a dialogue with its rival sets a better example for resolving geopolitical differences.” — Gijs Holstege, The Hague, Netherlands

Health Insurance: Paying for Pre-Existing Conditions
Is The US Engaged In A Monetary Cold War With Russia? (Or Will The US Become A Tightener Rather Than A Loosener?)
Munis ignore UST volatility for now
America’s Two Fast-Approaching Fiscal Deadlines: Dec. 3 & Dec. 15
Needham Sticks to Its Buy Rating for Viomi Technology Co (VIOT)