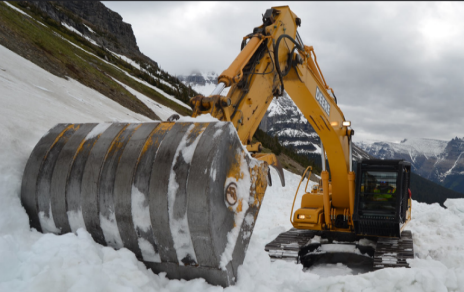 Oil could hit $90 a barrel and copper could see between $11,000 to $12,000 a tonne, said Goldman Sachs’ Global Head of Commodities Research Jeff Currie on Bloomberg.

Copper prices rose today on decades-low supplies and an extreme shortages, according to a report from Reuters. Three-month copper on the London Metal Exchange rose 1.5% to $10,351 a tonne. U.S. Brent Crude prices have more than doubled in the past year and traded above $85 a barrel today.

Metals are in a super cycle due to a confluence of events after the pandemic, and the resource sector can’t keep up due to years of under investment.

With years of poor returns in the resource and energy space, investors are not investing anytime soon. Adding more oil supply from the U.S. is problematic, since oil producers haven’t been investing, and getting them to invest is going to require a much higher oil price.

“Today the focus is on return on equity. The focus here is not on the dollar price of oil, but where [the energy investor’s] stock price is and the access to capital,” notes Currie.

Currie adds that environmental social governance hurdles create an even higher hurdle rate for getting oil producers to invest.

“There is a cost of capital associated with de-carbonization and we’re going to find out what that cost is,” said Currie.

High oil prices cascade into refining. Aluminum, which has high energy needs, has seen prices skyrocket. Zinc has also run up due to European smelters having to close.

“When the wind quit blowing, the market had to replace that wind power generation with natural gas, and there was no gas, which created a massive price spike,” said Currie.

“[These] transient events are going to have higher probability and more frequent in nature. There is a persistency of transitory events.”

Currie defines a super cycle as bottom up and driven by sweeping, structural policies, citing China’s admission to the World Trade Organization in the 2000s or President Lyndon Johnson’s War On Poverty in the ’70s.

“Every commodity super cycle is driven by low income groups, as well as every bout of inflation,” said Currie. “Inflation and commodity bull markets are directly tied to populist policies, and I can’t find an exception to that.”

Coming Inflation Will Be Well Above Targets
An intro to crypto exchanges, custodians and brokers
Will rising interest rates crash the housing market? Briton Hill
NFT sales aim for a $17.7B record in 2021: Report by Cointelegraph Research
New German government cites crypto in coalition agreement