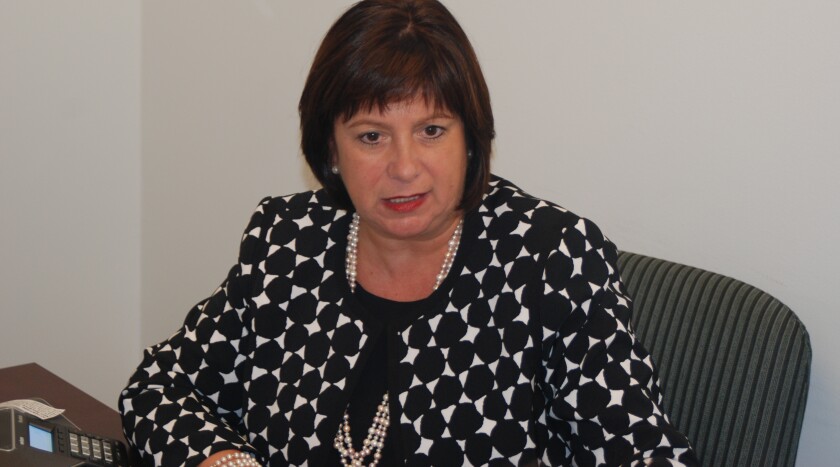 Puerto Rico’s creditors are indicating they may withdraw from the bankruptcy deal, with bond insurer Ambac Assurance notifying the court Wednesday morning of the possibility.

In a separate development the bankruptcy judge struck down a local law, Act 7, that the Oversight Board said would scuttle the Plan of Adjustment.

The votes on the Oversight Board-proposed Plan of Adjustment are due by 5 p.m. Atlantic Standard Time on Monday. Ambac said it might change its vote before the deadline if the local legislature and governor does not approve legislation supporting the plan.

Ambac’s filing followed the four bondholder groups that had negotiated the plan’s bond terms submission of a “reservation of rights” Monday, in which they said they could withdraw their support without the legislation.

“The passage of legislation to implement the transaction contemplated by the plan was a crucial component of the overall agreement reached by the [Plan Support Agreement] Creditors with the Oversight Board,” said the PSA Creditors, which consist of the Ad Hoc Group of Constitutional Debtholders, the Ad Hoc Group of General Obligation Bondholders, the Lawful Constitutional Debt Coalition, and the QTCB Noteholder Group.

On Wednesday Ambac filed a “joinder” to the PSA Creditors’ “reservation of rights” in which Ambac pointed out the Plan Support Agreement said creditors have the right to withdraw from the PSA if the legislation is “not enacted prior to the commencement of the hearing to consider confirmation of the plan.”

On Friday the board said the legislative leadership’s demands to gain its support for bond restructuring legislation would cost tens of billions of dollars and the board would withdraw the Plan of Adjustment rather than go along with them.

On Wednesday Puerto Rico Rep. Jesus Santá told The Bond Buyer there would be a technical meeting between legislative professionals and the board on Thursday. He said he expected a meeting with House Speaker Rafael Hernández Montañez, Senate President José Luis Dalmau, Gov. Pedro Pierluisi, and the Oversight Board on Sunday afternoon to discuss the different positions on legislation and the Plan of Adjustment.

“The bankruptcy process is at a critical point,” said José Garriga Picó, political science Professor at University of Puerto Rico. “If all the parties come together, Puerto Rico could be out of bankruptcy in the next few months. If not, there could be a debacle.”

“I think observers are losing patience with Puerto Rico to come to a deal,” said someone involved with the passage of the Puerto Rico Oversight, Management, and Economic Stability Act. The proposed Plan of Adjustment “heavily impairs the bondholders and minimally impairs the pensioners.”

“After five years I think we’ve reached the moment of reckoning,” the person said. “I hope people grab hold of it.”

If the board sought to change the plan’s terms and the court decided the vote invalid, “The next logical step [would be] the government of Puerto Rico would have to pay a fine,” Garriga Picó said, referring to the $100 million fee PSA creditors could claim in the PSA falls apart. “And the creditors would move in Judge Swain’s court for the case to be dismissed and the bankruptcy protection for Puerto Rico lifted, so they can go to federal District Court to sue for immediate payment of the debt in full.”

If the board withdrew the plan, “The court could give the board more time to negotiate and set a new date,” the professor said. “Or it could dismiss the case and then all hell would break loose once Puerto Rico did not have bankruptcy protection and creditors begin suing for immediate payment of the whole debt in District Court. And asking that government property be seized to secure the debt.”

On Friday a bondholder said the board has acknowledged the PSA requires the local legislature to pass legislation for the Plan of Adjustment. He said, “The Commonwealth of Puerto Rico — the sovereign in this matter — has offered legislation that largely comports with the plan but for very, very small accommodations required of the Oversight Board. So, all that is left is for the Oversight Board — really Natalie [Jaresko, the board’s executive director] — to drop the brinkmanship bravado and realize that they have no choice left but to capitulate to the Commonwealth.”

In a separate development concerning the Plan of Adjustment, on Wednesday Puerto Rico bankruptcy Judge Laura Taylor Swain struck down Act 7-2021, which the board had said would scuttle the plan.

The local government had passed the act in June and the board had filed an adversary proceeding against it in July.

According to the board’s adversary proceeding, the act “purports to dictate the terms of a new Plan of Adjustment, contrary to the Oversight Board’s currently proposed Plan of Adjustment. The act would: (i) create new categories of ‘Uncontested Bonds’ and ‘Contested Bonds’; (ii) provide no recovery to the latter; (iii) cap recoveries for the former at an aggregate maximum of 58%; and (iv) leave retirement claims unimpaired.”

On Wednesday Swain declared Act 7 nullified and unenforceable. She barred the local government from enforcing or implementing it. She said its provisions were counter to the provisions of PROMESA.

The person involved with the creation of PROMESA said Swain’s action to nullify the law may press the local government into reaching a deal with the board to support the plan.

The Solution to All of Your Covid Related Problems
Bank of Russia Not Ready to Allow Bitcoin ETF Trading, Governor Says
What Are States Doing With New Federal Funding For Medicaid Home-Based Long-Term Care?
Buying a home is a goal for many Americans. How this bank is helping members of low- and moderate-income communities achieve that
Powell Flags Rising Inflation Risk While Playing Down Rate Hikes (US Dollar, 10Y Treasury Yield, Gold Fall With Powell’s Comments)