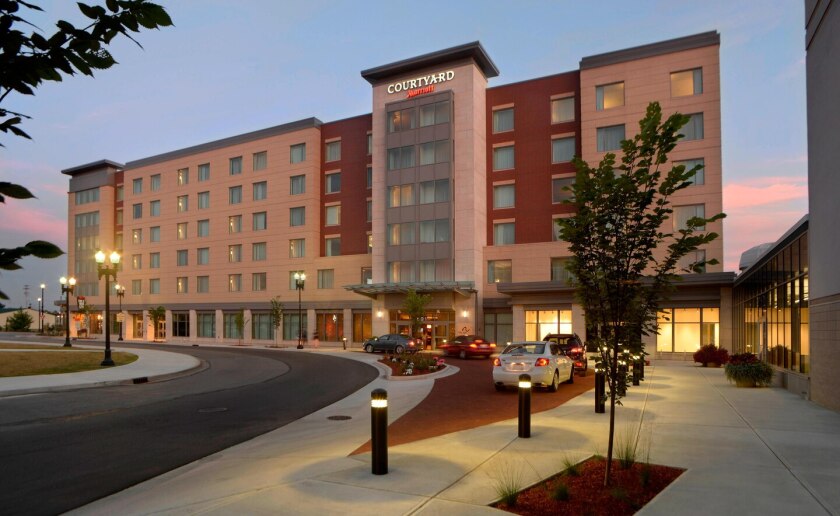 S&P placed the city’s BBB-minus general obligation credit and several other ratings on CreditWatch with negative implications in August as it reviewed the motives and impact of the restructurings and resolved the action this week.

“We removed the ratings from CreditWatch as we believe the recent restructurings of certain private obligations do not reflect reduced willingness nor an inability to pay the obligations,” said S&P analyst John Sauter.

S&P affirmed BBB-minus rating, the lowest investment grade. S&P noted the city’s effort to recover from a years-long federal corruption probe of the former mayor and his administration in its assignment of a stable outlook.

The city about 50 miles northeast of Indianapolis dipped into a debt service reserve fund for $600,000 to fully cover a February 2021 debt service payment due on its Muncie ARC Hotel Project bonds due to a pandemic-induced decline in pledged hotel operating revenues. First Merchants Bank, which held the bonds, agreed last year to extend the August 2020 payment to 2029.

The original debt was sold to finance the construction and equipping of a teaching hotel and training center to train persons with disabilities to work in the hospitality industry.

The city restructured the note again in late July. Under the revised structure, principal and interest payments began in February 2022 retaining a 2039 maturity.

In July, the city again restructured the bonds with a second bank, Farmers & Merchants State Bank, agreeing to buy the note from First Merchants. Under the city agreement, the city paid down an additional $3.5 million of principal and extended a ramp-up in debt service to 2029 from 2024 with final maturity in 2029.

The August 2021 payment was covered by the restructuring. The revisions buy the city some time with payments resuming in February 2022. About $20 million remains of outstanding principal.

The actions put the city’s rating at risk because it backstops the debt with an ad valorem tax pledge.

The city told S&P it had sufficient funds on hand to cover these shortfalls but believed it was in its best interest to restructure “given ongoing uncertainty regarding hotel revenues, more favorable borrowing terms, and the looming ramp up, which we feel is reasonable given the situation,” according to S&P.

The city’s $13.5 million 2014 Horizon Center Garage bonds held by Regions Bank were reissued in February 2020 in a move unrelated to the pandemic that corrected an administrative error in the revenue deposit agreement that resulted in lease payments being higher than capped revenue pledges.

“The stable outlook reflects our view that the city’s budgetary performance is steadying, though still pressured, and that it has sufficient resources and liquidity to cover likely continued shortfalls in ARC revenues without materially disrupting operations or draining reserves,” Sauter said. “It is also a reflection of the city moving forward — -under a new administration — from various corruption cases and lawsuits.”

Former Muncie Mayor Dennis Tyler in May pleaded guilty to federal bribery charges over pay-to-play accusations involving a city construction contract and a sentencing hearing is scheduled for next month.

Federal authorities arrested Tyler in late 2019 while still in office accusing him of theft of government services. Seven have faced indictment and reached plea agreements in the corruption probe that also involved the Muncie Sanitary District. Officials at the district, within Tyler’s administration and the police department were charged.

Former council member Dan Ridenour won the mayoral election in late 2019 and took office in early 2020. Tyler did not seek a third term in the November 2019 contest and later that month was arrested and charged.

S&P also removed the city’s $12.3 million of tax-increment secured debt issued for the MAP/Hillcroft and Canal District/Accutech projects from the watch list and affirmed its BBB-minus rating and stable outlook.

“The stable outlook reflects our anticipation that pledged tax-increment financing revenues will remain sufficient to cover debt service, particularly as there is cushion to absorb potential revenue volatility or loss of taxpayers and there are no additional debt plans,” Sauter said.

The debt is secured by tax-increment revenues from the Muncie Redevelopment Commission’s consolidated allocation area, which is a combination of multiple redevelopment areas in the city.

“The downgrade reflects our view of the authority’s recent operational pressures stemming from the COVID-19 pandemic which resulted in a significant number of event cancelations,” said analyst Taylor Budrow. “A decline in available cash balance in conjunction with the potential for a continuation of operating pressures stemming from the longer-term effects of the pandemic resulted in our view of a weakening of the authority’s general creditworthiness.”