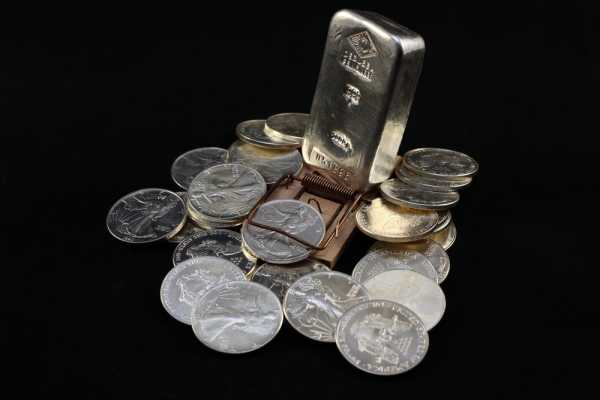 Silver prices continue to trade under pressure, but the price action is consolidative. The dollar moved lower despite a stronger than expected empire manufacturing survey released for September. There is very little that will likely come out ahead of next week that will change the tune of the Federal Reserve, which appears to be on hold.

Silver prices moved lower following and continues to trade sideways as the conviction for lower prices seems muted. The trend remains downward sloping as prices slipped through support levels. Resistance is an upward sloping trend line that coincides with the 10-day moving average at 24.06. Additional resistance is seen near the 50-day moving average near 24.57. Support is the August lows at 22.10. The fast stochastic generated a crossover sell signal which reflects accelerating negative momentum. Medium-term momentum has is neutral as the MACD (moving average convergence divergence) histogram is printing in positive territory with a flattening trajectory which points to consolidation. Its poised to generate a crossover sell signal which would confirm accelerating negative momentum.

U.S. Empire Manufacturing data for September came in much better than expected. The results outstrip estimates notching up a mark of  34.3 versus. 17.9 estimate. The last reading for August was 18.3. Prices paid edged slightly lower declining to 75.7 compared to 76.1. Prices received increased slightly to 47.8 from 46. New orders showed strong gains rising to 33.7 from 14.8. Shipments for September increased to 26.9 from 4.4.