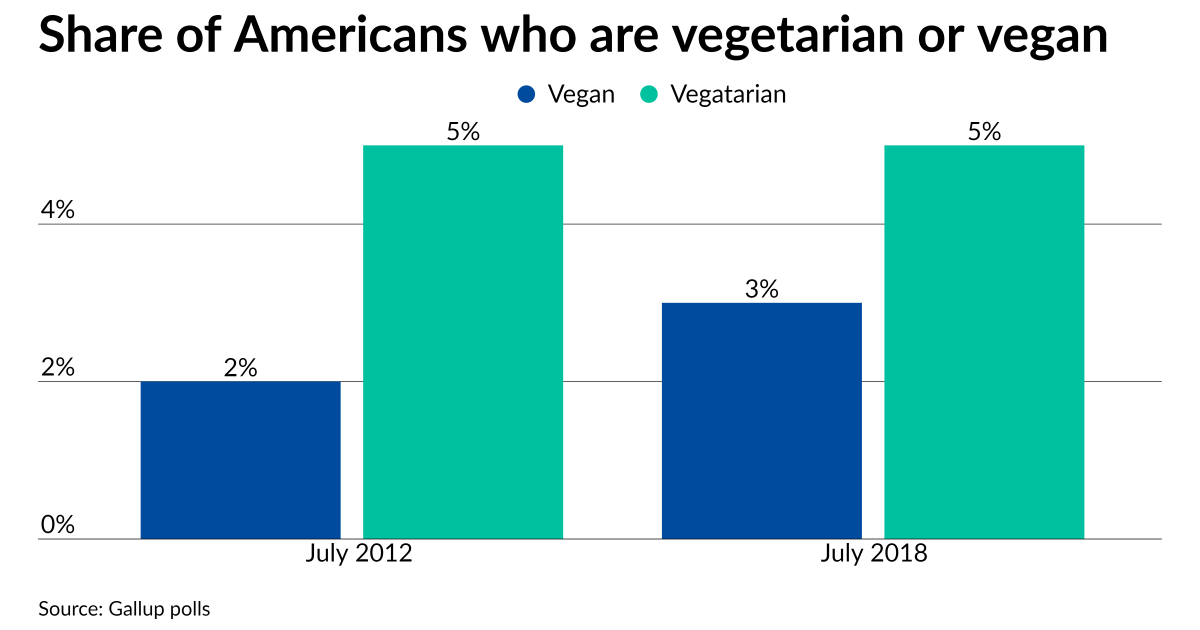 A socially responsible investing startup aims to work with RIAs at “the intersection of vegan ethics and investment management,” according to its founder. As environmental, social and governance (ESG) investing gains popularity among advisors’ clients, a growing number of niche firms are launching to serve expressions of investors’ values.

Sloane Ortel, a former CFA Institute writer and consultant, opened Invest Vegan to its first portfolio management clients earlier this month after getting the idea for the company from her membership in a food co-op in her hometown of Brooklyn, New York, she said in an interview. A small but significant 3% of Americans are vegan, according to a Gallup poll from 2018.

The firm’s product and conduct-based ESG criteria excludes 256 companies out of the S&P 500 based on their involvement in products derived from animals and an array of other screens such as human rights violations, fossil fuels and workforce practices.

When researching the available options, she says she “found a bunch of really cool planners” applying vegan and progressive principles to investing but a void on the product side.

“My North Star is to create a place where folks who are misfits in various senses can make it in the investment industry,” Ortel said. “With the benefit of not having to apologize for that, let’s show what kind of strategies we can build.”

The criteria spans more than 20 different areas, ruling out firms involved in the production of meat, dairy, eggs, honey, butter, silk and cheese products or building demand for leathers, hides and furs, the document states. It also removes companies that “enable and deepen surveillance capitalism through consumer tracking, privacy erosion and related operations” as part of sustainability screens relating to the fact that “humans are animals, too,” Ortel said.

The founder worked as a consultant, columnist and host of the “Free Money” podcast after spending nearly nine years with the CFA Institute as a co-author of its 2015 “Investment Idea Generation Guide” text book and a writer for one of its publications.

“While at CFA Institute she was instrumental to the global growth of Enterprising Investor as a collaborator, curator and commentator,” spokesman Matthew Hickerson said in a statement.

Her new firm joins others developing investment metrics related to animal consumption and sustainability. YourStake, a 3-year-old fintech that assists advisors and managers with developing personalized portfolios and funds based on ESG criteria, included measures relating to animal slaughter and plastic pollution in the ocean as part of nearly two dozen new “Metaphor Metrics” designed to provide numbers that communicate the impact of investments to clients.

“I don’t think that those are common metrics, but they are the only metrics that matter to a pretty substantial group of people,” said YourStake co-founder Gabe Rissman, noting that 10% to 20% of the firm’s users identified the animal slaughter and plastic metrics as their No. 1 issue.

Invest Vegan has “had some early conversations with a couple of folks that are going really, really well” as it gets off the ground, according to Ortel. She did, however, notice a sudden dropoff in interest from venture capitalists after she came out as transgender.

“I am so glad and proud to be trans and out because I could not have started the business,” she said. “On the one hand I couldn’t start a version of this firm within the traditional industry because that door seemed closed. But, on the other hand, the door that opened is way cooler.”