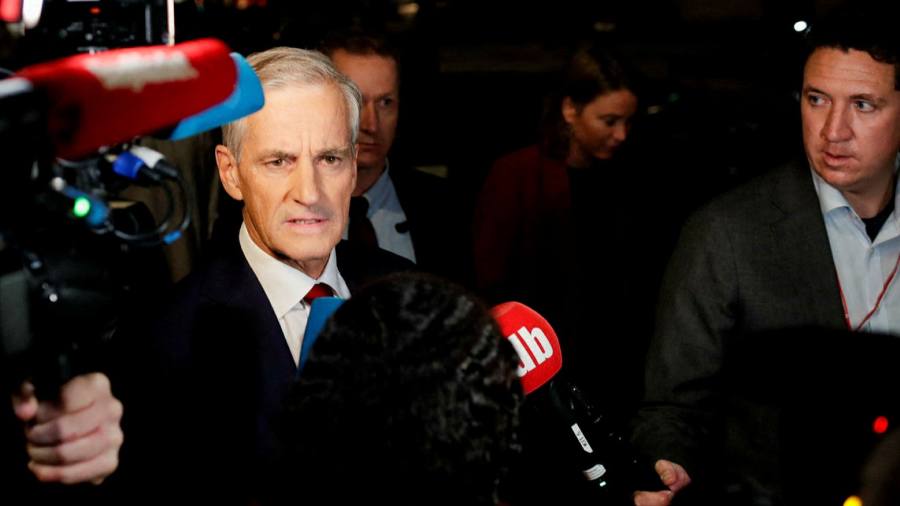 Norway’s centre-left opposition regained power after an unprecedented eight years of rightwing rule in an election dominated by the future of the country’s oil industry and inequality.

Centre-left parties won 100 seats against 68 for the centre-right, according to projections with almost all votes counted.

“A new majority and a new government, so it will finally be the turn of normal people in this country,” said Store, promising decisive action against a climate crisis that he called his main task, as well as aiming to make Norway a more equal society.

Long a bastion of social democracy, the Nordics have experienced a rise in rightwing parties in recent decades. Although Norway’s Labour party is one of the most relentless political machines in Europe, coming in first place in every election since 1924, it has experienced a consistent fall in support in recent years, leading to the rise of several smaller leftwing parties.

“This is a very good result for us. This was a climate and inequality election. The big long-term challenge is how do we prepare for the transition of Norway’s economy in a world that is rapidly moving towards renewable energy,” Espen Barth Eide, a former Labour foreign minister, told the Financial Times.

The centre-right held power for the past eight years due to the strong showing of the Conservatives and the populist Progress party, the two big losers of Monday’s elections. The Conservatives dropped 4.6 percentage points to 20.4 per cent. Labour’s support also dropped slightly to 26.4 per cent, its second-worst showing in 97 years, but it was enough to give it first place and the chance to lead a new government.

Store has pledged to tackle rising inequality which he claims is the result of Solberg’s policies, but like her has stressed that he does not want to prematurely wind down Norway’s oil industry, the biggest in western Europe.

Norway’s election lacked a central theme until a UN climate change report warned last month that humanity was at ‘code red’. That breathed life into a number of smaller parties on the left and right campaigning for Norway to speed up its transition to a greener economy and away from the oil and gas industry that still dominates exports.

“The first international gathering whatsoever that we will go to is Glasgow [the COP26 climate summit]. We need to lead with that right away to have something clear,” said Eide.

Store’s preferred coalition with the rural Centre party and the pro-environment Socialist Left has a small majority in the new parliament.

But the new prime minister is set for difficult coalition talks over issues such as the future of the oil industry and the country’s place in Europe. Both Centre and Socialist Left are sceptical of Norway’s status in the European Economic Area, essentially taking EU rules without any influence. Labour has said it wants no change.

A three-party coalition would mean the Labour leader would not need to rely on the support of smaller, more radical parties such as the communist Red party and the Greens. “If this is real, it’s as good as it gets,” Eide added.

The environmental vote on the left appeared to go mostly to Socialist Left and Red, which are both strong on inequality as well, rather than the Greens, which finished under the 4 per cent barrier needed to gain extra seats while improving on their score from 2017.