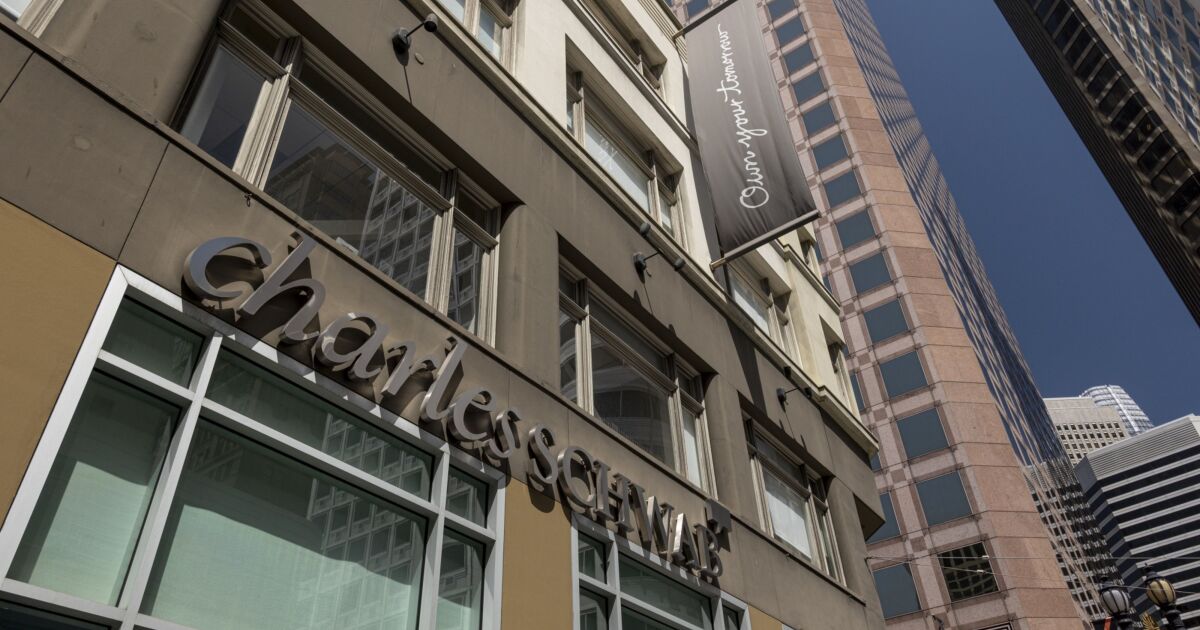 Two months after the Westlake, Texas-based brokerage announced it was setting aside $200 million for an SEC probe into Schwab Intelligent Portfolios, a group of clients have filed a class action lawsuit alleging the digital advisor violated its fiduciary duty by over-allocating portfolios to cash.

While most robos charge a fee based on assets under management, Schwab advertises its Intelligent Portfolios service as charging no advisory fees or commissions to clients. The product instead generates revenue for Schwab by investing clients in the firm’s proprietary ETFs and depositing the cash allocation of client accounts into its own bank, allowing Schwab to earn interest. Both practices have generated controversy from Schwab critics, though the company has defended its use of both.

This lawsuit takes aim at the latter revenue stream, claiming Schwab has made hundreds of millions of dollars from cash sweeps by over-concentrating portfolios in cash even as the stock market reached record highs.

“This caused plaintiffs and the proposed class foreseeably to miss out on market gains they would have enjoyed had [Charles Schwab Investment Advisors] instead managed their ‘Intelligent Portfolios’ accounts loyally and prudently and without CSIA placing its own interests and those of Schwab before the interests of its clients, as it has done here,” the lawsuit states.

Plaintiffs Lauren Bariero, Kimberly Lopez and William Lopez claim Schwab has cost the class of investors more than half a billion dollars in losses. They also claim that this breach of fiduciary duty is the subject of the SEC’s probe into Schwab Intelligent Portfolios.

“The SEC does not comment on the existence or nonexistence of a possible investigation,” said a spokesperson for the agency.

In its ongoing Robo Report, research firm Backend Benchmarking has pointed out how cash allocations drag down the performance of Schwab’s robo advisor. In the most recent report, Backend estimated that Schwab Intelligent Portfolios’ high cash allocations cost investors $1.13 billion in total earnings when compared to the potential returns of investing the cash in the fixed income portion of its portfolio, said David Goldstone, Backend’s manager of research and analytics.

Schwab’s business approach is also unique in the robo advice market, says Backend senior financial analyst Thomas Leahy. Ally Invest offers a “cash-enhanced portfolio” that sets aside 30% of its portfolio in interest-earning cash instead of a management fee, but users can opt for a “market-focused” option that charges a 0.30% management fee and a more traditional cash allocation.

“The notable difference is that Ally Invest offers a clearly defined alternative that has a traditional fee structure,” Leahy said in an email.

If Schwab charged a 30-basis-point management fee for its robo and redirected the cash allocations towards the same fixed income assets it already holds, clients would have earned an estimated $531 million more, Goldstone said.

“Clients would have been significantly better off had Schwab charged a straightforward and transparent management fee instead of deciding to earn revenue through high cash allocations,” he said in an email. “Although not charging a management fee may make sense from a marketing perspective, using a high cash allocation instead of a transparent fee has handicapped the performance of these portfolios and ultimately hurt clients.”

The case has been filed in the U.S. District Court in Northern California.

Schwab is not the only firm to face challenges for cash sweeps. The SEC ordered Crown Capital in July to pay $1.6 million to settle a case that involved a cash sweeps program, and in June hit Centaurus Financial with a $1.3 million disgorgement.

Lies About Rise in Crime Protects $119B Dollar Police Salaries and Prevents Police Reform
After seven years, an Apple car is still on the horizon
Macau casino stocks shed $18bn as government seeks greater oversight
US builds bulwark against China with UK-Australia security pact
Gold is not the best inflation hedge, these assets are better – Adrian Day