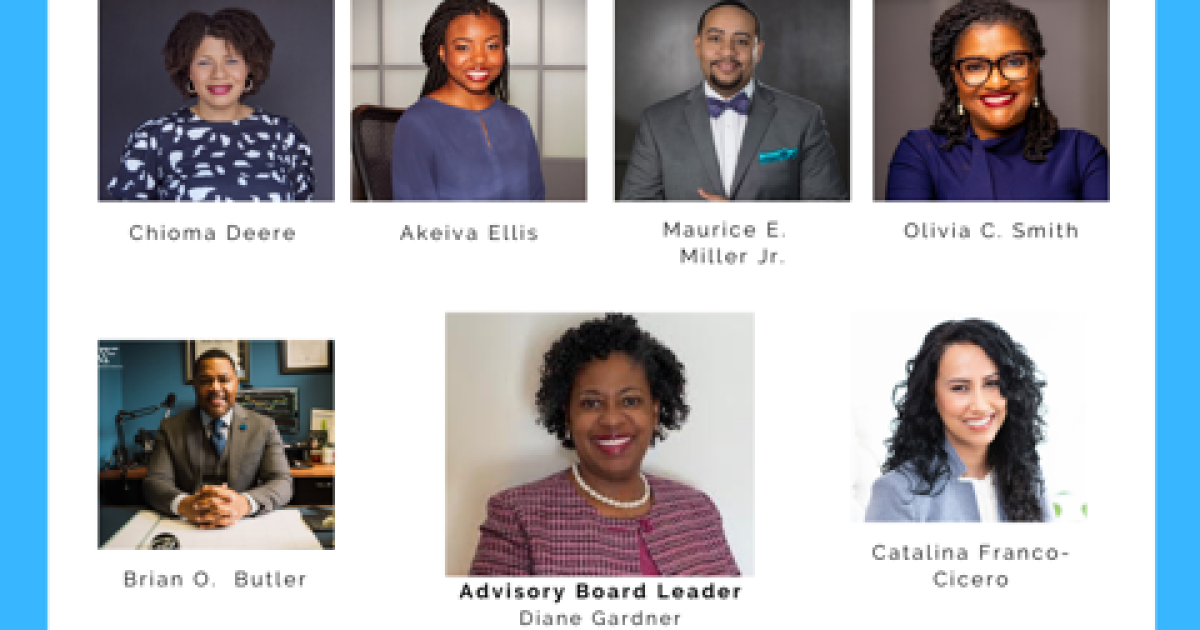 A referral network that has connected hundreds of Black and Hispanic clients and financial advisors less than two years into its launch has a new advisory board that’s in line with its founder’s larger vision.

Dana Wilson of Changing How Individuals Prosper (CHIP) appointed 11 advisors and other professionals to the network’s first advisory board to help her “stay diligent and stay true to the mission” of the website that enables users to find Black and Latino planners and other financial experts, she said in an interview. More than 400 professionals and clients have sought advice or joined the platform since it got off the ground at the beginning of last year.

Of the more than 200 users seeking financial advice through CHIP, 60% had meetings with professionals who are members, and 30% to 40% have ended up working with them. Over the next several months, CHIP will be unveiling partnerships with well-known financial firms, rolling out its FinTalk Live series of professional-led conversations for companies and organizations, adding real estate and mortgage brokers and upgrading its technology, according to Wilson.

Looking further into the future, Wilson hopes CHIP evolves into “not a place for Black and Latinx professionals” but simply “a place for experts,” she said.

“When I look five to 10 years out, it’s really about these individuals not just being known in financial services, but being known globally so that they become household names,” Wilson said. “A lot of it just comes with being intentional about who’s visible.”

Wilson, a 15-year veteran advisor from New York, picked fellow LPL Financial representative Diane Gardner to lead the new board. It will meet quarterly to share feedback and discuss CHIP’s next moves. Wilson and Gardner met through LPL’s Black Financial Advisor Business Community, said Gardner, whose practice is based in Hermitage, Pennsylvania.

“Dana introduced CHIP to the group, and I knew I wanted to participate,” Gardner said in an email. “The prospects are not from my area, so the platform puts you on a national scale. I’ve also met other CHIP professionals and will utilize their services to assist clients.”

About 220 advisors and other professionals have joined CHIP, which is also seeking members from among NAPFA’s base such as planner Bill Hampton of Atlanta-area Hampton Tax and Financial Services. CHIP and the organization have formed a partnership aimed at encouraging interested NAPFA members to follow Hampton in joining CHIP.

“It makes sense to have a place where people can say, ‘Hey, I want to work with a person of color.’” said Hampton. “It’s a great matchmaking opportunity.”

Wilson’s referral fintech could help alter the traditional landscape of wealth management, which is predominately white and male and has ethical and business reasons to shift over time. Dominique Henderson, the founder of Dallas-based DJH Capital Management and the Jumpstart Community of Financial Professionals, which is a coaching, mentoring and networking service for recent college graduates and career shifters, praised Wilson’s approach.

“It’s just a matter of being found,” Henderson said, noting the importance of listings like those of the Association of African American Financial Advisors, FPA or NAPFA. “Those are necessary components to the industry and to the success of that newer advisor.”

For now, Wilson declined to identify which other organizations or firms CHIP will be partnering with as part of the ambitious plans.