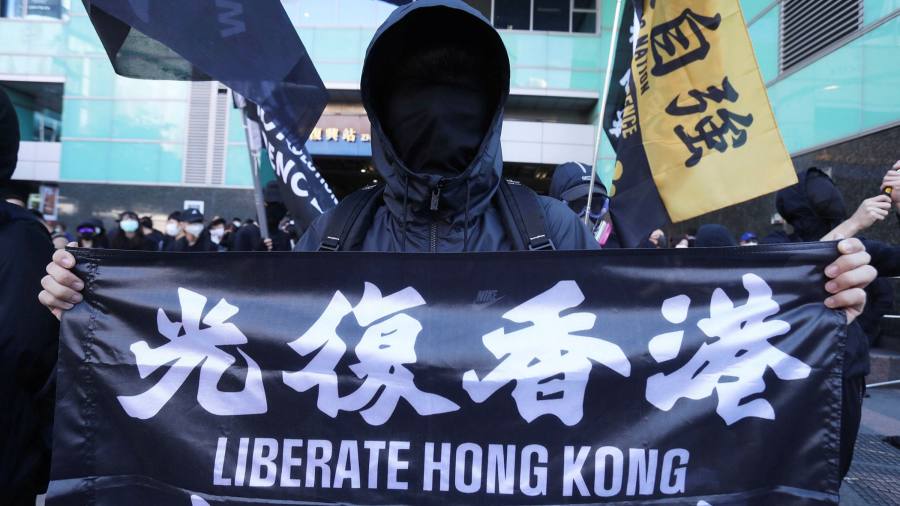 Official representation between Hong Kong and Taiwan is set to end this year as mounting political tensions threaten one of the region’s most important trade and investment relationships.

The number of staff in Taiwan’s representative office in Hong Kong has dwindled over the past two years as the territory has stopped issuing visas, with the documents of those who remain due to expire by the end of November.

Hong Kong also abruptly suspended operations of its representative office in Taipei two weeks ago, ending its official presence there. The stand-off has grown so severe that Taipei has begun making contingency plans for a situation without on-the-ground representation in Hong Kong, two senior Taiwanese government officials said.

The breakdown in relations follows rising military tensions between Taiwan and China and a crackdown by Beijing on pro-democracy groups in Hong Kong that has led some activists in the territory to seek refuge in Taipei.

China claims Taiwan as part of its territory and has threatened to annex it if the island fails to submit to its control indefinitely.

Analysts said that cutting official channels would undermine Hong Kong’s traditional role as a conduit for business and financial exchanges between Taiwan and China. Despite the dispute with Beijing over sovereignty, Taiwanese companies are among the largest foreign investors, employers and exporters in mainland China.

Tensions between Hong Kong and Taipei have escalated over the past two years after the territory started demanding Taiwanese diplomats sign documents declaring their country part of China as a precondition for being issued a visa.

After Taipei refused, the number of staff at its office in Hong Kong began to dwindle, from 20 to eight today, according to the Mainland Affairs Council, Taiwan’s cabinet level China policy body.

A Hong Kong government official suggested the suspension came on instructions from Beijing.

“I think Beijing is of the opinion that [Taiwan’s representative office] affects national security,” said Sung Yun-wing, an economics professor at the Chinese University of Hong Kong, who is also a member of a semi-official think-tank, the Chinese Association of Hong Kong and Macao Studies, in Beijing.

While Taipei has been careful to avoid being seen as making it too easy for Hong Kong dissidents to flee to Taiwan, civil society groups in the country have supported the protest movement with advice, money and logistics. “This is something we cannot interfere with as they have done nothing illegal,” said a senior Taiwanese China policy official.

Historically, Hong Kong’s most important economic role in the Taiwan-China trade has been as a sea and air trans-shipment hub for Taiwanese companies to supply their factories in southern China with components.

While analysts suggested that much of this commerce could continue even if official ties between Taiwan and Hong Kong were severed, they foresaw a sizeable impact on financial services, tourism and education.

He said many Taiwanese individuals had accounts in Hong Kong, where the local units of Taiwan’s banks offered them offshore investment products not accessible under the island’s stricter regulations.

Liu of the Chung-Hua Institution for Economic Research said many Taiwanese enterprises kept profits from their China operations with their Hong Kong affiliates for tax purposes.

“These things would become a lot more cumbersome without official representation because you would have to start sending documents back and forth for notarisation,” Liu said.