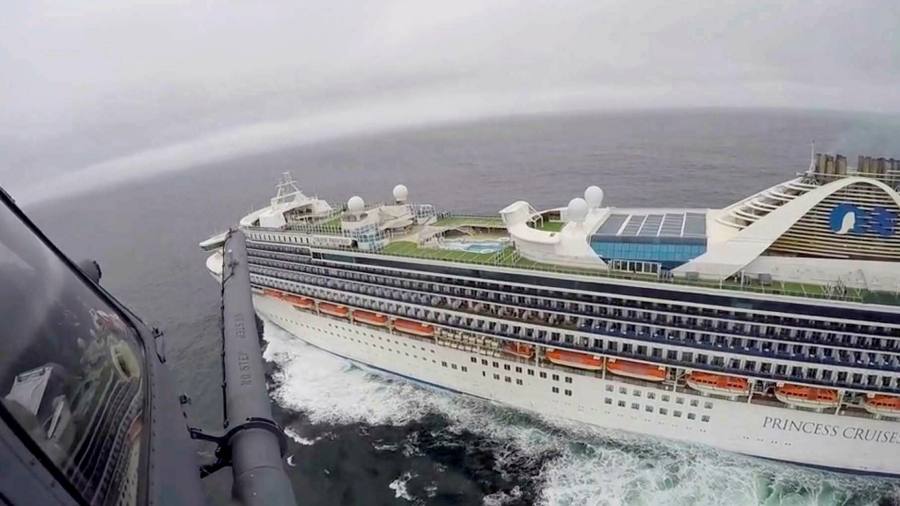 Carnival’s boss discussed the danger of coronavirus with executives at the start of last year and yet allowed the company’s cruise ships to continue sailing for another month leading to fatalities after outbreaks on board, US court documents have revealed.

Lawyers representing more than 100 passengers on three Carnival cruises that were at sea during February and March last year submitted emails to a California court showing that Carnival chief executive Arnold Donald had been personally involved in decisions about whether cruises should continue despite the rapid spread of the virus in Asia and later, the Americas.

Carnival had argued that Donald should not have to testify in the case because he was not involved in the day-to-day decisions over whether ships from its Princess cruise line, which were ultimately quarantined after onboard outbreaks of the virus, should have sailed in late February and early March.

The court has since ruled that Donald should be questioned next week as part of the initial proceedings in the case regarding the Grand Princess cruise, which is set for trial in September.

“Our core allegation is that, at that point, the cruise industry knew very well that it was putting its passengers in grave danger by sailing at all . . . This was all avoidable, all they had to do was say I’m sorry the cruise is cancelled,” said Mark Chalos, a lawyer at Lieff Cabraser Heimann & Bernstein, which is representing the passengers.

“As the CEO of Carnival, Mr Donald personally engaged in conversations and decisions regarding Carnival’s response to the pandemic and was privy to information shared among executives of the company,” the court documents read.

Donald met Dr Grant Tarling, Carnival’s chief medical officer, in January to discuss the “rapidly evolving situation” with “likely in excess of 2,000 cases with person-to-person spread confirmed”, according to subsequent emails sent between the two and submitted to the court by the claimants.

Another email thread between Donald and a representative of the Cruise Lines International Association, dated February 5, discusses whether customers should be asked before boarding if they had “felt feverish, or had chills, a couch [sic] or difficulty breathing”. The plaintiffs claimed that this also showed personal involvement in Carnival’s coronavirus response.

Carnival disclosed in a regulatory filing on January 28, 2020 that it had cancelled nine cruises in response to Chinese travel restrictions and that coronavirus could have a “material impact” on its financial performance.

At the time the World Health Organization had not made any recommendations to curb global travel. On January 24, it said “measures to limit the risk of exportation or importation of the disease should be implemented, without unnecessary restrictions of international traffic”.

The Grand Princess cruise ship was due to sail to Hawaii, leaving San Francisco on February 21 following stops in Mexico. However, after an outbreak was discovered on board it was forced to anchor off the Californian coast with its 3,000 passengers quarantined on board.

The outbreak has since been linked to more than 120 cases of Covid-19 and seven deaths. Overall, 2,409 Covid-19 cases and 80 deaths have been reported in connection with Carnival cruises, according to analysis by the Miami Herald.

“The reality is when we set out with the Grand Princess there was no known community spread in California,” Donald told the Financial Times in March.

“Carnival had decades of experience with airborne pathogens on its ships. They know that cruise ships are uniquely susceptible to the spread of airborne pathogens. It’s a lot of people in an enclosed small space,” Chalos said.

Carnival said: “We typically don’t comment on active litigation. Our top priorities are compliance, environmental protection and the health, safety and wellbeing of our guests, our crew members and shore-side employees as well as the communities we visit.”