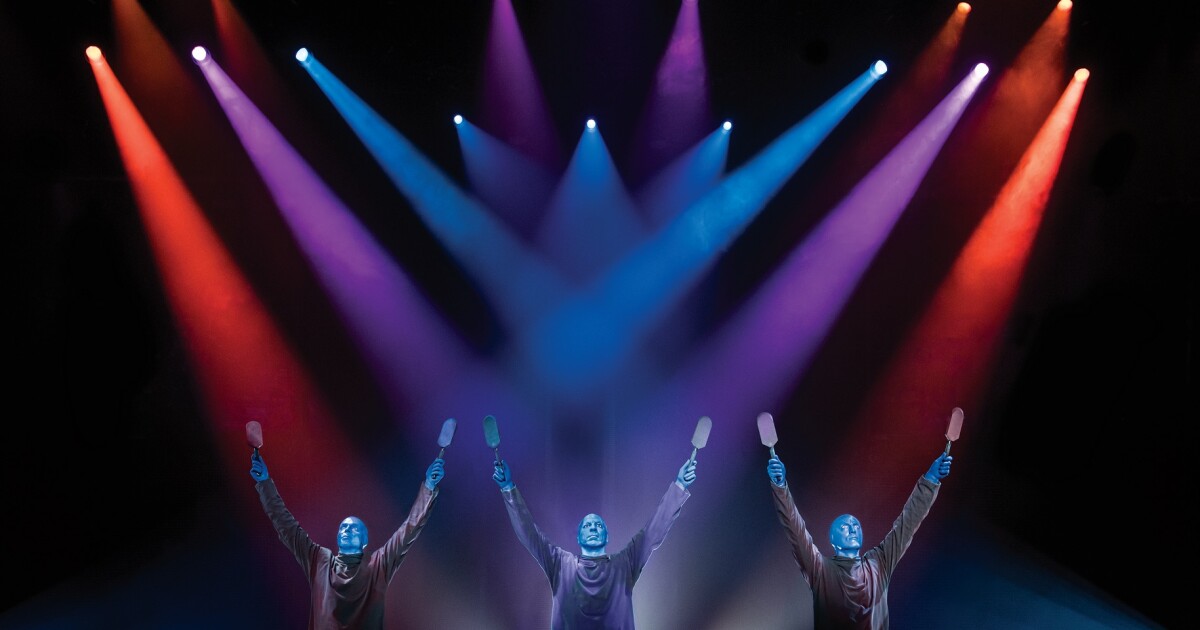 In the late 1980s, three friends living in a cramped New York City apartment had the wacky idea of painting themselves blue after donning bald head wigs. They proceeded to put on shows entertaining people without speaking a single word. The group, Blue Man, began performing unique, fun-filled performances that drew ever-increasing audiences and stellar reviews. Their bold, edgy mix of comedy, music and humor proved irresistible and immensely appealing.

From PVC pipe musical instruments such as the “Drumbone” to splashing paint on drums bathed in electric light, the Blue Men know how to capture an audience’s attention — and grow a business. Here are seven things that I learned about scaling an advisor practice from Blue Man Group.

1. Know who you want to hire
First, you need to understand what people you’re looking for when you’re looking to build a team. If you wanted to become a Blue Man, you would need to fit the job description because there are a handful of essential things to the production. You have to be somewhere between 5 feet 10 inches and 6 feet two and have an athletic build. Drumming experience is helpful, but more so is a team player attitude both on and offstage. If you’re five feet eight, there’s no need to apply.

2. Train your understudy
Be prepared for the next Blue Man in line. The original three Blue Men performed six days a week over three years, and 1200 shows without a break. They had a single understudy if one of the Blue Men couldn’t perform, only because their business manager insisted on it. When one of the original cast members injured himself using a router and couldn’t perform, the understudy filled in. The unfortunate accident actually sparked the growth of the Blue Man brand. Not only could the original cast members take a much-needed break from their rigorous schedules, but also the move ultimately led to rapid expansion. You can scale up your practice in a similar fashion by cross-training staff and preparing the next-in-line to help you expand the reach of your advisor business.

3. Own your IP
Blue Man Group has created some unique musical instruments like the musically enchanting PVC-pipe Drumbone mentioned above. Their instruments are part of their image, brand, and identity as performers. But more importantly, they created and owned these instruments, one of only a handful of people in the world to do so. That’s important for financial advisors, too. Advisors should have their own unique “instruments,” whether it’s some type of plan or process that you can claim as your creation to help you build your name and brand.

4. Put your processes in writing
When Blue Man tried to scale their production to include a new venue in Boston, its first location outside of New York, they ran into trouble. After seven years with the original three performers starring in and overseeing all the shows, they discovered hiring new Blue Men cast members and crew was a lot harder than it seemed. New cast members were having trouble interpreting scripted words like “excited” and “tense” that the original cast effortlessly performed (remember, without any spoken dialogue). The Boston show risked failure if the founding members didn’t figure out a solution. Putting their three blue heads together, they produced the Blue Man Actor’s Journal, a detailed manual of how to do things andwhycertain things were done so that the Blue Man spirit and attitude could be conveyed and replicated to additional performers anywhere. Having a written set of instructions that can be replicated effectively as you scale your practice makes sense for advisors looking to grow their business, as well.

5. Stay close to your clients
Even though Blue Man Group scaled its shows by hiring new Blue Men performers worldwide, founding member Chris Wink conveyed the hefty meaning of staying close to the brand. He insisted on putting his executive role aside to wear the blue paint and perform in a show periodically. In a financial advisor practice, founders and leaders must continue to meet with clients face-to-face and wear the paint, too (if you ever took it off in the first place). The idea is that you need to stay close to your core values and principles that got you where you are today and will help get you where you want to be tomorrow.

6. Plan your growth in small increments
Blue Man wanted to grow big beyond their New York City roots into a global entertainment brand. But in the mercurial world of show business, Blue Man founders realized that thinking too far ahead would hurt, not help their scalability efforts. So they limited their growth vision to 18 to 24 months for the purpose of their plan. I’m not recommending that same short-sightedness for everyone; my planning practice, Signature Wealth Strategies, has a 25-year plan. What I am advocating is taking bite-size growth objectives and incrementally scaling your practice into a larger vision.

In 2017, Blue Man Group was sold to global entertainment luminaries Cirque du Soleil, putting over $60 million in the pockets of Blue Man Group founders. The shows continued following the sale since the founders had already scaled up and established a succession plan with new Blue Men, staff and infrastructure. Had the Blue Men not prepared for succession, they could have ended up like Vegas entertainers Siegfried and Roy. The duo, whose magic shows were once among the most visited in Vegas, essentially folded following the 2003 tiger-mauling incident of performer Roy Horn. However, Blue Man Group, by being able to replicate themselves and expand and grow from a scale perspective, not only ensured their own success but also provided career security for their team.

Blue Man Group remains one of the best-known brands in entertainment. Every year, new audiences line up to watch them perform. It’s a lesson in enduring brand awareness and scaling growth that any advisor could emulate — whether or not they choose to paint themselves blue.

How To Succeed As A First-Time Home Buyer In Today’s Market
A simple framework for making investments that are good for your clients, your team, and the world
RED FLAG: Junk Bond Yields Below Inflation Rate For First Time Ever Signals Overcrowded Trade?
eMerge Americas bets on Miami as tech hub
Steve Job’s Physical Job Application and Mirror Copy in NFT Form to Faceoff on the Auction Block