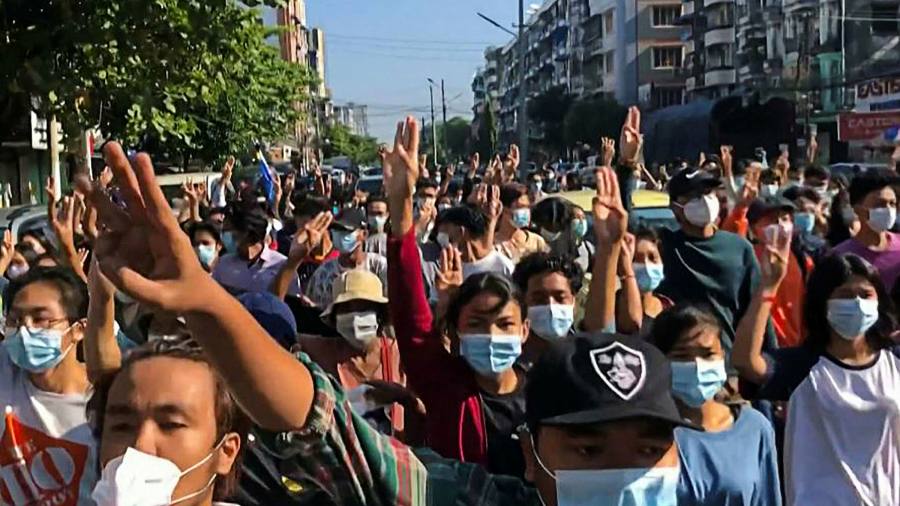 Norway’s Telenor has written off its entire $782m investment in Myanmar, where it has struggled with internet shutdowns, pressure on staff and deteriorating operating conditions since the country’s February military coup.

The telecoms group said on Tuesday it had fully impaired its Nkr6.5bn investment in the south-east Asian nation, where it was seen as a cornerstone foreign investor, as it reported a first-quarter loss. The write-off will serve as the latest blow to business confidence in Myanmar’s economy, where output has plummeted during three months of civil unrest.

“Due to the worsening of [the] economic and business environment outlook and a deteriorating security and human rights situation, we see limited prospects of improvement going forward,” the company said.

The impairment pushed Telenor into a quarterly net loss of Nkr3.9bn, compared to net income of Nkr698m kroner in the first quarter of 2020.

Telenor said it was experiencing an “irregular, uncertain, and deeply concerning situation” in Myanmar, and was focused on ensuring the safety of its employees, transparency, and its customers’ access to services.

Telenor, which operates one of Myanmar’s four main telecoms companies, has been hit by Min Aung Hlaing’s crackdown on communications and dissent since the military commander toppled Aung San Suu Kyi’s elected government after making ungrounded claims of election fraud.

The junta first ordered Telenor and other telcos to block popular social media sites such as Facebook, then ordered them to shut off internet services every night, before making them cut off most remaining mobile and wireless internet communications.

Since the coup, regime troops have killed 766 people and jailed more than 3,600, according to the Assistance Association of Political Prisoners, a human rights group.

The unrest has put Telenor, which is majority-owned by the Norwegian state, in an uncomfortable position at a time when anti-coup campaigners are calling for companies to withhold payments or investments that might benefit the Myanmar regime. Telenor in March said it would pay Myanmar’s state telecoms regulator its annual licence fee but registered what it called a “strong protest” against the regime’s crackdowns on mobile internet, the rule of law and human rights.

Since the coup, Japanese brewer Kirin and South Korean shipbuilder Posco have announced they are quitting joint ventures with military-backed partners in Myanmar. Total and Chevron, investors in the country’s main gasfield, have rejected campaigners’ calls to withhold tax payments to the junta, which they say would break the law and put local staff in danger.

Broker vs. Market Maker: What’s the Difference?
Bitcoin miners’ revenue rebounds to $60M per day — Is the bull run about to resume?
Assets That Increase Your Net Worth
Still serving: how chefs got through the pandemic
Stocks making the biggest moves in the premarket: CVS Health, iRobot, Vaxart & more