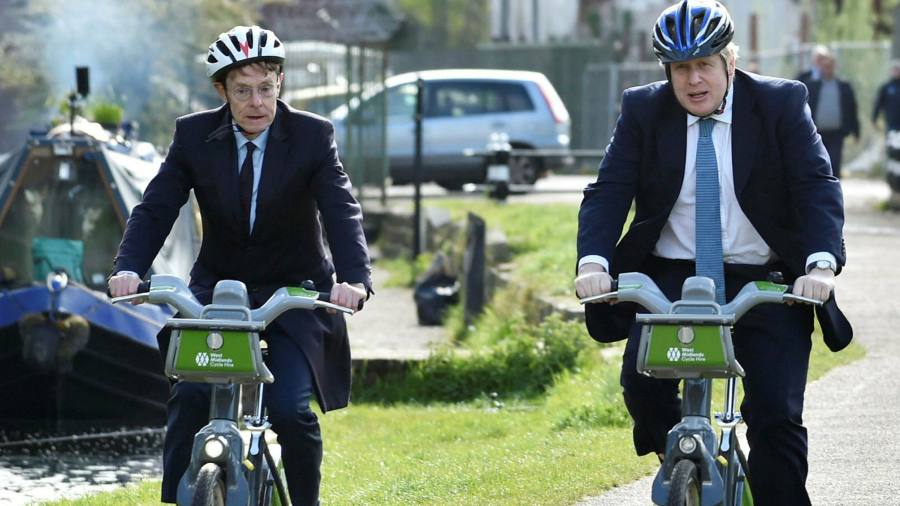 Andy Street was re-elected as mayor of the West Midlands on Saturday as the Conservative party scored a hat-trick of victories in elections across England.

The party made a historic gain in the Hartlepool by-election, electing its first Tory MP since the seat was created in 1974. The Tories also held on to the Tees Valley mayoralty with 73 per cent of the vote.

Propelled by a “vaccine bounce”, prime minister Boris Johnson led his party to a series of remarkable midterm election victories. Downing Street was also relieved that the pro-independence Scottish National party was denied a majority in the Holyrood parliament.

Street, the former managing director of retailer John Lewis, was expected to face a tight contest against former minister Liam Byrne in a region that has traditionally favoured the Labour party. Yet he was re-elected with 54 per cent of the vote, four percentage points higher than in 2017.

“We do face some serious challenges after Covid has impacted our region and we’ve got no time to waste in addressing the underlying issues that have been exposed by the pandemic,” Street said.

“But equally, there is absolutely no question that this place will bounce back stronger and that we create what I call a dynamic, democratic and inclusive society because that is what everybody on my team is fighting for.”

Many parts of the West Midlands conurbation, which includes the diverse cities of Birmingham and Coventry, share similar characteristics to the “red wall” areas where Johnson’s Tories made gains in this year’s local elections.

The West Midlands race was seen as the easiest contest for Labour to win. But senior party figures blamed a poor campaign by Byrne and said Street’s reputation “transcended politics and was impossible to overcome”.

As of 6.30pm on Saturday, the Conservatives made a net gain of 278 councillors and took control of 11 local authorities. Labour on the other hand lost control of five councils and made a net loss 219 councillors. The Green party also gained 62 councillors.

One cabinet minister claimed that “something has fundamentally shifted” in the political landscape, and Labour leader Sir Keir Starmer said he took “full responsibility” for the opposition party’s disastrous performance.

Surveying the losses on Friday, Starmer said Labour had “changed as a party but we’ve not made a strong enough case to the country”.

Labour did have success in many of England’s big cities, however. Andy Burnham won a landslide re-election as mayor of Greater Manchester with 67 per cent of the vote, up from 63 per cent last time. His support was boosted by a public fight with Johnson last October over lockdown restrictions.

Burnham did not rule out becoming Labour leader. He pledged to see out a full four year term as mayor but said: “I am not going to put myself forward unless they need me one day in the future.”

He said that Labour had lost an “emotional connection” with its traditional voters over the past 20 years. “One of the ways back is more English devolution, build from the bottom up. Labour has to change, Labour has to get rid of its London-centric ways. If it doesn’t I don’t know what the future holds for it.”

Starmer had an “opportunity to change” but it “has got to be done immediately and the change can’t be cosmetic”.

Labour had other successes. It took the West of England and Cambridgeshire and Peterborough mayoralties from the Conservatives, reducing the party’s number of metro mayors from four to two.

It retained the mayoralty of Liverpool, with Joanne Anderson replacing her namesake Joe Anderson, who resigned amid a corruption investigation.

The metro mayor of Liverpool city region, Steve Rotheram, was re-elected with 58.3 per cent of the vote. Paul Dennett, mayor of Salford, also increased his majority with 59 per cent of first round votes.