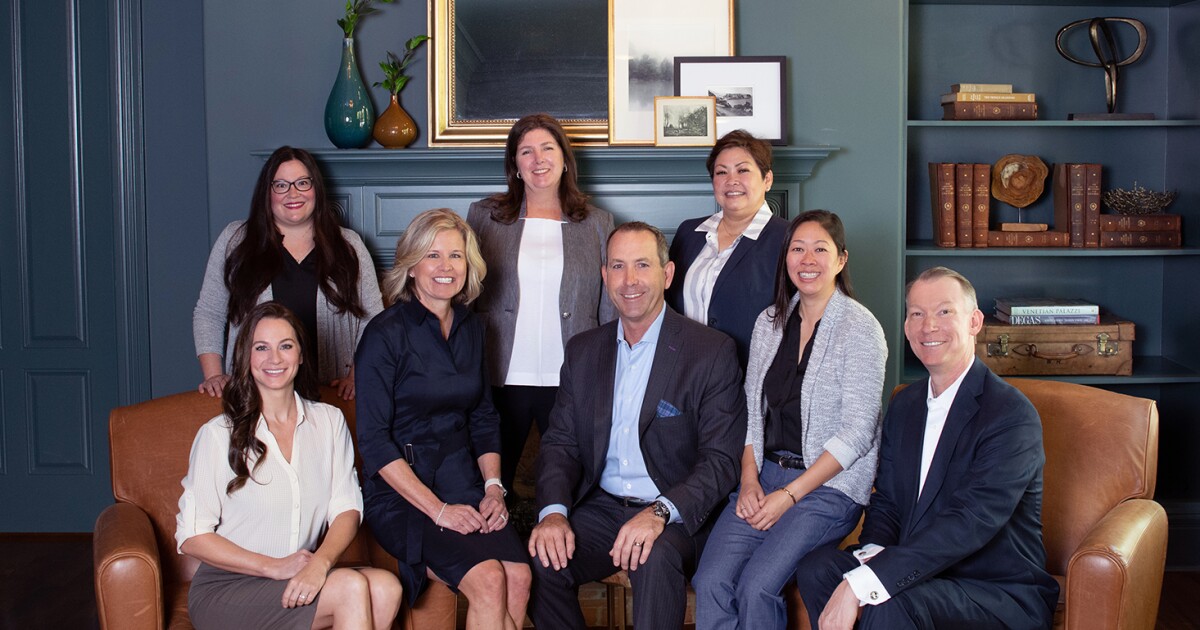 A growing RIA that’s tapping into its founder’s ties with a wirehouse and offering a blend of independence and back-office support added the largest recruit in its three-year history.

Financial advisors Mike Barry and Kelly Milligan took the eight-employee team of Quorum Private Wealth independent with Sanctuary Wealth after more than 20 years each with Merrill Lynch, the firm said April 30. The San Francisco Bay Area firm managed $1.5 billion in client assets at their prior firm.

Since ex-Merrill Lynch executive Jim Dickson launched Sanctuary in 2018 and sold a 55% stake in February to Italian asset manager Azimut Group, the firm has reached 50 teams and topped $15 billion in client assets, on its way to $20 billion with further incoming teams, he says. Sanctuary launched with a practice that had $2 billion in assets under management, but Quorum is its largest new recruit ever.

“We were lifers at Merrill; we never really thought about looking elsewhere for another firm,” Milligan said in an interview, noting the impact from working remotely for the past year during the coronavirus. “Once we were at home we actually had the opportunity to say, ‘Let’s do our due diligence, let’s actually kick the tires and see what else is out there…ultimately we came to the notion of partnered independence with Sanctuary which is, I think, a really forward-looking model.”

Milligan had spent 21 years with Merrill, while Barry had spent 32. As part of the due diligence, they explored other wirehouses as well.

“We were recruited by everybody, and the dollar figures they threw at us were tremendous,” Barry says. “We see this as the best move we can do for us and our clients moving forward into the future. It was a really easy decision once we evaluated it all and took money out of the picture.”

The team’s breakaway move was first reported by Barron’s.

Representatives for Merrill Lynch didn’t respond to requests for comment on their departure.

RIA consolidators and platforms, as well as regional and independent broker-dealers, are competing for breakaway teams like Quorum. Many have launched specific breakaway channels within their firms such as Kestra Private Wealth Services and Raymond James Advisor Select that aim to pair independence with lower payouts that come with a higher tier of services than advisors would typically receive from the corporate office. The number of options for breakaway teams is rising and changing the industry.

“As time goes on, it seems that the lines are blurred more and more,” says recruiter Jodie Papike of Cross-Search. “Independent broker-dealers, RIAs — it’s all kind of blurring into one. The most successful broker-dealers are now branding themselves as an RIA as much as they are a broker-dealer.”

Dickson’s more than 20 years in senior leadership roles at Merrill Lynch, including a half dozen as a member of the firm’s executive committee, are also working in Sanctuary’s favor, according to recruiter Danny Sarch of Leitner Sarch Consultants.

“You get to first base easier than a cold call with somebody else and presumably there’s a trust level,” Sarch says. “They appreciate and trust the acumen of the leadership team.”

About 60% of the practices now at Sanctuary came from Merrill Lynch, according to Dickson. On May 6, though, the company unveiled its first former Wells Fargo Advisors team. With 80% to 90% of its assets in advisory accounts, the Indianapolis-based firm has a higher share of AUM than most IBDs, he says. Dickson prefers the RIA aggregator classification rather than the IBD label, despite its own FINRA-registered Sanctuary Securities.

The deal with Milan-based Azimut Group enables Sanctuary to start making acquisitions of its own, along with offers to buy minority stakes in practices. Azimut’s deal “provides for call/put option rights over the next 10 years, as well as a further investment in the business linked to certain achievements,” according to a statement from Azimut on its completion.

“They have a high-end practice really based on financial planning, and they’re just very, very good at what they do,” Dickson says. “They looked at options across the independent spectrum.”

In addition to the lead advisors, Walnut Creek, California-based Quorum includes partners Sue Mazzetti and Melissa Yue and four wealth associates. Many of the practice’s clients are entrepreneurs who have launched or run successful independent businesses, Barry notes.

“We’ve watched them do this over the course of our careers,” Barry says. “You admire it and at the same time you kind of envy it.”