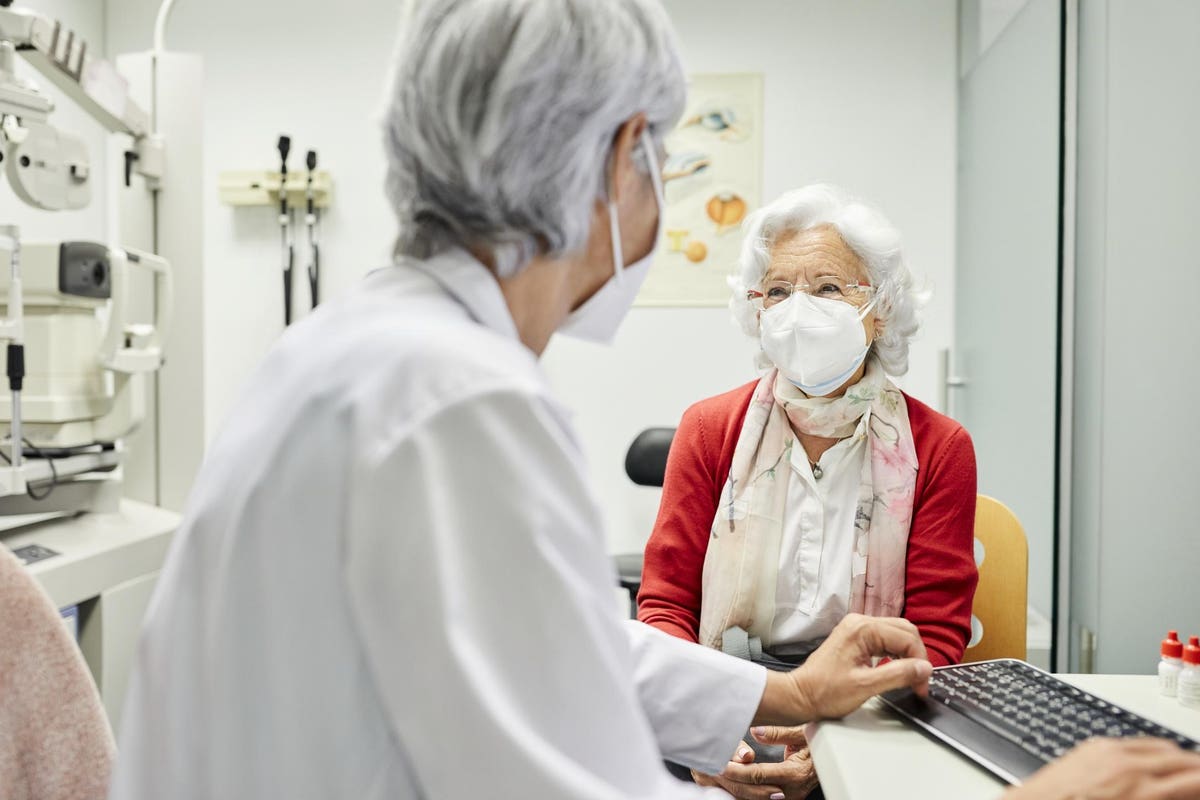 “Congressional Democrats are planning to pursue a massive expansion of Medicare as part of President Biden’s new $1.8 trillion economic relief package, defying the White House after it opted against including a major health overhaul as part of its plan. . . .

“They specifically aim to lower the eligibility age for Medicare to either 55 or 60, expand the range of health services the entitlement covers and grant the government new powers to negotiate prescription drug prices. . . .

“Roughly 100 House and Senate Democrats led by Rep. Pramila Jayapal (Wash.) and Sen. Bernie Sanders (I-Vt.) publicly had encouraged Biden in recent days to include the overhaul as part of his latest package, known as the ‘American Families Plan,’ which proposes major investments in the country’s safety net programs. . . .

“Sanders said Wednesday he would ‘absolutely’ pursue a Medicare expansion as lawmakers begin to translate Biden’s economic vision into legislation. Sen. Ron Wyden (D-Ore.), the chairman of the tax-focused Finance Committee, similarly pledged that he would ‘look at every possible vehicle’ to lower drug costs.

“And Sen. Richard J. Durbin (Ill.), the Democrats’ vote-counter in the chamber, said he planned to push for Medicare reforms he saw as a ‘game changer.’”

Democrats and, to a lesser degree, Republicans have been on a quest to reduce prescription drug costs for years, and even in the waning months of the Trump administration, there had been efforts to implement a “most favored nation” pricing model, in which Medicare would pay drug prices equivalent to those paid by other developed countries; an executive order mandating this for Part B drugs was issued in September, published as a rule in November, and halted via injunction from a lawsuit in January. Proposals to expand this concept to Part D drugs are still pending, but have bipartisan approval; more extreme proposals such as the promise to seize patents and produce drugs via compulsory licensing, of course, do not.

But what exactly is the plan, when it comes to demands to expand Medicare eligibility? There have been two versions floated about: the first offers a “buy in” to otherwise-uninsured near-seniors, and the other simply offers the benefit under the same terms as for those already age 65. The letters from Sen. Sanders and Senate Democrats and from House Democrats do not spell out precisely their intention when they call for eligibility expansion alongside benefits expansion. Can it be inferred from their claim that Medicare would save $500 billion over 10 years with prescription drug price-control and the money could be used to “expand and improve Medicare,” that they intend for their pre-65 Medicare to be exactly as “free” as 65+ Medicare? Politico reports that merely to add dental, vision, and hearing benefits would cost $350 billion, but that Sanders, when asked, declined to discuss the costs of his proposals:

“He said he doesn’t want to just pick a target; he wants to check off as much as can be done to help people across the country and then figure out just how much that would cost.”

What is the actual cost of Medicare expansion? Even in a moderate form down to age 60, one estimate is between $40 billion to $100 billion per year, which, at the higher end, or with a further eligible drop down to age 55, would be far, far more than the projected savings from drug price controls, even without the addition of the benefit enhancements.

As to the various buy-in proposals, Kaiser evaluated several of the proposals being floated as of 2018. These proposals keep the Medicare benefit design, with its Part A, B, and D benefits, calculate the cost of benefits plus administrative expenses, and use the ACA structure to provide premium subsidies. The proposals would also require that all existing Medicare providers accept new patients at the same, low, Medicare reimbursement rates as for existing over-65s, and it is this low-reimbursement mandate, not superior management or reduced administrative costs, which would reduce the cost of this coverage to recipients. And for any iteration of “buy-in,” or any of the “Medicare for All” proposals from the various Democratic candidates, the ultimate impact of including far more medical care into the “Medicare rates” is something that generates a lot of worry, without much of a sense, even from experts, as to what would happen when providers are squeezed and cannot cost-shift from Medicare to private-insurance patients.

One analysis from 2019 attempted to model the effects of some sort of Medicare expansion, based on a hypothetical non-profit hospital system, in which private-sector insurance rates are double those of Medicare. This hypothetical did not include doctors’ practices, only hospitals. It found that its current 2.3% profit margin would drop to a 1.6% margin, in the case of a voluntary buy in for those age 50 and above, where employers could not shift coverage to Medicare; if employers did have the ability to move their older employees to Medicare, the hospitals would have a 5.3% loss; for a public option for all ages, that hospital system would have an 8.4% loss. (I was unable to find a similar analysis of doctors’ revenues.)

It stands to reason, then, that, however much the United States may be overpaying when it comes to drug costs, there is no such simple answer when it comes to costs for healthcare, in general, where expanding the number of recipients of care at Medicare rates (or, even more extreme, the Medicaid rates), would open up a can of worms. Proposals exist to reduce the cost of medical care, far more broadly speaking than simply forcing down reimbursement rates or expanding the number of people eligible for the lowest rates, but this is a far greater challenge than sloganeering, or simply declaring a new form of government benefit.

For many bank employees, remote work is here to stay
Gold Heads for Its Biggest Weekly Loss in More Than a Year
Bitcoin price falls below $37K amid little hope of a definitive weekend bounce
Supreme Court to deliberate June 24 on taxing telework case
The future of work: Employers, employees and the long road to compromise