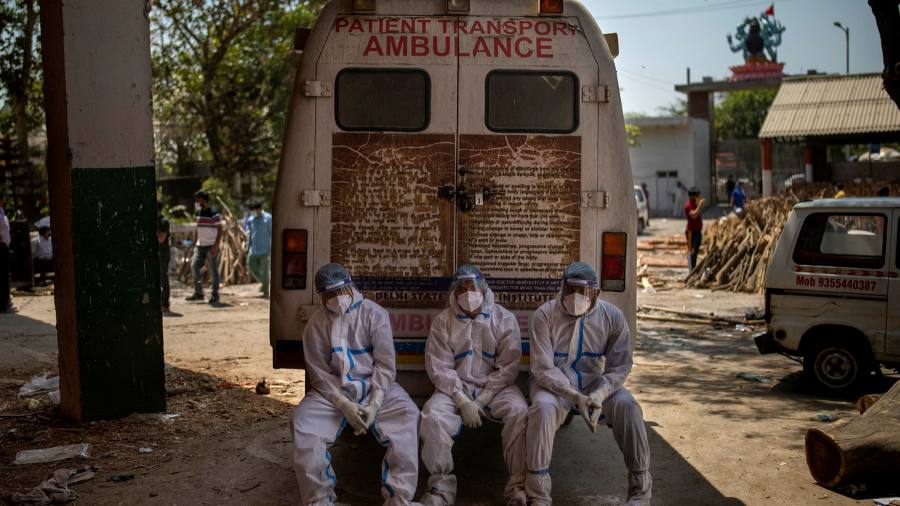 Throughout 2020, Asia’s success in controlling Covid-19 made it the champion of the world economy. While Europe and the US were mired in deep recessions, much of Asia escaped with a shallower downturn or even kept growing.

But as western economies gear up for a vaccine-induced rebound which is set to take their output back to its pre-pandemic scale by the end of this year, parts of Asia are still paralysed by coronavirus. As a result, although the region’s output is already above its pre-pandemic level, slower growth is expected in the coming months.

As it launched its new regional outlook last week, the Asian Development Bank said that the region’s economies were diverging and that more Covid-19 waves were a big risk.

The ADB projected growth of 5.6 per cent across developing Asian economies in 2021, led by growth of 8.1 per cent in China and 11 per cent in India. But the continued threat of coronavirus means risks to that outlook are skewed to the downside.

“Six months ago, or eight months ago, I would have said Asia is going to be ahead of the game because Asia can control Covid,” said Steve Cochrane, chief Apac economist at Moody’s Analytics in Singapore.

But the picture has changed, with India suffering a severe wave of the virus, and cases still high in countries such as Indonesia, the Philippines and Thailand. Thailand is unable to reopen its crucial tourist industry.

More subtly, countries such as Japan are only controlling the virus with restrictions that keep parts of the economy in hibernation. “Some countries need vaccines to control Covid,” said Cochrane. “Others need it so they can open up to international travel and tourism.”

The promise of more than 6 per cent growth in the US this year, as a result of President Joe Biden’s fiscal stimulus, would normally have Asian exporters licking their lips.

The outlook, however, is more subdued than record US growth would usually imply: Americans already bought plenty of goods during the pandemic, while higher US interest rates would mean tighter financial conditions in Asia.

“Adding stimulus at this stage, from the goods perspective, is a real test of whether wants are insatiable,” said Freya Beamish, chief Asia economist at Pantheon Macroeconomics. As the economy opens up, US consumers will probably pay for the services they were denied during lockdown — such as meals out and haircuts — rather than replacing their television again.

There will still be some spillover from the US stimulus, said Beamish, noting that service providers needed equipment, too. “We suspect that people will find new goods to buy and that Asia will benefit from that.” But she added: “We suspect that China will benefit proportionately less from the services recovery than from the manufacturing recovery.”

Whether the extra US demand for goods turns out to be large or small, it is clearly positive. By contrast, higher US interest rates and a stronger dollar would threaten many emerging Asian economies with a repeat of the 2013 “taper tantrum”.

Increased financial integration and foreign currency borrowing mean that the pain of rising US interest rates is quickly felt on the other side of the Pacific.

“A stronger dollar is no longer an unalloyed blessing for Asia,” said Frederic Neumann, co-head of Asia economics at HSBC in Hong Kong. “It helps exports but tightens financial conditions.”

However, inflation is subdued across most of emerging Asia, and the ADB said the risk of a US-induced shock to financial conditions “remains manageable at present”. It said economies such as Sri Lanka and Laos would be vulnerable if such a shock occurred.

Some Asian economies are well-placed for the next few years, especially Taiwan and South Korea, which are exposed to the semiconductor cycle. “Judging from semiconductor shortages, it doesn’t look like the electronics cycle will break down in the next two or three quarters. That tides them over this rough patch,” said Neumann.

But other Asian economies will find themselves in the less familiar position of relying on domestic demand to grow. One of the biggest question marks is China itself, where first quarter numbers suggest the economy has lost a little momentum.

“Chinese domestic demand still has a way to go,” said Cochrane. “Our forecast right now is for 8 per cent growth in China in 2021, but it depends a lot on policymakers and how quickly they pull back on stimulus and introduce frictions in areas like construction.”