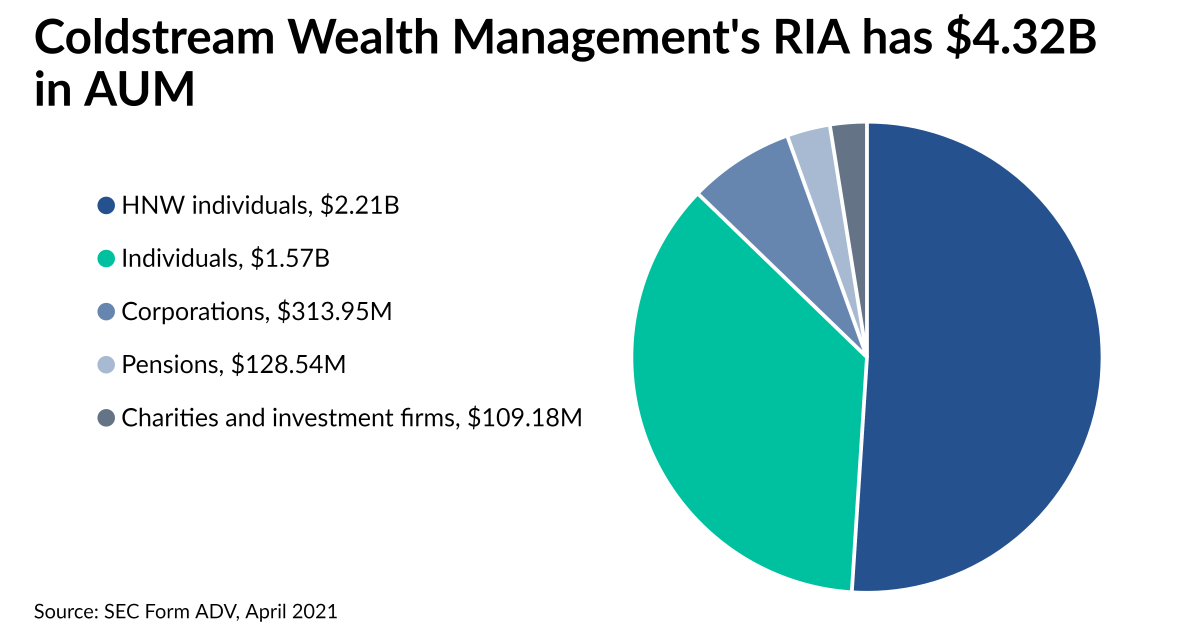 After a national search for a partner to help it gain more scale, a billion-dollar RIA found the right fit with a firm in its backyard.

Paracle Advisors is folding into Coldstream Wealth Management in a deal that will push the Seattle-based firm above 100 employees and $5.5 billion in client assets upon the expected June 30 close. The parties didn’t disclose the terms of the deal, which they announced May 3.

In addition to having their headquarters in the same area, Paracle and Coldstream are also both employee-owned. They’re aiming to show other RIAs that there’s a “third way” between organic growth and the private equity-backed M&A fueling record consolidation in wealth management, Paracle co-founder Anne Marie Stonich said in an interview.

“This merger is really an opportunity to focus around culture and values, a shared vision for the future,” Stonich says. “This isn’t about financial engineering, this is about two firms that are really aligned.”

Privately held firms with varying degrees of advisor and employee stock ownership plans have built their businesses on a similar model successfully over decades, even as PE infusions and publicly traded firms dominate the upper ranks of wealth management. Independent broker-dealers such as Commonwealth Financial Network, Cambridge Investment Research and United Planners Financial Services use their lack of external ownership as a selling point.

Mercer Island, Washington-based Paracle isn’t affiliated with any BDs, but its new parent firm has one in Coldstream Securities. After the deal closes, the practice will keep its headquarters as the fourth office location of Coldstream and Stonich will be the combined firm’s chief wealth strategist and marketing lead. Fellow Paracle shareholders Elliott Brink, Josh Harris and Duane Duim are taking new positions with Coldstream as well.

While Coldstream Managing Shareholder Kevin Fitzwilson credits private equity investors for “professionalizing” much of the industry, he says they reject ideas that may hurt the bottom line while helping clients and advisors. After completing just two other acquisitions in the firm’s 25-year history, Coldstream now plans to expand in the Pacific Northwest among potential partners grappling with company successions and how to retain multi-generational clients.

“These businesses have fundamental long-term challenges,” Fitzwilson says. “We want people to know there are other choices besides getting on the private equity merry-go-round.”

The combined firm will have more than 60 employees registered as investment adviser representatives, according to their latest SEC Form ADV. Paracle had grown to more than $1.4 billion in assets under management after launching as a fee-only firm in 2004. The firm selected Coldstream after looking nationally for a partner that could help it expand its range of investment products and other resources for clients, Stonich says.

After Paracle folds into Coldstream later this year, the firm will be on the lookout for other practices “led by professionals who want to drive more business growth” while remaining part of their firms for a long time, she says.

“This isn’t necessarily an opportunity for someone who just wants to be bought out with as much cash as possible,” Stonich adds.