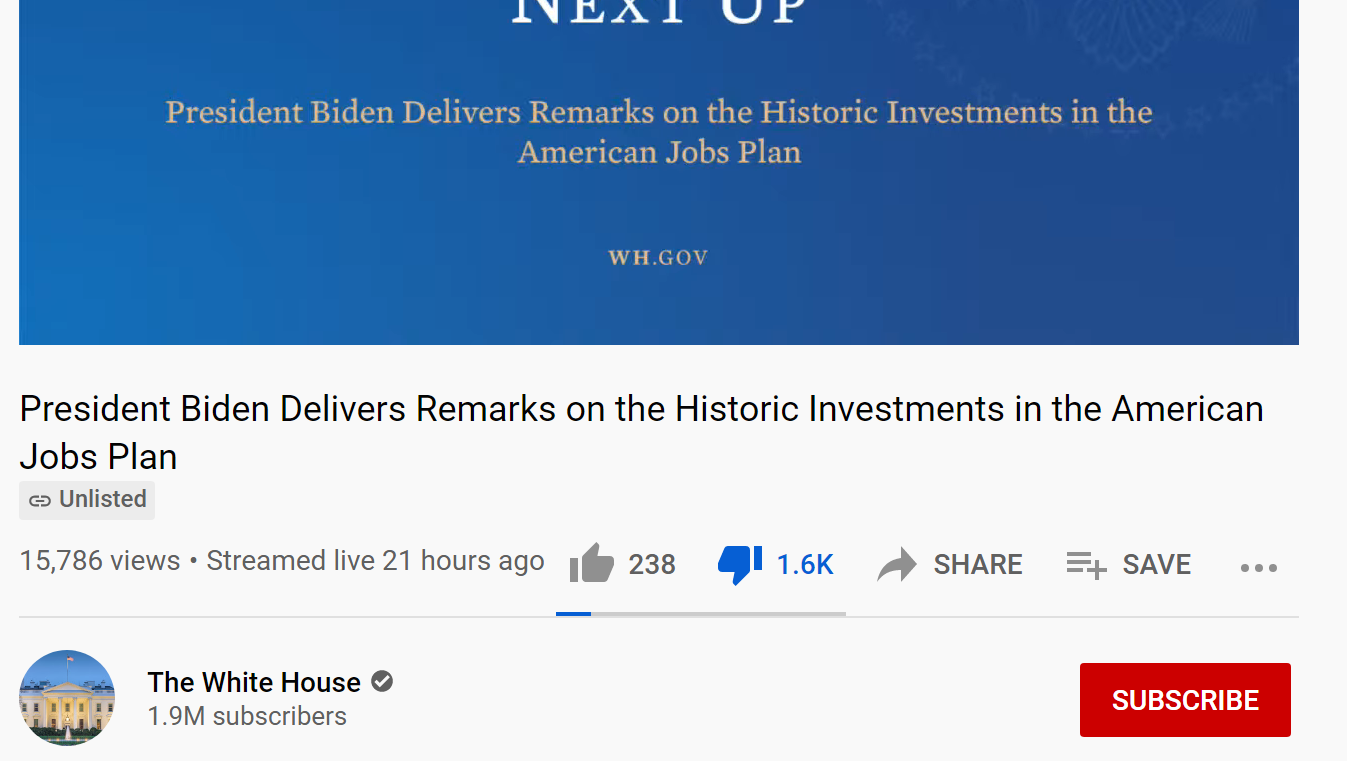 ONLY ONE? Top Biden officials busted telling an enormous lie about ‘infrastructure’ plan:

Wow! A whopping 19 million jobs created! Who could oppose that!?

There’s just one problem: This 19 million figure is based on a gross distortion of an economic report. The claim that Biden’s spending bonanza would create 19 million jobs has no basis in reality. The figure comes from Moody’s Analytics, a respected economic analysis firm, albeit one often very generous and favorable to big government spending plans. However, what the Moody’s report does is map out projections for several different scenarios.

In the scenario where Biden’s infrastructure proposal is passed, Moody’s projects that the economy will create 18.96 million jobs over a decade. Yet as Washington Post fact-checker Glenn Kessler aptly explained, that’s compared to a baseline projection of 16.3 million jobs being created without the infrastructure proposal. (But with the already-passed stimulus legislation). So the real number of jobs Biden’s plan would create, according to this Moody’s report, is 2.7 million. That’s a far cry from the “19 million jobs created” in Biden’s initial telling. Indeed, the White House and Buttigieg have had to retract their objectively false claim publicly.

It’s par for the course — Biden’s previous government experience was as part of the administration that invented the imaginary “jobs saved or created” metric in 2009.

But who can argue with anything that’s Samantha Bee approved? Liberal comedian Samantha Bee admits she pulls punches when it comes to Biden: ‘I can’t deny that.’

“I can’t deny that that has happened, I think that’s probably true across the board,” Bee said. “You’re like, ‘OK, well, we could be making jokes about the infrastructure plan,’ but in general, I’m like, ‘Wow, this is great.’ Why would I purposefully undermine something that seems to be a great idea, pretty much across the board?”

A Democrat in the White House means the palace guard “comedians” are back.

If “infrastructure” can mean anything, then it means nothing. t.co/BPTyp2hmdI