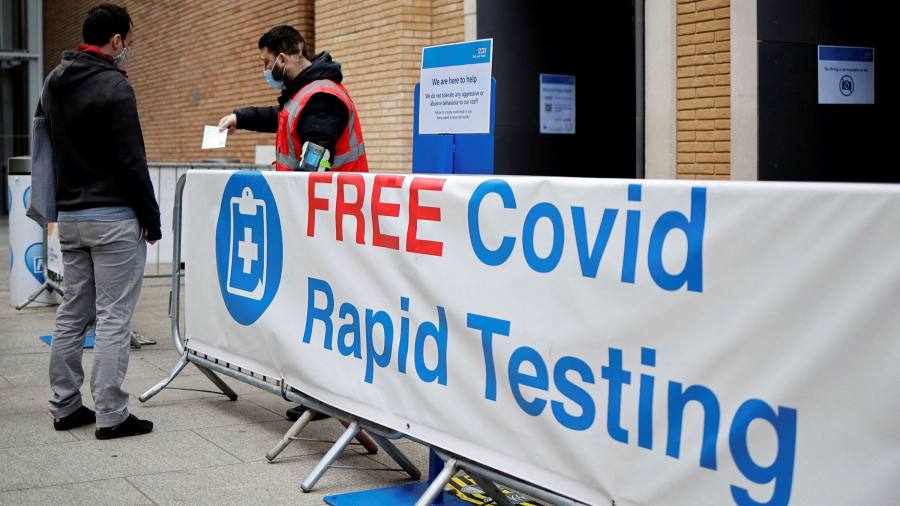 Health officials say they are still assessing whether a variant of Covid-19 first discovered in India is more transmissible and vaccine evasive than other forms of the virus after the discovery of 77 cases in the UK.

Susan Hopkins, a senior medical adviser at Public Health England, said on Sunday that scientists did not have enough data to clarify whether it should be classed as a “variant of concern” — the most serious classification.

At the moment the B.1.617 variant, which has been linked with a surge in cases in India in recent weeks, has been classified by Britain as a “variant under investigation”.

Speaking on the BBC’s Andrew Marr programme, Hopkins said: “To escalate it up the ranking we need to know that it’s increased transmissibility, increased severity, or vaccine-evading, and we just don’t have that yet, but we’re looking at the data on a daily basis.”

She added that scientists were also conducting investigations to determine whether it was spreading within the community.

“The vast majority of the cases we have confirmed are known [to] have come from India and or tested on day two or day eight of their isolation period,” she said.

Concern over the variant comes as cases have risen alarmingly within India: over the weekend the country recorded 261,500 new infections and 1,501 deaths.

Boris Johnson is facing growing pressure from Labour to cancel his trip to India later this month, while some scientists have called for the country to be placed on the UK’s red list which bans travel from certain countries.

The environment secretary George Eustice on Sunday dismissed the push for Johnson to cancel his trip, describing the visit as “appropriate”. He added: “I think it is important that the business of politics does continue and doesn’t stop completely — we just need to make sure we take the right precautions”.

The government said on Sunday that the decision to add and remove countries to and from the red list was “informed by the latest scientific data and public health advice”.

Despite the worry over the spread of new variants — the UK stepped up testing for a strain first discovered in South Africa last week — Hopkins argued that the latest coronavirus figures were showing signs of “positive progress”, with infections at the lowest level since September 2020.

However, she noted that it was still too soon to assess the effect of lifting restrictions in England last Monday. “We need two to three weeks’ data at least after each unlocking to be able to assess the impact of that,” she said.

Eustice said it was “too early to say” for certain whether the government would be able to reopen indoor hospitality as planned on May 17 — the next step on the government’s lockdown easing road map.

But he said the country was “on track” with the rollout of the vaccination programme, which has now vaccinated 32.8m people, including almost 10m second doses.

Eustice said that the government remained “cautious”, adding “although we’ve now got 60 per cent of the adult population vaccinated, we do just have to keep a close eye on these variants of concern and also see what the impacts are of the easements we’ve just made before moving to the next stage.”

After a weekend of brisk but restricted business, the hospitality industry called on the government to abide by its timetable for easing the lockdown and avoid being “derailed” by ideas such as vaccine passports.

Chief executives of J D Wetherspoon, Fuller’s and The Restaurant Group were among 38 leaders of hospitality companies who signed a letter in the Sunday Telegraph, which noted that two-thirds of venues were still unable to open outdoors “and none is breaking even”.

“We must be driven by data not dates — and the data say it is safe to confirm now the reopening of indoor hospitality on May 17 and the lifting of all social-distancing restrictions on hospitality on June 21,” the letter said.