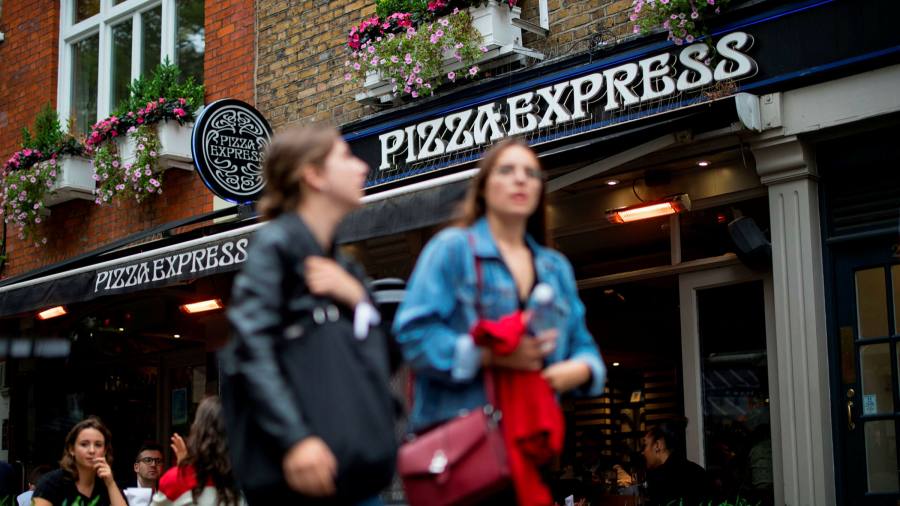 PizzaExpress is to recruit 1,000 new staff as it emerges after months of lockdown and a major financial restructuring that led it to close almost 100 restaurants.

Hospitality businesses across the UK are rushing to bring back furloughed employees and recruit new ones in anticipation of a bump in demand as lockdowns end, with many fearing staff shortages as a result of workers leaving the industry.

PizzaExpress said that 300 of the 1,000 staff it hires will be supported by the government’s Kickstart scheme, which provides six months of funding to cover wages of new jobs for 16 to 24-year-olds.

The company made 2,400 staff redundant in 2020 as it underwent a financial restructuring through which the chain changed ownership and cut a £1.1bn net debt pile before £465m of secured bonds matured in August this year.

The 56-year-old casual dining group opened 118 of its restaurants in England for outside dining when permitted in April and said it plans to open all 360 of its UK restaurants if indoor service is allowed to resume in May as expected.

It said that trading had been “good” since it opened al fresco areas thanks to the weather but declined to give any specific figures. Several operators have noted that they are still lossmaking despite the ability to serve customers outside.

Jonathan Neame, chief executive of Shepherd Neame, which has opened two-thirds of its 316 sites, said the pub group would not trade profitably until May.

Employment figures released by the Office for National Statistics this week show that the hospitality industry has been disproportionately hit by the pandemic. It was the worst hit sector in terms of job losses with 355,000 fewer employees between March 2020 and March 2021, accounting for 43 per cent of the national total.

More than half of those that have lost jobs in the sector were under 25, the data showed.

Chris Gamm, chief executive of Springboard, a charity that supports recruitment into the hospitality industry, said that the sector had to seek out local talent in order to plug shortfalls after many from workforce returned to their home countries during the pandemic or found jobs in other areas of the economy.

“If the industry fails to seek out and nurture the future talent pipeline over the next 12 to 18 months, we will face an ever greater and more significant staffing crisis than what’s in front of us right now,” he said.

The charity said that it had seen a 400 per cent increase in applications from hospitality employers to recruit staff through the Kickstart scheme following the government’s announcement on the road map out of lockdown in February.

An investor in a major pub chain said that the hiring problem was most acute in London, adding: “There is a scandal out there that people haven’t really talked about, that there are a lot of people out there who have gone back to whichever country and carried on getting their furlough payment and had no intention of coming back.”