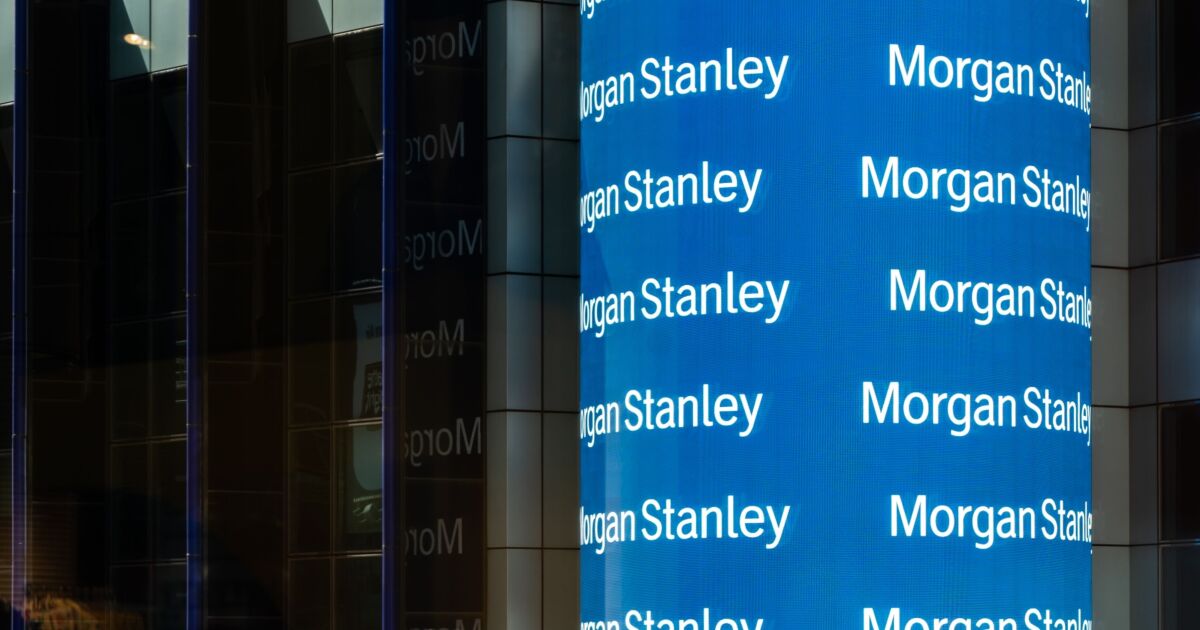 Morgan Stanley’s acquisition of E-Trade is paying early dividends for the wirehouse.

The start of 2021 was the best quarter in history for Morgan Stanley’s wealth management business, which brought in $105 billion in net new assets, an annualized increase of 10% from the beginning of the period. Fee-based flows were $37 billion, also a record for the firm, while the number of households in the self-directed channel grew 7% to 7.2 million.

That growth contributed to historic retail trading on E-Trade. Daily trades averaged 1.6 million trades in the quarter, while they averaged less than one million over the course of 2020, Morgan Stanley CFO Jonathan Pruzan said on a call with analysts.

“So we’re clearly at elevated levels. Do I think we go back to the 200,000 or 300,000 [average daily] trades they were doing in ’19? No,” Pruzan said on the earnings call. “No one’s got a crystal ball, but right now, clients are extraordinarily engaged. And we’ll have to see how this plays out over time.”

Total assets in Morgan Stanley’s wealth management division, which includes E-Trade and its traditional wirehouse business, grew 44% year-over-year to $3.35 trillion and 6% from the previous quarter.

Growth in the business has hovered between zero and 2% over the last 15 years thanks to financial advisors and their assets going independent, Morgan Stanley CEO James Gorman said on the call. He credits the first-quarter success to a compelling direct channel (E-Trade), a workplace platform (Solium Capital) and successful advisor recruiting, though the firm did not disclose advisor headcount.

While Gorman expects Q1 will be the year’s best quarter, “the growth rate is real,” he said.

“To be outgrowing some of our nontraditional competitors, even for a quarter, is just — it’s a wonderful green shoot to have planted out there,” Gorman said on the earnings call.

Morgan Stanley’s investments in technology have helped make the firm a more attractive destination for financial advisors, according to the firm’s CFO, Jonathan Pruzan.

“They’re obviously talking to their previous colleagues, and therefore [recruitment is] sort of accelerating,” Pruzan said on the call. “We’re bringing in bigger teams, better teams and attrition has dramatically slowed down.”

The otherwise record quarter for revenue and profit was marred by the bank reporting $911 million in losses tied to the collapse of Archegos Capital, an announcement that surprised investors and analysts on the call, according to Bloomberg.

Gorman called the matter a “very complex event” and was overall pleased with how his company handled it.

The firm’s philosophy is to “cauterize bad stuff” and deal with it as quickly as possible, Gorman said. Archegos won’t change how Morgan Stanley views its prime-brokerage business, but it will be looking hard at certain types of family offices and the adequacy of their financial disclosures, he said.

The Archegos hit leaves Morgan Stanley as the only major U.S. bank to be nursing losses from the flameout of Bill Hwang’s family office. The New York-based bank was one of the early backers of Archegos despite the legal taint tied to Hwang, who was previously accused of insider trading and in 2012 pleaded guilty to wire fraud on behalf of his previous hedge fund, Tiger Asia Management.

“This amount is material and should have been disclosed earlier, especially given the degree of attention prior to earnings,” Mike Mayo, an analyst at Wells Fargo said in a note to clients. “We expect more from Morgan Stanley when it comes to governance, and are incrementally concerned about complacency based on the tone from today’s conference call.”

Is AI the Key to Scaling Your Practice?
Get Ready For The Most Painful Inflation Since The Jimmy Carter Years Of The 1970s
Cyber attack shuts major US pipeline system
Entrepreneurs Are Bringing Transparency To Home Buying And Empowering The BIPOC Community
Fed Guidance: The Oxymoronic Illusion