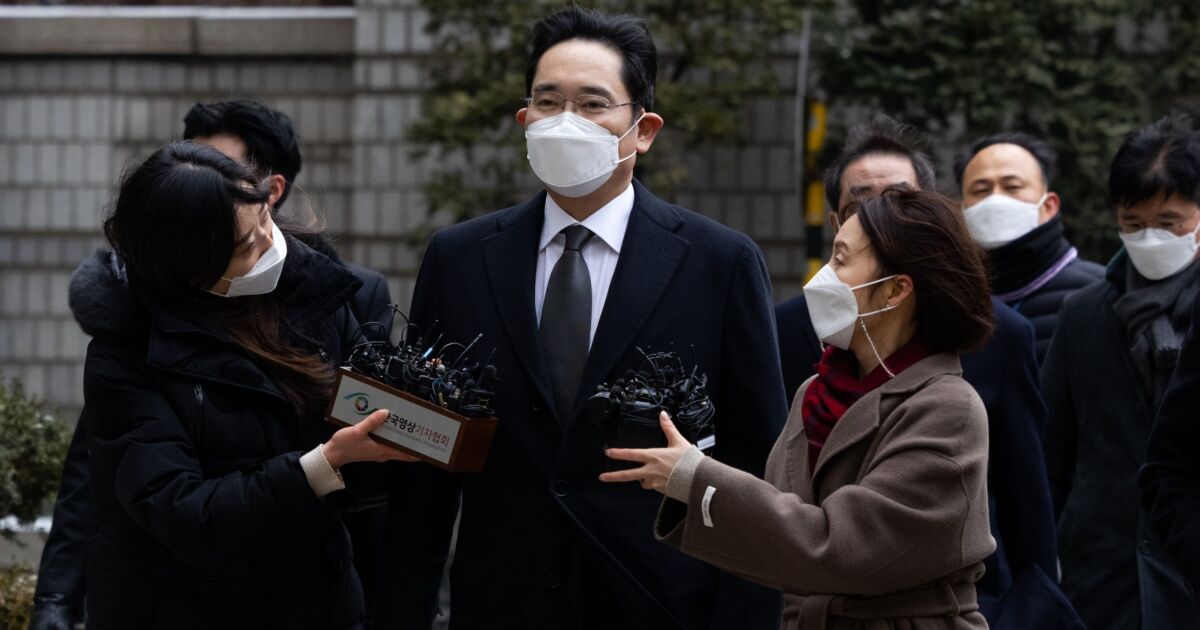 When Lee Kun-hee was assembling one of the world’s biggest privately owned art collections, little did he know that it would become embroiled in his family’s tax woes.

The trove includes a portrait of Dora Maar by Pablo Picasso, one of Claude Monet’s water lilies paintings and thousands of other works that together are estimated to be worth between $2.2 billion and $2.7 billion, according to a person familiar with the appraisal process who asked not to be named because he isn’t authorized to speak to the media.

It could prove to be a key asset in paying for one of the world’s largest inheritance-tax bills. The Samsung dynasty has until the end of the month to unveil how the family plans to finance the levy of at least $9.8 billion due after Lee’s death in October. While South Korean law doesn’t currently allow art to be used for such payments, some cultural organizations want the government to consider changing it to ensure the treasures remain in the country.

“The idea of paying inheritance tax with art hasn’t received much support because it was perceived as something that would only benefit the rich,” said Chung Joon-mo, who co-leads the Korea Art Authentication and Appraisal Research Center and was the chief curator of Korea’s National Museum of Modern and Contemporary Art. “But now there’s growing sentiment that it would be of national interest to keep such world class works of art in the country.”

Over the course of three decades, Lee’s father and Samsung founder Lee Byung-chull had built a formidable pile of mostly ancient Korean artworks, nearly all of which was donated in the 1980s to set up Hoam — the museum named after his pseudonym. His son and daughter-in-law later expanded the family’s collection, acquiring pieces by international artists.

Unlike his father, the younger Lee was known for splurging when he saw a work worth buying, according to Lee Jong-seon, who wrote “Lee Collection” and helped build the art stash (he’s unrelated to the billionaire family). In 2004, the clan founded Samsung’s Leeum museum, which houses pieces such as Jean-Michel Basquiat’s “Untitled (Black Figure)” and Gerhard Richter’s “Two Candles.”

The Lees’ private collection comprises about 13,000 works, including some by artists such as Andy Warhol and South Korea’s Park Soo-keun, the person familiar with the appraisal process said.

Now the focus is on the international pieces as the Korean ones are prohibited from being sold because they’re considered national treasures. Many could be worth millions: Another of Monet’s water lilies series, “Nympheas en fleur,” sold for a record-breaking $84.7 million at Christie’s in New York in 2018.

Analysts have said the conglomerate’s companies may increase dividends to pay for the inheritance tax — and Samsung Electronics did just that in January. Yet using some of the art could help alleviate the large sum. If the government accepted the pieces as payment, they could go to local museums that don’t have the funds to buy them themselves, former South Korean culture ministers and industry groups said in a statement last month.

The family will pay in accordance with the law, a Samsung Electronics spokeswoman said, declining to comment on the art assets or specific funding plans because they’re a personal matter. South Korea allows people to pay inheritance taxes over the course of five years after the arrangement is approved. Lee’s only son and Samsung heir, Jay Y. Lee — who’s serving an 18-month jail sentence for bribery — has pledged not to create any more controversy over succession.

It’s not the first time the family finds itself entangled in a scandal, and the art collection was embroiled in one back in 2008. Lee Kun-hee’s wife, Hong Ra-hee, who chaired the Leeum museum until 2017, was investigated on a charge of buying artworks worth tens of millions of dollars using Samsung’s slush funds, though special prosecutors concluded they were financed by Lee’s personal assets.

In the U.K., cultural properties worth $89 million were brought into public ownership in the year through March 2020 under government tax programs, according to a report by the Arts Council England. Jacob Rothschild, scion of one of the world’s biggest banking dynasties, was able to save $3.8 million from his tax bill by using art pieces, according to a 1990 article by the Spectator, a political magazine.

“It’s turning individuals’ cultural assets into public collections,” Chung said. “What was enjoyed by individual owners becomes a collective asset. So it benefits everyone in that sense.”