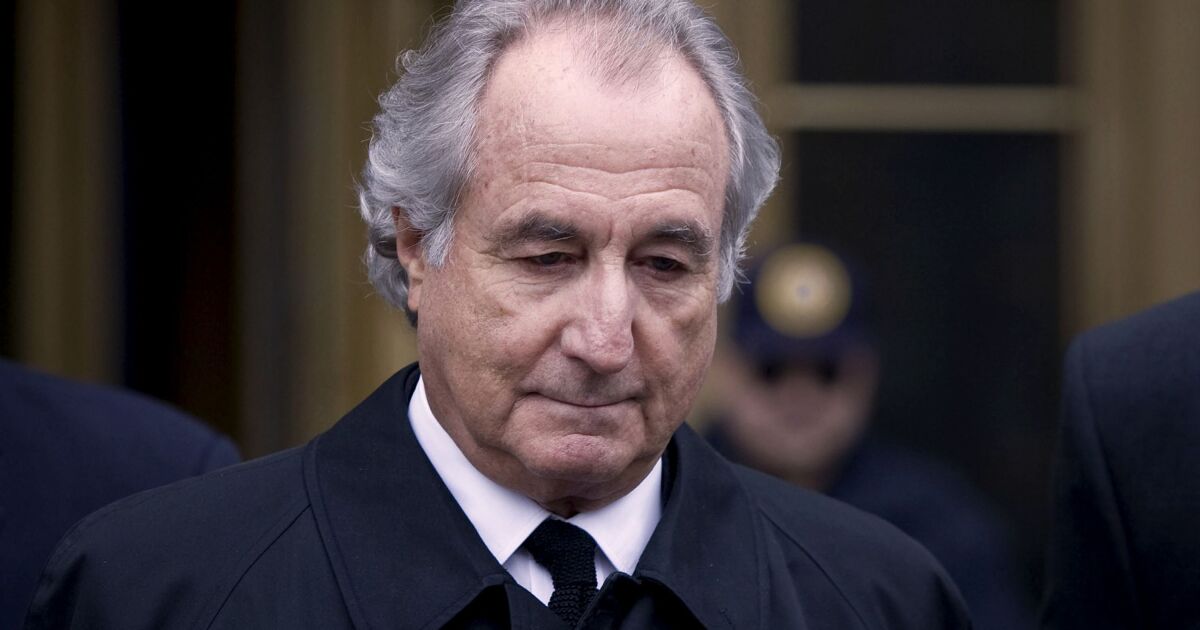 Bernard Madoff’s death in prison Wednesday doesn’t change much for his victims, many of whom are still waiting to be made whole on their share of $20 billion that vanished with the con man’s 2008 arrest.

The recovery effort, still underway in court more than a decade later, has been remarkably successful at recouping the lost principal, under the circumstances. But that’s little comfort to investors who lost their life savings or otherwise had their lives turned upside down. And none of them will ever see a cent of the $45 billion in fake trading profits Madoff assured them was safely tucked away in their accounts for retirement.

“There are still people suffering vitally from what he did,” Burt Meerow, an 82-year-old Vermont retiree who declined to disclose how much he lost, said in an interview about the new king of the Ponzi scheme, also 82 when he died. “The tragedy goes on. He doesn’t.”

Another victim, New York artist Alexandra Penney, who published a memoir titled “The Bag Lady Papers” about losing her savings, was blunter.

“I’m sorry he’s dead, because I wish he’d been tortured a long while more in jail, and I wish he’d been in solitary,” said Penney, who is renting a home in West Palm Beach, Florida, and who also declined to say how much she lost. “But now that he’s dead I will dance on his grave.”

Emotions still run high for Richard B. Shapiro, too. The 67-year-old Hidden Hills, California, real estate investor, who lost “in the seven figures” with Madoff and calls him a “psychopath,” said he’s never forgotten the shock of the news of Madoff’s arrest. He remembers the scam falling apart the way people remember the 9/11 terror attack or President John F. Kennedy’s assassination, he said.

“I hope he rots in hell,” said Shapiro, who was introduced to Madoff by a friend and started investing with him in the 1990s. “He got off easier, and I have no compassion for him or his family in any way, shape or form.”

Shapiro said he ultimately sold the bankruptcy claims for his two Madoff accounts, one for 61.5 cents on the dollar and the other — too early, he lamented — for 35, to help kick-start his financial recovery.

Madoff, who pleaded guilty to securities fraud in 2009, was serving a 150-year sentence at a federal prison in Butner, North Carolina. Five of his top aides were convicted at trial in 2014. Several others, including his brother Peter, pleaded guilty.

The Madoff family was marked by tragedy in the years after the scam fell apart. Madoff’s elder son Mark, who was head of sales at the company’s legitimate market-making business, committed suicide in 2010, on the two-year anniversary of his father’s arrest. His younger son Andrew, who as head of equities helped build the company’s proprietary trading desk, died of cancer in 2014. Neither son was charged. The con man’s wife, Ruth Madoff, has been living in obscurity, most recently in Connecticut, after being forced from their luxurious Upper East Side home.

“Bernie, up until his death, lived with guilt and remorse for his crimes,” his lawyer, Brandon Sample, said in announcing Madoff’s death. “Although the crimes Bernie was convicted of have come to define who he was, he was also a father and a husband. He was soft spoken and an intellectual. Bernie was by no means perfect. But no man is.”

Madoff’s level of remorse has always been in question. Even from prison, Madoff has said in recent years that he ran a proper business for decades and that his biggest early investors were to blame for his crimes by demanding unrealistic returns. He could have proved as much, he argued, if he’d gone to trial.

The people who put him behind bars don’t buy it.

“Madoff is a good example of the extent to which people who are involved in fraud can often be so deeply invested in their own lies that where the truth ends and the lie begins gets obscured even for them,” said Randall Jackson, a former assistant U.S. attorney in Manhattan who prosecuted Madoff. “I have no doubt Bernie completely understood that his activities were massively fraudulent for many decades and the sum total of his life was an enormous lie.”

‘Obsessed over drugs’
Julian Moore, another former assistant U.S. attorney who was one of the lead prosecutors on the case, said Madoff’s death and the conviction of his top aides “may be closure for some” but still isn’t adequate justice. The government can help prevent a recurrence by being more equitable in its enforcement priorities, he said.

“While the nation obsessed over the war on drugs and disproportionately and unfairly prosecuted minorities, white collar defendants like Madoff ran free until the financial collapse of 2008 revealed the emperor had no clothes,” Moore said.

To Shapiro, the California real estate investor, it’s even starker.

“When I wrote to Judge Chin I said he murdered people,” Shapiro said of a letter he filed for the federal judge who oversaw Madoff’s case. “People died, and those people died penniless. He ruined so many lives. He was a murderer, in my mind.”

And “brilliant” in his deception, Shapiro said, wondering at Madoff’s “perfect setup.”

“You had to beg him to take your money,” he said.

Huge blow to SEC
The Herculean effort to recover cash for the victims through litigation in bankruptcy court has so far repaid nearly 70% of valid claims — a far better outcome than many expected when the fraud was fresh. Even so, the process has dragged on, creating uncertainty for many and a blizzard of paperwork for others. It has been overseen by New York lawyer Irving Picard, the trustee for Madoff’s company in court. He recovered the funds by suing hundreds of customers who withdrew more money from their accounts than they deposited, spending profits that existed only on paper.

Hundreds argued they were victimized a second time by that system. To them, they were spending money they had every right to believe was theirs. Ultimately that’s not how the courts saw it, and hundreds of former Madoff customers sued by Picard have reached settlements to help pay victims who didn’t withdraw their principal. Picard has recovered more than $14 billion, much of it from large early investors who reaped billions from Madoff’s fraud, as well as from banks that effectively did business with a con man and allowed his scheme to continue.

Madoff’s admission that he spent years running the massive fraud under the noses of financial regulators was a huge blow to the SEC, compounded by the revelation that whistleblower Harry Markopolos’s repeated warnings to the agency about Madoff fell on deaf ears.

Although the scandal broke amid a far larger financial crisis, the SEC has said many of the reforms that followed were in direct response to weaknesses exposed by Madoff.

A damaged industry
Among those reforms were efforts to strengthen the SEC’s enforcement division and safeguard investor assets through surprise exams and stricter rules involving account statements and custody of assets. In addition, a whistleblower office was created at the SEC and at the CFTC to reward insiders and others who provide tips about financial wrongdoing that result in recoveries.

Beyond the U.S., investors in Switzerland were among the hardest hit by the scandal, which eventually helped trigger the collapse of the fund-of-funds industry. Such funds, which track and research hedge funds and allocate investors’ cash to them, have seen outflows every year since 2008, while their number has been more than halved since then, according to data compiled by Hedge Fund Research.

When investors learned about such exposure to Madoff, they scrambled to pull their money out, sparking a frenzy of withdrawals akin to a bank run and hurting those without exposure. Madoff was poison to funds of hedge funds “that pride themselves on giving investors access to top managers,” said Nicolas Roth, head of alternative assets at Geneva-based private bank Reyl & Cie.

Meerow, the Vermont victim, said he’s been more careful and now invests only in what he understands — though he hasn’t lost all trust in Wall Street.

“I don’t think there are a lot of Madoffs running around,” he said.