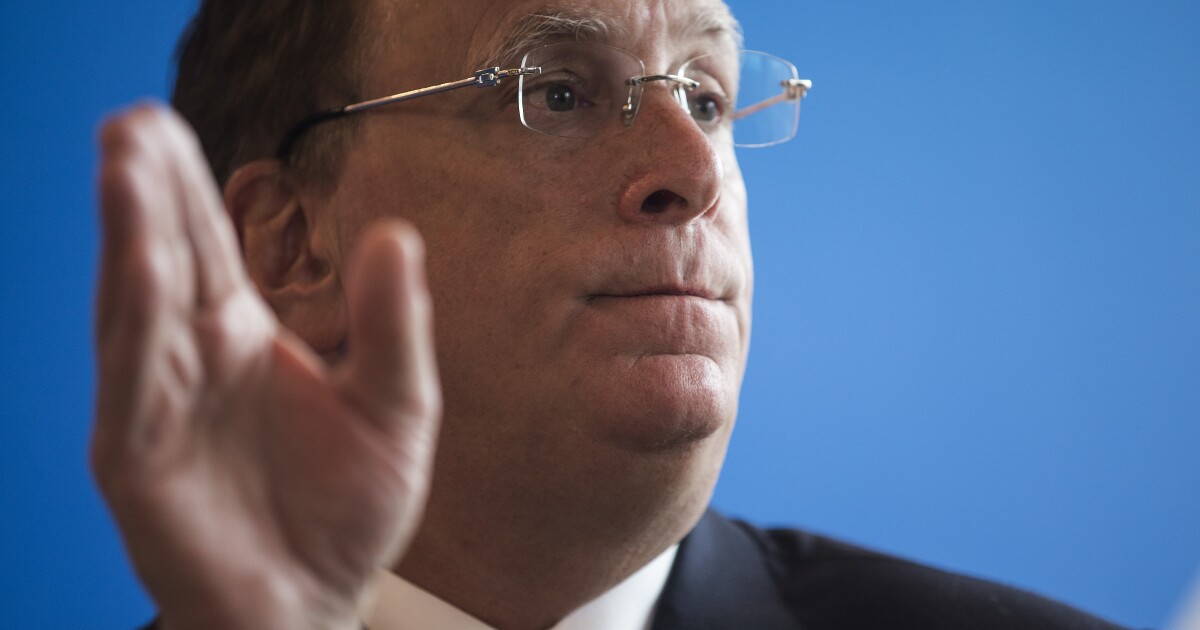 “I judge BlackRock pretty harshly on that,” Fink said in an interview with the Harvard Business Review, which was taped last week and broadcast Thursday. He said the firm offers training and other programs to help employees understand their subconscious bias.

“We aren’t moving as fast as I wanted our firm to move” following the racial events of the past few years, Fink said. “We are taking that responsibility deeply.”

Unlike competing financial-services firms, BlackRock has agreed to undergo a racial audit. The independent reviews are designed to assess a company’s business model to determine whether they cause, reinforce or perpetuate discrimination.

Switching to climate change, Fink said the world can’t only focus on electric vehicles and related technologies to meet net-zero emissions goals. Agriculture, which represents 18% of the world’s carbon footprint, is another important focal point, he said.

“We can’t solve a net-zero world focusing on just consumer vehicles and trucks,” Fink said. “We need to look at every component and try to find ways of reducing the utilization of hydrocarbons.”

By 2050, New York-based BlackRock aims to have net-zero emissions across all of its assets under management, which totaled about $8.7 trillion at the end of last year. In his annual letter, Fink said BlackRock expects companies to reveal how they plan to adjust to a net-zero future.

Despite its goals around combating global warming, BlackRock has been criticized by activist groups that contend the company should take more aggressive steps against coal, oil and gas industries.