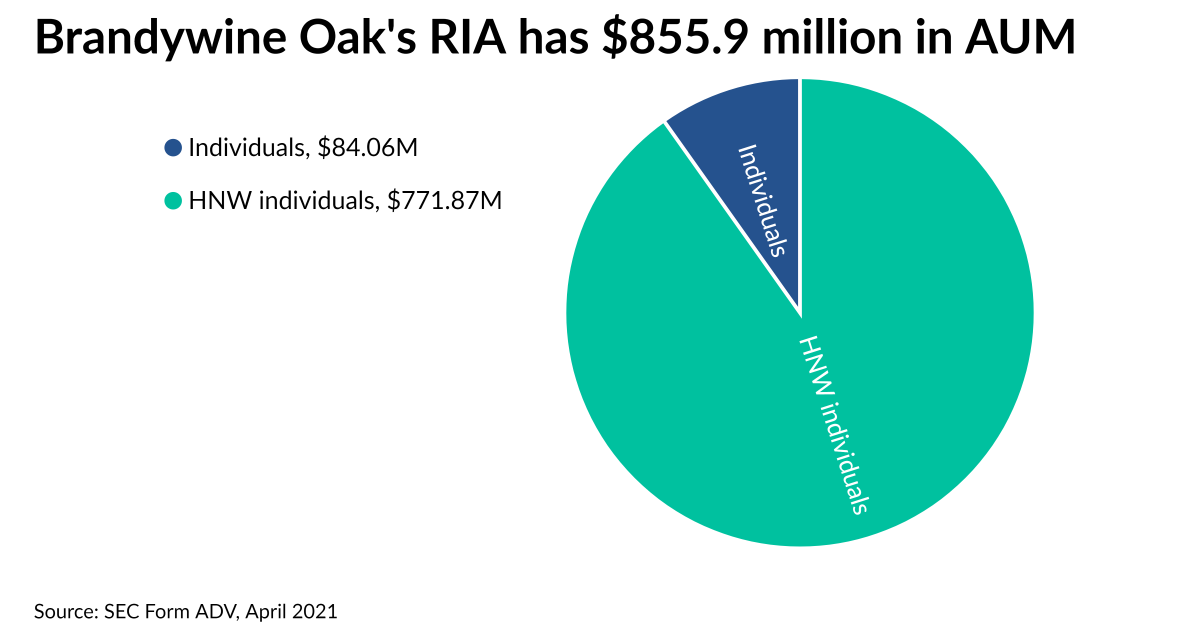 A family office and high-net-worth practice that left Merrill Lynch to launch an RIA in 2018 has in turn recruited an advisor going independent after more than 20 years with wirehouses.

Quadrini knew Brandywine founder Michael Henley and other firm partners from their prior tenures at Merrill Lynch, where Quadrini started in 1999 in an institutional municipal sales role before converting into an advisor. As part of the move, she will also open a new Brandywine office in Kiawah Island, South Carolina.

Seeing the need for a team to serve multigenerational clients and the disruption of the coronavirus pandemic prompted Quadrini’s move, she says.

“A lot of individuals are re-evaluating their situations, both professionally and personally,” Quadrini says. “For that depth of relationship, to maintain the continuity, you need to have a bench.”

A representative for Wells Fargo didn’t immediately respond to a request for comment on her move.

Quadrini officially registered with Brandywine’s RIA April 12, according to FINRA BrokerCheck, and she plans to drop her brokerage registration as part of the move. Prior to Quadrini’s five-year tenure with Wells Fargo, she spent eight years with UBS and nine with Merrill Lynch. Quadrini appeared on the latest annual America’s Top Women Advisors and Forbes Best-In-State Wealth Advisors lists.

“Lisa is a true professional,” says Henley, who notes she was one of the first advisors that came to the partners’ minds when they began considering potential recruits. “We really went after her, almost like a prospect.”

Brandywine has 10 staff members, six of whom are advisors, according to Henley. Half of the advisors are women — notable in a profession where only 18% are women, research firm Cerulli Associates reports.

Dynasty has carried out more than 150 breakaway deals since its launch. Currently, 48 RIAs use Dynasty’s services, managing $55 billion in client assets on the core platform and $27 billion more through its turnkey asset management program.