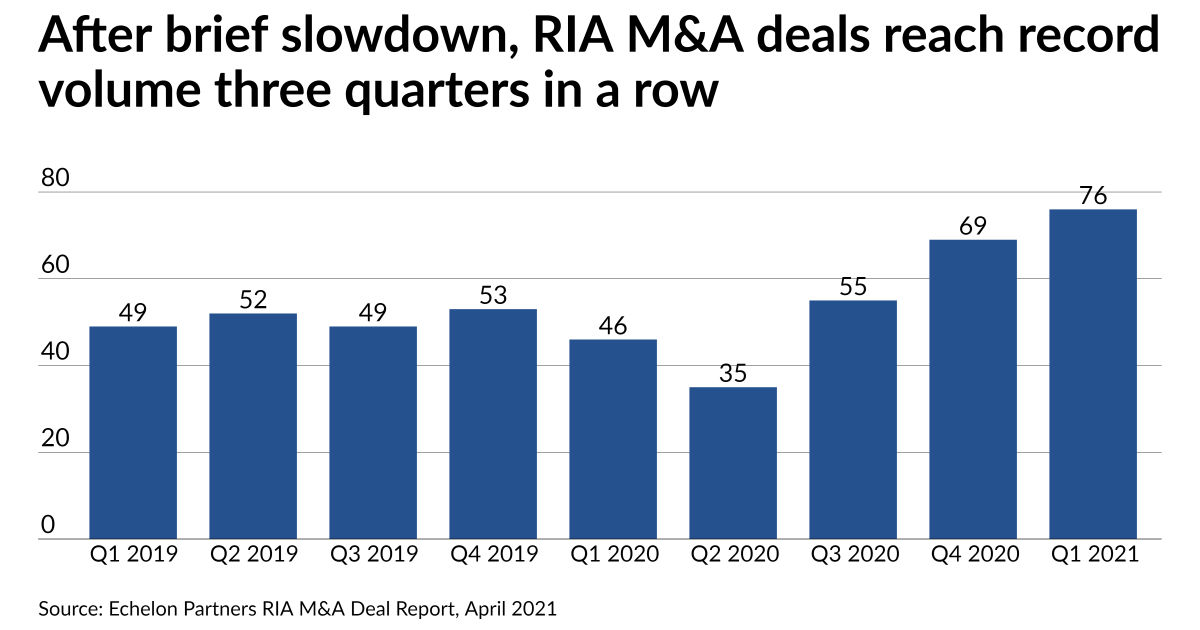 An RIA aggregator that launched into the crowded sector earlier this year has made its first M&A deal and opened its first location on the West Coast.

Financial advisor Kristin Bartlow joined Journey Strategic Wealth after nearly a dozen years with Northwestern Mutual, where she had grown the ensemble practice to a team of four managing $195 million in client assets, Bartlow said in an interview. Journey announced the new outpost of the RIA on April 13, four months after advisor coach Penny Phillips and planners Michael Brown and Brian Flynn launched the firm. The parties didn’t disclose terms of the deal.

Journey aims to stand out from the field of wealth managers serving RIAs with a strong foundation in practice management and a focus on “solo-preneur” practices with between $100 million and $1 billion in client assets, according to Phillips. The firm’s newest advisor picked Journey out of nearly 20 firms in a due diligence process beginning almost two years ago. The selling points: practice management and other back-office support services, along with the people, Bartlow says.

“Once I started talking with firms, I found myself way more attracted to total independence,” Bartlow says. “I really didn’t want to do it all on my own.”

Representatives for Northwestern Mutual didn’t immediately respond to a request for comment on her departure.

Bartlow expressed gratitude to her former broker-dealer, calling it a “wonderful firm.” However, she says that removing conflicts of interest acted as a factor in her decision to leave, and she’s also dropping her FINRA license. The San Francisco-based firm includes Director of Planning Brett Agnew, financial advisor Kevin Rinow and executive assistant Adrienne Braccia Conrad.

Phillips had consulted for Bartlow previously through her other firm, Thrivos Consulting. After bolting on the new practice to the existing book Brown and Flynn had previously built at Magnus Financial Group, Summit, New Jersey-based Journey has approximately $2.5 billion in client assets, according to Phillips. Journey gives advisors the option of maintaining BD registration through Purshe Kaplan Sterling Investments.

Bartlow “fits the mold” of the new firm’s recruiting targets, Phillips says, describing insurance BD practices with about $150 million in assets as a “darkhorse of the business” that don’t get approached by prospective firms as much as larger wirehouse or independent teams. As examples of Journey’s services, she cites billing, trading, a budgetary system to notify advisors when a team can hire a new employee and HR solutions for hiring them.

“We know that advisors are leaving BDs and especially the BD insurance channel because of the shift to total objectivity,” Phillips says. “As an industry, I don’t believe we’ve done a good enough job educating advisors on the totality of the independent landscape…Having the highest payout doesn’t necessarily solve the challenges of trying to build an efficient business.”