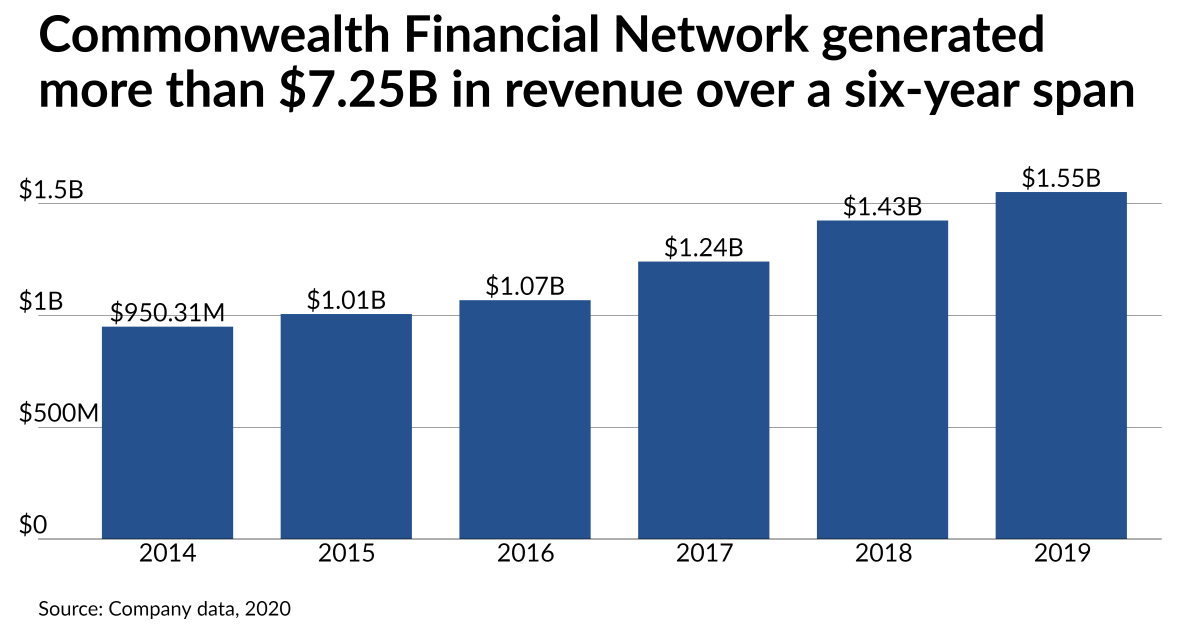 As wealth managers brace for regulatory changes under the Biden Administration, one of the largest firms tapped a rival’s executive to lead its legal and regulatory strategy.

Commonwealth Financial Network appointed Peggy Ho its general counsel after she spent 14 years with LPL Financial — where she was head of government relations as well as chief of staff for compliance, legal, and risk, Commonwealth announced April 19. She replaced Jim Adelman, who’s retiring after 16 years with the Waltham, Massachusetts-based firm.

As one of the largest and most influential independent broker-dealers known for its commitment to remaining privately held and getting high marks in advisor satisfaction, Commonwealth is also fighting in federal court against an SEC case alleging the firm failed to adequately disclose the conflicts of interest of a revenue-sharing program. Asked for her plans in the new role, Ho declined to speak in detail after only a couple of days in the position at Commonwealth.

“Right now my goal is to listen and learn as much as I can,” said Ho. “I’ve admired them for many years and have always thought if there was an opportunity to join then I would jump on it.”

Representatives for LPL didn’t respond to a request for her departure.

Citing her work on the firm’s IPO in 2010, the building of LPL’s government relations team and, more recently, the transition to remote work during the pandemic as her proudest accomplishments with LPL, Ho praises her former employer. At Commonwealth, she’s leading a team of five attorneys and five other employees and reporting to COO Trap Kloman.

“Peggy joins us with a wealth of experience that includes compliance, legal, risk management and government advocacy,” Kloman said in a statement. “In the ever-evolving regulatory landscape in our industry, we will rely heavily on her knowledge and insights to move our firm forward.”

Ho joins Commonwealth as the next phase in the ongoing saga around industry fiduciary rules begins anew. Earlier this month, the Senate confirmed President Biden’s pick for SEC chairman, Gary Gensler. Especially after new guidance from the Labor Department drew praise from investor advocates, proponents of the Obama Administration’s fiduciary rule see cause for hope that Gensler could alter the Trump Administration’s SEC Regulation Best Interest in a way that’s similar to the earlier vacated rule. Wealth managers and industry trade groups oppose changes to Reg BI that would make it more rigorous.

Acknowledging that the rule implemented last year isn’t perfect, Ho argues that the “danger in constant churn and constant movement” is that firms like Commonwealth could “have a very difficult time figuring out” how to serve clients under shifting regulations. She also called it dangerous to speculate on how Gensler will proceed at the SEC.

“What’s so unfortunate about this particular issue is how politicized it’s become,” Ho says. “It’s a good rule, it’s a strong rule, it’s come through a lot of collaborative discussion, it’s come through challenges. I think we should let it play out…Let’s give it a chance to take effect before we try to fiddle with it or tweak it.”