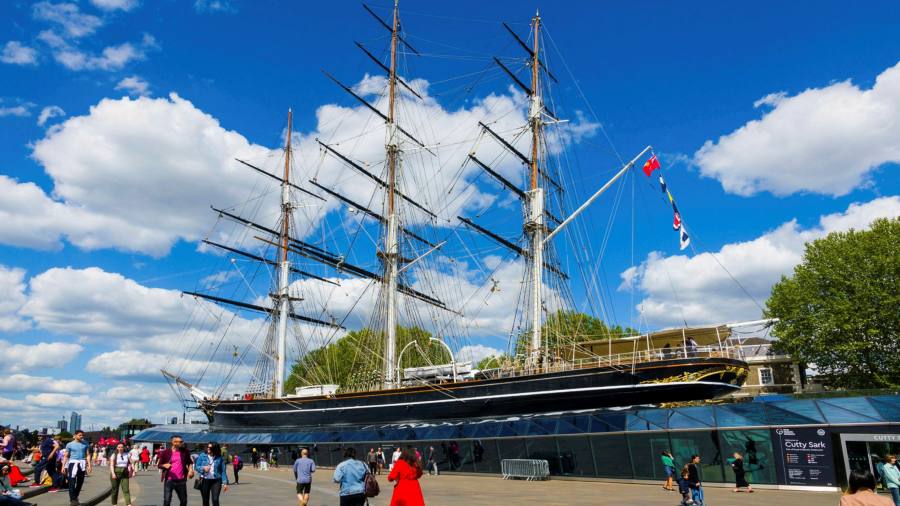 One of Britain’s best-known entrepreneurs has resigned as chair of a prestigious museum group in protest at ministers purging his board as part of a culture war being waged by the government.

Sir Charles Dunstone, the billionaire founder of Carphone Warehouse, quit as chair of the Royal Museums Greenwich after the government refused to reappoint a trustee whose academic work advocates “decolonising” the curriculum, according to several people familiar with the events.

The dispute is the latest in a concerted campaign by Boris Johnson’s government to reset the balance of opinion at the top of Britain’s cultural and media institutions, largely through an aggressive approach to board appointments.

Royal Museums Greenwich oversees some of Britain’s most popular cultural destinations including the Cutty Sark, the Royal Observatory and the National Maritime Museum.

Dunstone warned Oliver Dowden, culture secretary, that he would resign as its chair unless he lifted his veto on a second term for Aminul Hoque, a Bangladeshi-British academic in education studies at Goldsmiths, University of London, according to people close to the situation.

Hoque told the Financial Times he was “shocked, disappointed and baffled” by the minster’s unexplained decision. Colleagues at the Royal Museums Greenwich described him as a “devoted and conscientious” trustee.

Dunstone, who left as chair with immediate effect in February after Dowden refused to reconsider his decision, declined to comment.

In the latest full reporting year (2019/2020), ministers in Dowden’s culture department announced 92 appointments in total, of which 31 were reappointments.

With the enthusiastic support of Downing Street, Dowden has so far blocked multiple reappointments at top institutions, with the explicit intention of replacing them with more like-minded allies.

This has included vetoing a second term for two female board directors of Channel 4, the state-owned and privately funded broadcaster. Dowden this week nominated Robbie Gibb, a former Downing Street director of communications, to the BBC board.

Allies of the prime minister say that Paul Dacre, the former long-serving editor of the Daily Mail, is frontrunner to become chair of Ofcom, a decision expected in coming weeks. Nicky Morgan, the former Conservative culture secretary, is also tipped as the next chair of Sports England.

One chair of a big institution likened the Johnson government approach to “cultural cleansing”. Another person who has negotiated appointments with Dowden described him as treating boards like “a fiefdom”.

Peter Riddell, the commissioner for public appointments, noted in a speech on Thursday that the government, had for 18 months “actively sought to appoint allies to the boards of public bodies”.

“This is not the first time this has happened. Such attempts tend to go in waves,” Riddell said. “What is different now is the breadth of the campaign and the close engagement of 10 Downing Street.”

Last September, Dowden wrote to museums and galleries warning that their government funding could be cut if they removed statues and other objects associated with the slave trade and colonialism.

Dowden acknowledged that some objects represented figures who had “said or done things which we may find deeply offensive”, but insisted that they played an important role in understanding the past.

One leading Conservative said there was “an expectation that members of a board should have a similar attitude to that of the government” on such issues.

“The general ethos is you should put things in context, not tear them down or remove them,” said one leading Conservative, who added that the culture department remained committed to targets for board appointments covering gender, race and disability.

Hoque was told about the veto by Dunstone in January but was never contacted directly by the government. After he sent two emails requesting an explanation, the culture department wrote to him on Friday to say there was no “automatic presumption” of reappointment.

This article has been amended to remove a reference to Mary Beard’s nomination as a British Museum trustee, which pre-dated Oliver Dowden’s time as culture secretary. Jacob Rees Mogg, as leader of the Commons, serves as an ex-officio trustee of the National Portrait Gallery and was not appointed by Mr Dowden.