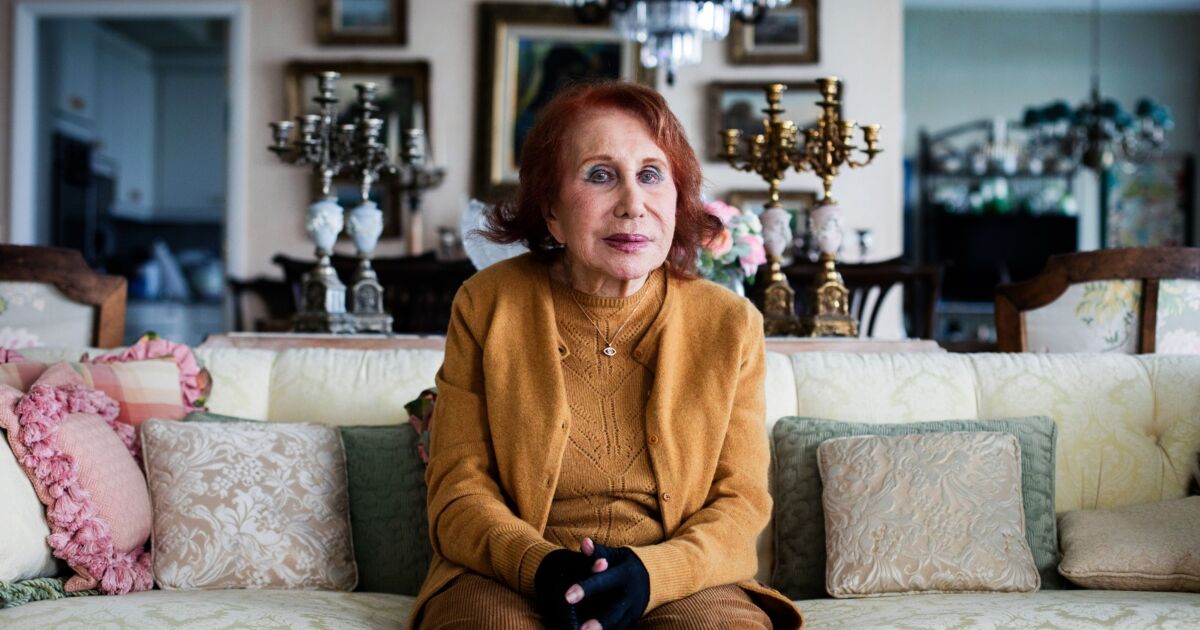 The wealthy Florida grandmother who accused her two grandsons of mishandling her money while working at JPMorgan Chase apparently has a soft heart.

Beverley Schottenstein, 94, has waged high-profile battles with the Wall Street bank and her financial advisors there — her grandsons, brothers Evan Schottenstein and Avi Schottenstein— for allegedly abusing their fiduciary duty and making fraudulent misrepresentations while handling her roughly $80 million account.

In the weeks after industry watchdog FINRA ordered J. P. Morgan Securities and the two grandsons in February to pay her a collective $19 million — with more than $9 million coming from Evan Schottenstein — she quietly reached a deal with her grandsons that’s more favorable to them.

Under the arrangement, which is buried in a previously-unreported filing made last month in federal court in Miami, she plans to accept from at least one of the grandsons less than what FINRA ordered.

The filing is part of a lawsuit brought by Beverley Schottenstein in Florida’s Southern District in February that sought to force the grandsons and their former employer to collectively pay her the nearly $19 million awarded by FINRA in her favor on Feb. 5. Evan Schottenstein, slapped with an order by the watchdog to pay $9 million in damages, nearly half the total amount, bore a brunt of the outsize award, FINRA’s largest in more than 2 ½ years.

Evidence that the wealthy matriarch has agreed to accept less than what FINRA ordered from at least one grandson comes via a March 18 ruling by the judge overseeing the Florida case.

The judge “administratively closed,” or suspended, the lawsuit, whose proceedings included a motion by the grandsons to vacate, or nullify, their portion of the FINRA award. The reason for suspending the case, the judge handling the lawsuit wrote, was that “the parties have reached an oral settlement.”

That both the matriarch’s lawsuit and the brothers’ associated attempt to wipe out their FINRA-ordered obligations were suspended signals that the matriarch has agreed to receive less than the eye-popping $9 million that FINRA ordered Evan Schottenstein to pay her. The filings show that she agreed not to force the grandsons to pay the full amount, and that the grandsons agreed not to seek a court to void their payments.

In that negotiated middle ground, how much less will she accept from her grandsons? Peter Fruin, a lawyer for the two brothers, won’t say. “I think the record indicates that the parties are negotiating a resolution,” says Fruin, chair of the securities and financial services practice at Maynard Cooper Gale. “I believe a resolution has been reached.” He declined to comment further, saying only that the “oral settlement” was “confidential.”

Scott Ilgenfritz, a lawyer for Beverley Schottenstein, declined to comment on the FINRA award or the “oral settlement,” saying only that the Florida case had been “administratively closed by the judge.”

The high-profile Schottenstein case has made waves across the financial advice industry because it highlights the tangles that emerge when advisors manage a relative’s money. Beverley Schottenstein lives in the wealthy enclave of Bal Harbour, Florida, and is an heir to a retail empire that later included stakes in shoe retailer DSW, clothing chain American Eagle Outfitters and American Signature Furniture. She had accused JPMorgan and her grandsons of making unauthorized trades in risky securities known as “auto-callable structured notes,” orchestrating unauthorized investments and buying and selling shares that she didn’t pre-approve.

On April 7, FINRA banned Evan Schottenstein for life from working as a broker or in association with a broker-dealer firm. He worked at J.P. Morgan Securities as a broker from 2014 to June 27, 2019, when he was fired over his handling of his grandmother’s money, according to a note the bank entered into his FINRA BrokerCheck record. Before that, he worked at Morgan Stanley and Citigroup.

The FINRA award by a three-person arbitration panel came after a knock-down fight over 18 months and 43 hearing sessions conducted remotely by Zoom during the COVID-19 pandemic. In a March 8 filing in the Florida lawsuit, the grandsons cited arbitrators napping during online sessions as one reason to void their portion of the award, with one arbitrator, they alleged, “dozing off or sleeping on 54 occasions.”

Administrative closure of a lawsuit doesn’t mean the judge has dismissed the case. So if the “oral settlement” between the matriarch and her grandsons falls apart, the famously litigious family could be back in court. “If the parties fail to finalize a written settlement agreement and comply with the agreed payment schedule, they move to reopen the case,” the judge’s March 18 order says.

J.P. Morgan Securities appears to have already taken care of its roughly $9 million share of the FINRA award to Beverley Schottenstein. Under the watchdog’s rules, it has 30 days in which to pay or risk suspension. That the lawsuit was “suspended” because an oral settlement was reached between all the parties, including the bank, indicates that the bank has taken care of its obligation. Spokespersons for JPMorgan Chase didn’t respond to requests for comment.

The $19 million award held J.P. Morgan Securities liable to Beverley Schottenstein for $4.7 million in compensatory damages and nearly $4.3 million tied to a private equity investment in a fund run by Coatue Management. It held Evan Schottenstein liable for damages of $9 million; likewise, it held Avi liable for more than $602,000. Evan Schottenstein and the bank were also ordered to each foot half of the grandmother’s legal bills.