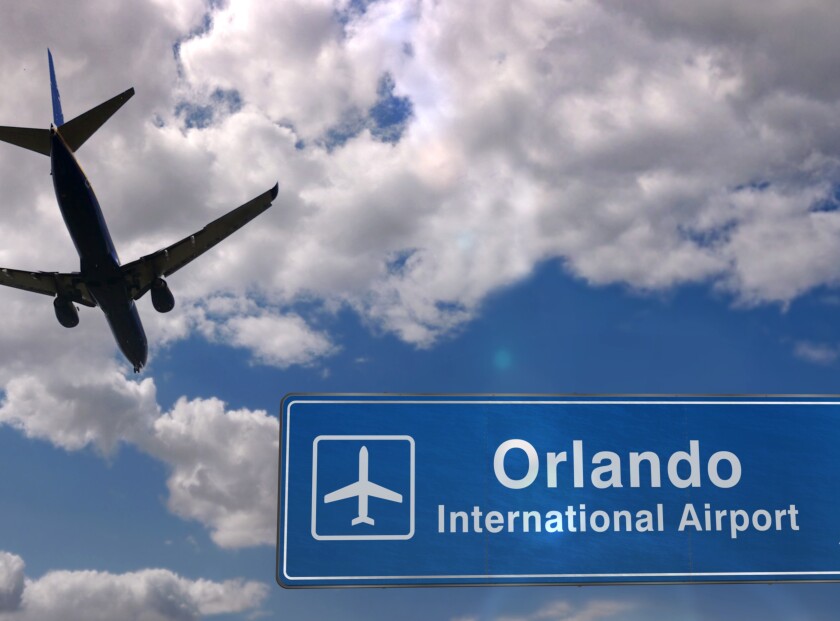 Fitch said the outlook revision reflected the recovery in passenger traffic, which has now surpassed 50% of pre-pandemic boarding. The authority operates the Orlando International Airport and the Orlando Executive Airport.

The authority’s financial and capital management throughout the coronavirus pandemic, as well as Orlando’s status as a top destination for holiday travelers historically, backed up the outlook revision, according to Fitch.

“Given the progress of vaccination deployment, Fitch believes there are reasonable expectations for a continuation of the current recovery trajectory,” the agency said in a statement. “A combination of the approved federal aid packages as well as revenue streams derived from the participating airlines and commercial tenants should enable GOAA to preserve stable leverage, liquidity, and coverage metrics in the near term.”

Still, Fitch said it doesn’t expect to raise the authority’s ratings in the near future because of uncertainty surrounding the economic recovery.

S&P Global Ratings rates the senior bonds A-plus and assigns an A rating to the subordinated bonds. Last week, S&P revised its outlook on the credit to stable from negative as part of its overall review of 185 transportation credits across the United States.

“We view the business conditions and landscape for U.S. transportation infrastructure issuers as markedly improved since the beginning of the year,” S&P said. “Specifically, we believe current positive trends — combined with substantial amounts of federal grants to the transit and airport sectors — have reduced the likelihood of weakened credit quality among the issuers that we rate.”

The authority’s bonds are rated Aa3 with a stable outlook by Moody’s Investors Service and AA with a developing outlook by Kroll Bond Rating Agency.

Starting in March 2020, airport passenger volume plunged as the pandemic decimated air travel. Fitch noted enplanements in Orlando in fiscal 2020 were down 41.5% compared to the same period in fiscal 2019. Through the first six months of fiscal 2021, passenger volume there was outperforming the national average.

The authority’s revenues in fiscal 2021 are currently exceeding budget by 14%, Fitch said, adding it expected the authority to maintain financial stability further supported by federal grants.