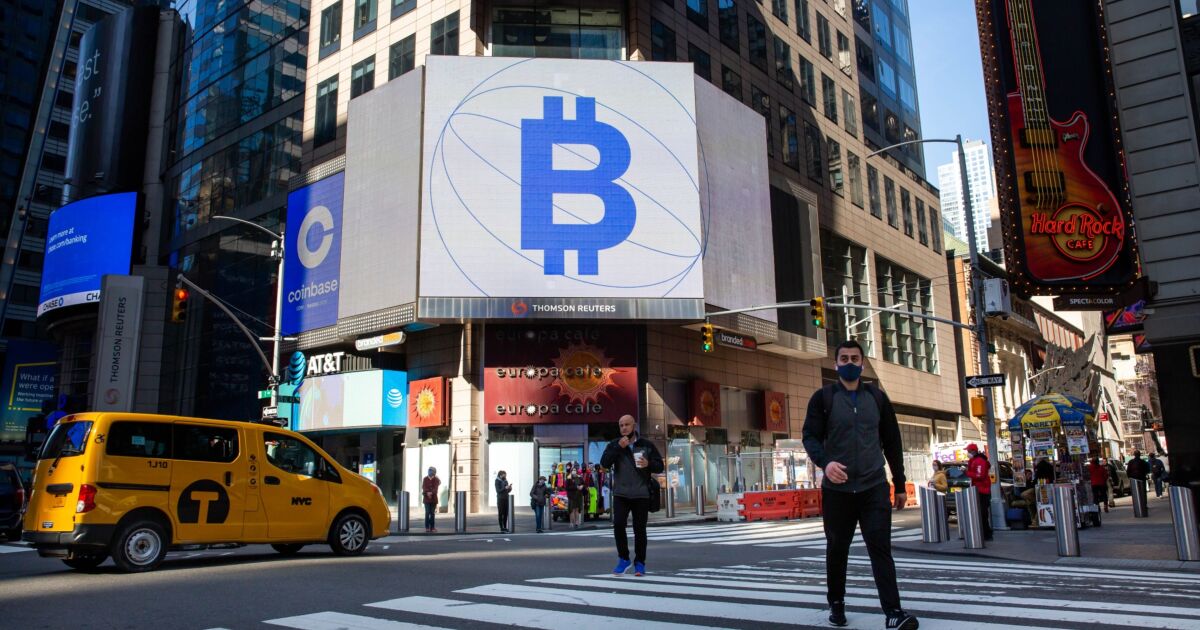 Prime Trust, an API-based custody and clearing firm that specializes in digital assets, will provide custody services as well as payment processing, tax reporting, asset liquidity, transaction settlements and BSA compliance. With AdvisorPeak’s trading technology, advisors can hold a variety of different assets like Bitcoin in a variety of different accounts.

“This is something that has been our radar for several years, but we weren’t seeing the demand from advisors. So it’s always been on our backburner a bit,” says Deru, who founded AdvisorPeak after selling his previous company, TradeWarrior, to Oranj. “With the rise of digital assets over this last year in particular, a lot more retail investors are getting into it, and that’s what’s driving conversation with advisors.”

Currently, if advisors want to trade and advise on cryptocurrencies, they have to open an account on a separate, retail-facing app like Coinbase that lacks integration with the rest of their technology. On AdvisorPeak, they can manage digital asset accounts in concert with traditional custodial accounts and see the client’s cryptocurrency holdings as part of the client’s overall portfolio, Deru says.

The partnership also gives advisors the ability to incorporate digital assets into household-level trading and rebalancing. For example, if a client wants 1% of his or her 60/40 portfolio directed towards Bitcoin, the advisor can do that within AdvisorPeak and automatically rebalance if the volatile currency drifts too far from the desired allocation, Deru says.

“Overall, the idea is that they can have their Schwab, Fidelity accounts, etcetera, plus Prime Trust digital accounts and be able to trade and rebalance holistically,” he adds.

If the digital asset market were to dip dramatically, Deru admits that it wouldn’t be as easy to move money into a Prime Trust account as it would a traditional brokerage account. The hope is that this will improve as more custodians and financial institutions embrace cryptocurrencies.

Deru claims AdvisorPeak is the first fintech on the market to bring this capability to market. iRebal, which is now owned by Charles Schwab after the TD Ameritrade acquisition, can support cryptocurrencies and non-tradable assets, but does not support trade execution, according to a spokesperson for the Schwab unit.

“Advisors would have to manually perform the trade elsewhere — at a different broker-dealer,” the spokesperson said in an email.

Orion Advisor Solutions declined to comment on whether they support any digital assets or if they are working to include similar functionality on their trading or portfolio management systems. Envestnet Tamarac did not respond to a request for comment, and SS&C Black Diamond was unable to respond by publication.

Tyrone Ross, CEO of Onramp Invest, a forthcoming company he says will create an ecosystem for financial advisors to invest in bitcoin and other digital assets, says he loves the development from AdvisorPeak and that the wealth management industry needs more services like it.

“Hopefully it means that financial advisors now are going to have the tools that they need to model, plan, rebalance, all of those things for those clients [interested in cryptocurrency,” Ross says.

When Ross first started talking to clients about bitcoin six years ago, he had no visibility into their holdings, which held back his ability to incorporate digital assets into the rest of their plan, he says. “What [Onramp] is trying to do, what [AdvisorPeak] is trying to do, is create an ecosystem that doesn’t exist for financial advisors to access digital assets.”

“What’s even bigger here is that it’s a solution for independent advisors,” Ross adds, helping them keep pace with brokers at institutional firms.

Though Ross is quiet on details regarding Onramp, he can envision possibly integrating with AdvisorPeak someday.