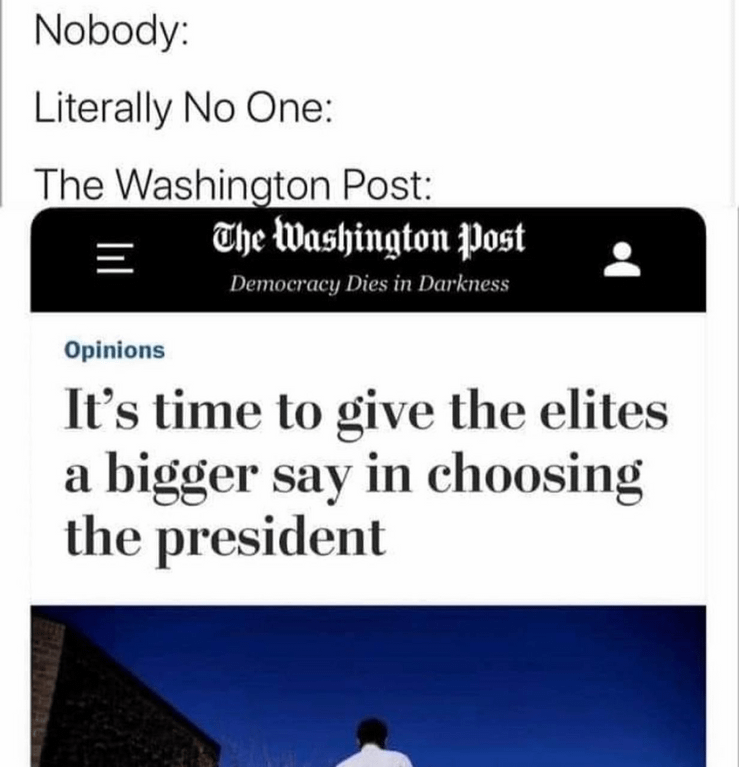 Washington Post says elites need a bigger say in choosing the President. The elites already sway election with their dollars and services to have a big enough impact on things.

Seems like they reworded the headline after some backlash:

The original article is over a year old if anyone wants to give it a visit:

While this is an opinion piece from a year ago, with a headline now changed, it blends perfectly with the cabal of elites Time Magazine refereed to:

So while it’s an old opinion piece, it still feels pertinent today.