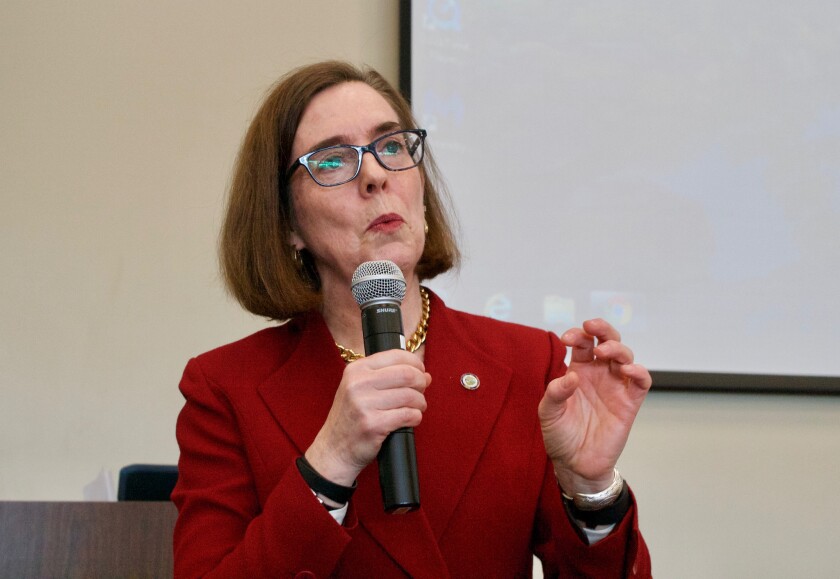 Oregon posted a turnaround revenue forecast this week that could make the state’s residents eligible for a “kicker” refund.

If the state stays on the positive trend, it could mean a $570.5 million kicker, the unique payment under Oregon law that returns some personal income tax collections back to residents if the state’s revenue comes in more than 2% above initial projections.

The economists in Oregon’s Office of Economic Analysis cautioned, however, that the kicker credit is far from a sure thing since the tax season has yet to get under way.

“There is currently a two-in-three chance that a kicker will be triggered when the biennium ends,” the economists wrote.

The forecast does an about face from expectations last year that revenues would miss expectations by $2 billion. Now lawmakers are expected to have $800 million to work with this session, according to Oregon’s Office of Economic Analysis.

Lawmakers received word of the improved forecast just before the release in early March of the first-draft proposal for the state’s two-year budget.

Republicans reacted to the news by urging fiscal caution, while Democrats noted that the boost will help the state shoulder increased costs from the COVID-19 pandemic.

“Even with this good news, it is important to move forward cautiously, as the road ahead remains unpredictable,” Gov. Kate Brown said in a statement. “We also know that many Oregonians are still struggling with job losses, underemployment, and making ends meet.”

It’s not certain that the improved revenues can forestall budget cuts, however.

Though the state anticipates more money than expected, the economists wrote it may not be enough to avoid cuts as the demand for services increase and costs rise.

The Oregon economists pointed to two main drivers for the improved outlook: an unprecedented amount of federal aid, which translated into around $1.5 billion in additional state income tax liability, and that the stock market and corporate income have remained steady unlike previous recessions.

“The governor is lucky to have gotten such a windfall,” said Senate Republic Leader Fred Girod, R-Lyons, in a statement. “Too many working people aren’t so lucky. They have been asked to sacrifice by tightening their budgets. It’s time for their government to do the same for them.”

State reserves are also estimated to be about $3.09 billion by the end of the fiscal years 2019-2021 biennium.

The outlook for most major tax instruments was revised upward except for lottery sales, which are down because of restrictions.

Vast Stretches Of America Have Now Descended Into A State Of Deep Economic Hopelessness
Gold and silver prices spike, but can rally last? Jim Wyckoff on the long-awaited bull market
Biden prepares to announce string of tax rises for richest Americans
Florida continues to claw back jobs lost during COVID-19
Addressing The Housing Needs Of The Returning Veterans With Symptoms Of PTSD