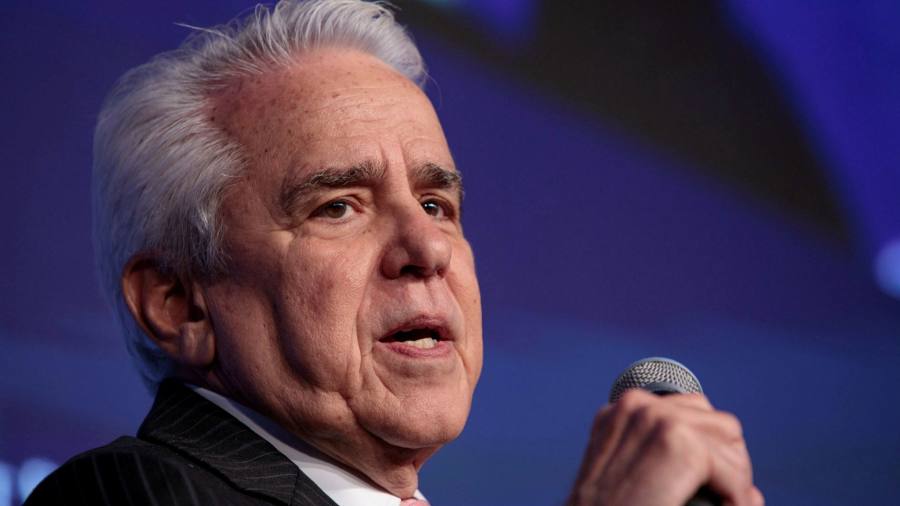 Shares in Petrobras tumbled and Brazil’s currency slid against the dollar after President Jair Bolsonaro moved to replace the oil producer’s chief executive following a dispute over fuel prices.

Petrobras’s São Paulo-listed stock fell 19 per cent on Monday, as investors reacted to the government’s nomination on Friday of an army general with no experience in the oil and gas industry as the new boss of the state-controlled group.

The news hit the broader market, with the benchmark Bovespa index falling 3.7 per cent. The Brazilian real at one point lost 2.4 per cent of its value and breached the threshold of R$5.5 to the US dollar, before recovering slightly to R$5.44 later in the day.

The abrupt decision over Petrobras came after Bolsonaro publicly criticised incumbent chief executive Roberto Castello Branco following recent increases in the price of petrol and diesel, which have sparked unrest among truckers and threats of strikes.

The rightwing populist leader has insisted that his actions did not amount to “interference” in the company, but they have raised concerns among international investors that the Brazilian government intended to take a more interventionist approach to the economy ahead of presidential elections next year.

Many in Brazil’s powerful business lobby backed Bolsonaro when he ran for the presidency as an outsider because they believed he would implement an ambitious privatisation and deregulation programme and reform the constitution to improve public finances.

But apart from a big pension reform passed in 2019, most of the main changes have failed to happen. As the election approaches, markets are growing increasingly nervous that Bolsonaro will turn on the spending taps to win another term.

Brazil-watchers are now keeping a close eye on the future of Paulo Guedes, the country’s hawkish finance minister, who has repeatedly pledged to roll back the state’s role in the economy but is known to be frustrated at the slow pace of reforms.

The market ructions were “a reflection of the growing concerns, or diminishing optimism, that was generated with the current government’s initial reform proposal”, said Pablo Riveroll, head of Latin American equities at London-based asset manager Schroders. “A positive message from the finance ministry would help.”

At the centre of the disagreement between Bolsonaro and the Petrobras chief executive is the company’s policy of setting fuel prices in line with international levels.

“If that’s reiterated [and] new management says we stick to the pricing policy — that would also help,” Riveroll said.

Fears of more government intrusion into business were stoked over the weekend as the Brazilian president, a former army captain, hinted that similar moves might be on the way.

“If the press is worried about yesterday’s switch [in CEO], next week there will be more,” said Bolsonaro. “We will put a finger on electricity, which is also a problem”. 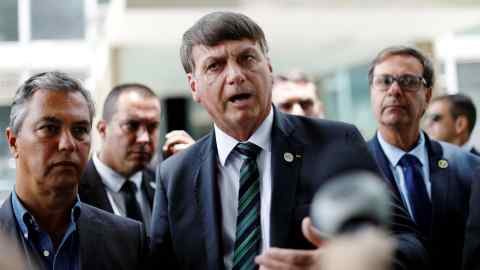 Shares in Eletrobras, Latin America’s biggest power utility, fell almost 7 per cent before paring losses to 3.5 per cent. The government recently said the electricity provider was on a list of state-controlled companies it intended to privatise.

Pedro Lang, an analyst at Valor Investimentos, said the market was “opening in despair”.

“This insecurity, fear of what may come, of what the next interferences will be, we are afraid of,” he added. “Today is going to be a long day.”

The board of Petrobras is due to meet on Tuesday to discuss the proposed appointment of Joaquim Silva e Luna, a general in the reserve army who was defence minister under former president Michel Temer, as the oil producer’s new chief. At present, he heads hydroelectricity generator Itaipu Binacional. Castello Branco’s term as chief executive is set to expire on March 20.

The Brazilian state holds about 36.8 per cent of Petrobras, but 50.5 per cent of the voting rights.